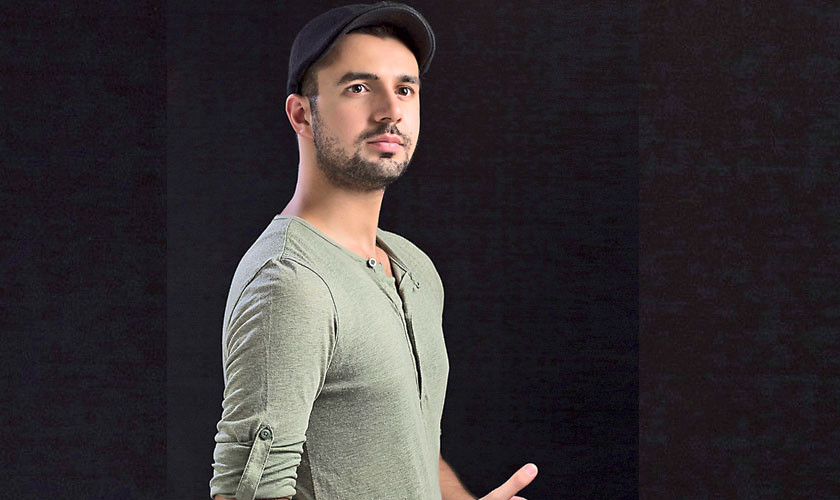 Nuh Omar is a Pakistani filmmaker who has worked in film and advertising all over the world. He attended New York Film Academy and Full Sail University, where he graduated as a valedictorian. Ever since he was a child, Nuh knew he wanted to be a filmmaker. “My grandfather had a library of old VHS movies that I watched. I knew I wanted to make movies since I was 5, and my mom never discouraged my dreams, ”says Nuh. He officially started his career in 2007 with music videos, shorts, documentaries and commercials and also worked as an assistant director.

His film ‘Mojiza-E-Fun’ (The Miracle of Art) about South Asian sculptor and art pioneer Shahid Sajjad was presented at the Engro Excellence Awards. He has written and directed over 100 episodes for the “The Fortress of Dorkness” YouTube web series. He is a fan of science fiction and fantasy, especially magical realism. He has lived and worked in Los Angeles, New York, Karachi and Dubai. These days, Nuh is working on three projects for television, two feature films and a short film. “The work I’m doing with New York writer Mark Davis on ‘The Alexandrian’ is the first one, and I’m currently writing my own TV project, called ‘I’m Here’. And of course I’m working on it. ‘The Fortress of Dorkness’ show on YouTube, “Nuh tells us. In an exclusive interview with you! this talented director talks about his work and his likes and dislikes …

I’m a director and writer by training, but I don’t think you really specialize in a particular area of ​​cinema. I’ve done shorts, commercials, documents, music videos, promotions, bumpers, and now I’m heading into TV and feature films.

My favorite genres in cinema are fantasy and science fiction, especially magical realism. I love, of course, the classics, like “Lord of the Rings”, “Star Wars”, etc. But I’m a big fan of some of the ones you don’t usually see as the mainstream giants of pop culture, such as “The Dark Crystal”, “Willow” and “Blade Runner”.

Gosh, something like 25-30+ shorts, commercials, and web ads. Over 100 episodes of web series. Now entered television and feature film which is a bigger engagement.

My film about the late sculptor Shahid Sajjad, “Mojiza-e-Fun” (The miracle of art).

Steven Spielberg. His “Jurassic Park” inspired me to become a filmmaker.

The late and great Omar Sharif. ‘Lawrence of Arabia’ is one of my three best films.

I love playing pranks on people, but it doesn’t always turn out the way you want it to!

Dishonest, unable to accept his faults.

A baby photo of my little brother that I have had in my wallet since I was a child. He has moved with me from portfolio to portfolio over the past 25 years.

To be idle, not to be able to explore. I have to keep the cogs moving at all times and discover and try new things, which hasn’t been easy last year with Covid and all the lockdowns.

I have, and I have actually done some work here as well. It’s just a tough market to sell projects like mine, like magical realism stories for example. In addition to some cultural restrictions on the types of topics you can discuss here in your stories. It’s very limiting as a storyteller.

‘Village Lantern’ by Blackmore’s Night. If you like folk and fantasy, I highly recommend it.

One of the earliest civilizations, ancient Sumer.

Two toys: Masters of the Universe Origins He-Man & Skeletor. Huge MOTU fan, and these vintage number updates were too good to pass up.

At the moment, I am re-reading the works of JRR Tolkien in chronological order, starting with “The Silmarillion”.

Logging! Writing with a cup of coffee in hand is the most calming way to express myself and relax.

I’m pushed into conversations I’m not a part of. I’m a social butterfly, but I love my privacy and it’s uncomfortable to be forced into a situation that you’re not involved in.

A tossup between the Natural History Museum of Los Angeles or House of Secrets in Burbank, CA.

Communicate, be honest and trust. A relationship is not a one-way street, and both parties need to understand this.

I am a huge nerd! Besides movies, I love comics and old cartoons from the 80s and 90s. I have been described as an encyclopedia of pop culture. I also like to collect figurines as a hobby. I have hundreds of them, and they’re actually useful when you’re creating a script or setting a scene for a movie!

Lying alone in my bed or spending time with someone I care for. Watch cartoons from the 80s and 90s with a cup of coffee nearby.

Always do what I love, tell stories.

I would probably move to Los Angeles, it’s home away from home, but I love to travel. You go where the work is, so you never really set yourself up anywhere in this industry. I think with the kind of storytelling I’m doing, America is the perfect place to channel my creativity right now.

Realize the project of my dreams and use the profits to launch an initiative. I want to help people who don’t have the capacity to help themselves. Something to help create opportunity for others, of course.