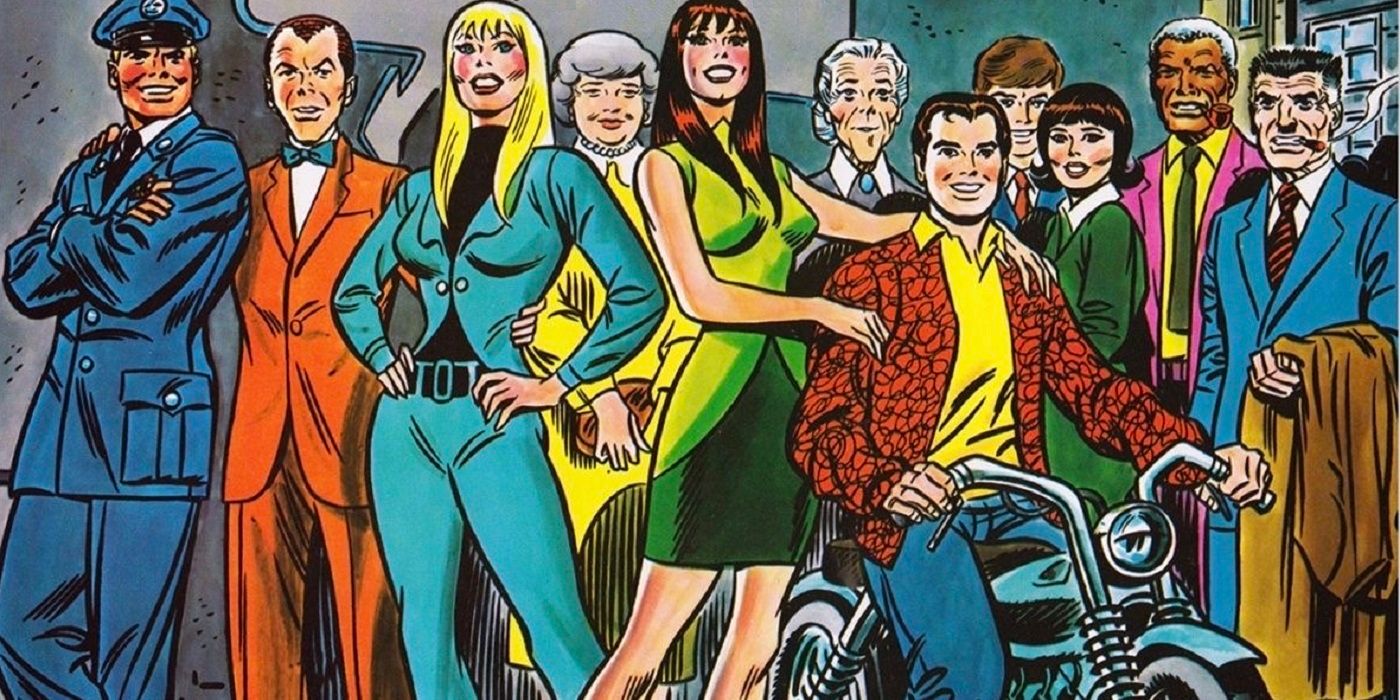 In the latest Comic Book Legends Revealed, find out which member of the classic Spider-Man supporting cast had their original origin altered by Stan Lee.

Welcome to Comic Book Legends Revealed! This is the eight hundred and thirty-sixth episode where we take a look at three comic book legends and determine if they are true or false. As usual, there will be three posts, one for each of the three captions.

John Romita’s run as artist/co-plotter/plotter on amazing spider man is one of the weirdest runs in comics history, as Romita himself noted that for the vast majority of his run he felt like he was essentially a stand-in artist on the show . It’s unfair, of course, because Romita’s run on the book was obviously a major aspect of the book going from one of Marvel’s best-selling comics to one of PERIOD’s best-selling comics and a godsend licensing, with an entire generation of fans knowing Spider-Man pretty much solely as the John Romita version of the character (until Todd McFarlane revamped Spider-Man’s design, the Romita version of Spider-Man was the predominant version of Spider-Man in the eyes of most casual fans and even today, Romita’s Spider-Man is probably still how many fans “view” Spider-Man). However, in John Romita’s mind, the series was Steve Ditko’s book and he was just filling in until Ditko wanted the book back. Obviously, even Romita noted that after about four years he realized that this would never happen and that the book was “his”, and Romita adapted better to his role as “the “Spider-Man guy, but as he pointed out to Pat Jankiewicz in cartoon scene #33, “That’s why I always felt like a temporary artist.”

RELATED: When An Avengers Story Got “Unusable,” Things Got Really Crazy

In the early issues of the series, Romita tried to do more or less her best version of Ditko, but in amazing spider man #50, Romita’s style was felt (I usually point to amazing spider man #47 like the point where Romita was finally, like, “Okay, forget it, let me do some of my Romita-ness on this book”, but you could discuss her conception of Mary Jane Watson in amazing spider man #42 has already done this). Meanwhile, Romita was still working somewhat closely with Stan Lee on the plot of the book, but as Romita noted in this same cartoon scene Item #33, plotting with Lee would usually be like, “I created the Kingpin’s look. Stan was writing down the character’s name and I found a card with the word ‘Kingpin’ on it. Next month’s villain will be the Kingpin. It would be up to me, when I did the panel where he first appears, to find an interesting character. It was my idea to make him bald, 400 pounds and dressed like a tycoon. I wanted him to be as different as possible from a normal thug so it would be a nice combination when thugs were used against him it worked really well i had a lot of fun doing all the kingpin stories.

This is the Kingpin’s first appearance in amazing spider man #50, a number that is of course best known for the “Spider-Man No More!” aspect of the book, although it has the first appearance of a character as important as Kingpin…

Around the same time, Romita and Lee introduced Joe “Robbie” Robertson, the town editor of the Daily Bugle and one of the very regular black supporting characters on a major series like Amazing Spider-Man. It first appeared in amazing spider man #51 (by Romita, Lee and inker Mike Esposito, who also inked #50), unnamed…

In the next issue, however, with J. Jonah Jameson kidnapped by the Kingpin, Robertson had to intervene in a big way…

Interestingly, however, in this same cartoon scene #33 article, Romita explained how he set up a whole other origin for Robbie Robertson that Stan Lee smothered. He noted:

We had Robbie Robertson, the editor of the Daily Bugle City. We had a great response on the character. Robertson was invented, but in a benevolent way. We weren’t trying to cash in – we felt the real need to show [minorities]. Stan told me he wanted a Black City editor, but no one knew he was supposed to be a veteran – that’s why I gave him a broken nose. Originally, when I first gave Stan the character sketch, I drew him with a cauliflower ear. . Stan told me not to use it because young readers wouldn’t understand that stuff; they would think it was a badly drawn ear, and they would write asking, “Why can’t John Romita draw ears?” Stan never pursued Robbie’s origin, as a young black man fighting his way out of the ghetto who became a Golden Gloves boxer and then a town editor. Whenever I’ve created a character, I’ve always given it a background, something to hold onto.

I Believe It’s Only Decades Later in the 1980s by Gerry Conway Spectacular Spider-Man and Spider-Man web races that we really saw Robertson’s origins (they weren’t as a boxer).

Thanks to John Romita and Pat Jankiewicz for the great information!

SOME MORE LEGENDS OF ENTERTAINMENT!

Check out some entertainment legends from Legends Revealed:

2. What surprising Friends character was originally going to have a child?

3. Did Paul McCartney own the rights to the phrase “Ob La Di, Ob La Da” in a unique way?

4. Why were there no Spaceball figures?

Check back soon for part 2 of the legends of this episode!

The Batman Problem Who Paid A Promise Eight Years Too Late

CBR lead writer Brian Cronin has been writing comics professionally for over fifteen years now at CBR (primarily with his “Comics Should Be Good” series of columns, including Comic Book Legends Revealed). He has written two books on comics for Penguin-Random House – Was Superman a spy? And More Comic Book Legends Revealed and Why does Batman wear shark repellent? And other amazing comic book trivia! and a book, 100 Things X-Men Fans Should Know And Do Before They Die, from Triumph Books. His writing has been featured on ESPN.com, the Los Angeles Times, About.com, the Huffington Post and Gizmodo. He features entertainment and sports legends on his website, Legends Revealed and other pop culture features to Pop culture references. Follow him on Twitter at @Brian_Cronin and feel free to email him story suggestions for comics you’d like to see featured at [email protected]!

The daily cartoon and the live briefing: Sunday April 24, 2022