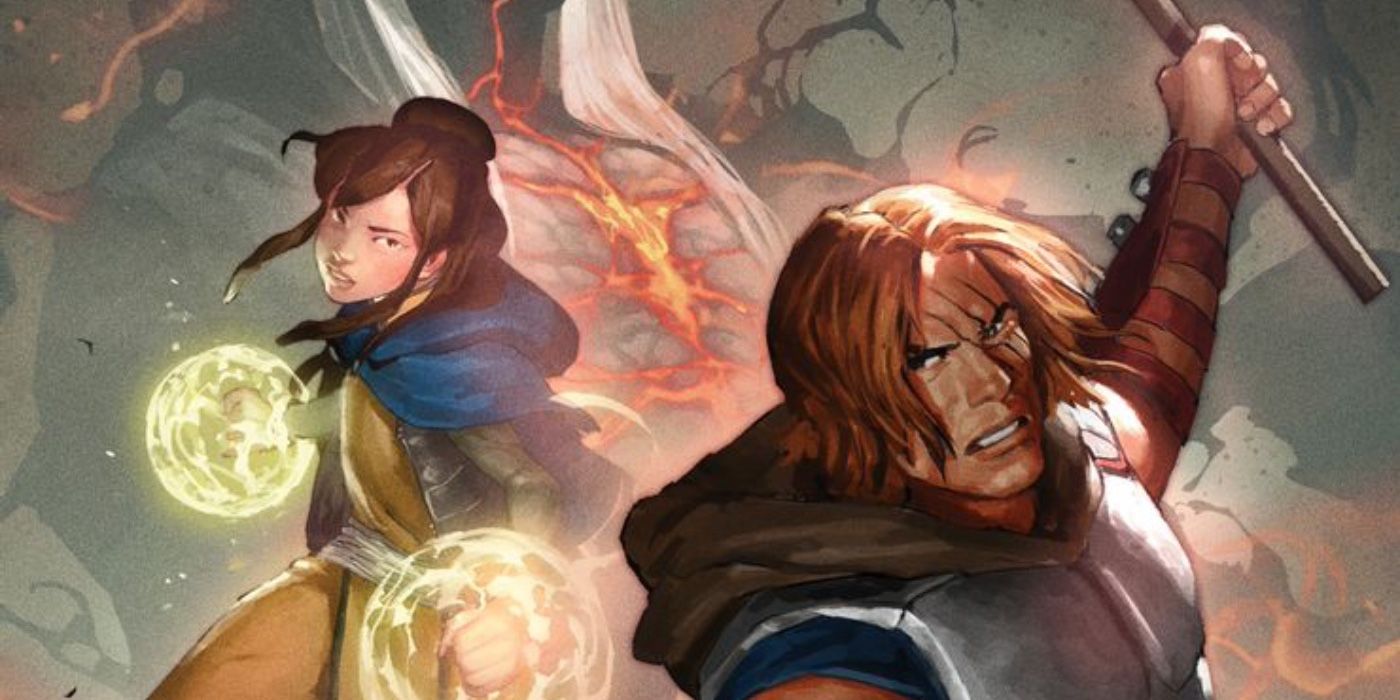 The Eternal warrior is part of The valiant comics’ most popular heroes, and the company will soon be launching a new Kickstarter campaign to bring fans the publisher’s first original graphic novel, Eternal Warrior: Scorched Earth. The latest in a series of Kickstarter initiatives from Valiant, Eternal Warrior: Scorched Earth is written by Tres Dean with illustrations by Alberto Taracido and cover by Gerald Parel.

Appearing in the first incarnation of the Valiant Universe, the Eternal Warrior is Gilad Anni-Padda, one of the three immortal brothers. More savage and violent than his siblings, the Eternal Warrior has wandered the Earth for countless centuries, fighting the good fight and meeting many other heroes of Valiant. He is sometimes assisted by the Geomancer, a special individual with the power to speak to Earth. The character was relaunched in 2012 for the new Valiant Universe and has been a mainstay of it ever since. The Eternal Warrior will now star in the publisher’s very first original graphic novel, and fans can be a part of it through the Kickstarter campaign.

Related: Interview: The Harbinger Returns To Valiant With A Mission: “Be Better”.

In an article on Comic Book Resources, Valiant gave an overview of the graphic novel’s premise, as well as the art preview, shared below. The Eternal Warrior and Tama, the Geomancer, investigate a series of mysterious fires. While most of the world considered them to be accidents, the Eternal Warrior and Geomancer are not so sure, believing they are the work of an ancient god of fire.

The real Kickstarter won’t launch until early November, with rewards ranging from digital editions to signed copies, but the first 250 fans to sign up for the campaign newsletter will receive special access on day one, along with a bookmark. showcasing the art of Taracido. Taracido was delighted to illustrate the adventures of the Eternal Warrior, calling it a “challenge”. Likewise, writer Tres Dean was thrilled to be working on the character as well, saying the concept of a â€œbig dude with an ax who lives foreverâ€ had sold him. He praised his collaborators, calling them “an incredibly talented creative team”.

Eternal Warrior: Scorched Earth is the next step for Valiant. The release of their first original graphic novel, which is nearly 100 pages long, is an incredible feat and shows the stamina and appeal of Valiant’s characters. Not content with just publishing it, Valiant takes it to another level through their Kickstarter, allowing fans to help bring this historic book to life. It’s also fitting that the Eternal Warrior, one of Valiant’s oldest characters (literally and figuratively), is the first to get an original graphic novel.

Valiant comics continues to grow in new and exciting ways, with movies featuring their characters as well as tabletop board games. Now, Valiant is ready for the next step, releasing their first original graphic novel, Eternal warrior: Burnt earth.

Shaun Corley is a pop culture enthusiast living in the Pacific Northwest. After stints in customer service and academia, he turned to writing about comics – his lifelong passion. He graduated from Radford University, with a degree in English. When he’s not reading comics, he enjoys spending time with his fiance and their dog.