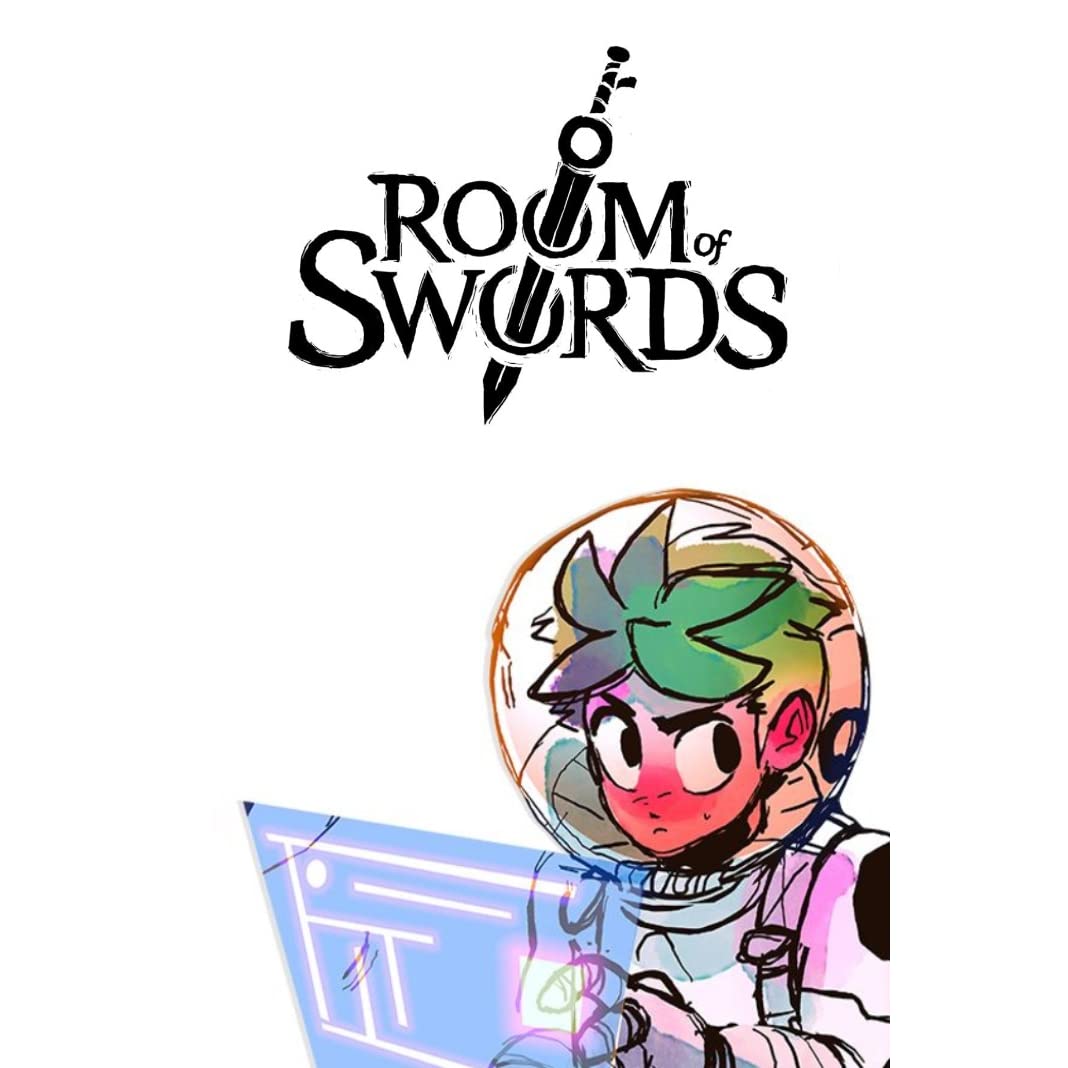 If there’s ever a “most surprising” webcomic for me this year, Sword Hall by Toonimated (Tara and Julian) is it. From the first few episodes, it might just as well come across as just another time loop / trapped in a video game / VR narrative, but after its first twist it becomes so much more. It’s a story of confronting figurative and literal demons, breaking out of the cycle, and finding the strength to move on.

Funny story: I first discovered WebToon (circa 2019) thanks to one of its YouTube trailers. Whether I’m not in the mood or because I clicked ‘ignore ad’, I was out of luck until I finally checked out WebToon last year. After reading the first 3-4 episodes, I forwarded this webcomic assuming it was another time loop / time travel story. Do not mistake yourself ; I’m a fan of these stories, but I also tend to be picky. I had just seen / read too many time loops or VR too. So I switched to other webcomics and I wouldn’t give Sword Hall another try until recently. I regret that I didn’t stick with this one the first time around.

Reader Warning: This review contains suicide references to the reviewer and his personal interpretation of the webcomic. If you are experiencing a mental health crisis, know that there is help. Call the National lifeline for suicide prevention (free and confidential) to talk about it. For readers outside the United States, please refer to this directory of international hotlines.

There will also be light spoilers for seasons 1-2, which will be marked if necessary. If you are interested in this webcomic but don’t want to know the important moments / clues in advance, you can watch this trailer instead.

Gyrus Alexei, originally from AD 2545, wakes up on an unknown planet. With a starfish-shaped tracker called Scout, he searches for his ship and captain. He meets a woman named Tori who hails from 1000 AD, then a cavewoman named Sylvia who hails from 1200 BC. Soon they discover dangers, enemies to defeat to earn one of the boss swords, and even potentially lethal forces that manifest once the black sun in the sky timer is raised.

Like I said before, I regret that I didn’t read past the first few episodes at the start. The creators take their time to unfold the narrative turns. Think of it as a blooming flower. The story begins with a seemingly simple plot. Three characters (and later more) meet and navigate an unfamiliar environment. As the stakes rise and the characters are forced to make tough decisions, the first petal unfolds. We are now at the first turning point, realizing that this story is more than it seems.

However, we don’t have a full picture yet (aka the Anthesis, when the flower fully blooms), and the creators, Toonimated, have done a phenomenal job of providing enough breadcrumbs along the way. Every plot point clicks effortlessly with the revelations between the events. It’s a layered story that doesn’t feel convoluted or overwhelming.

What begins as a time loop becomes a tale of trying to break free from a vicious circle. Gyrus’ character arc strikes me in more ways than one. The dark entity inside of him, locking that darkness in his mind, and how that darkness manages to break free – I can’t help but connect it to someone who is dealing with depression and / or other mental illnesses. Gyrus’ struggle not to give in to his fate resonates with me personally. I feel his despair and the desire to end it. Due to his past actions, other characters in the Sword Hall do not trust him. He doesn’t remember what he did, but he neither denies nor belittles it.

The relationship between him and Kodya (romantic!) Naturally settles down even when they’ve been through previous timelines together before. In fact, their dynamic gender reminds me of Adora and Catra from 2018 She-Ra to restart. Gyrus and Kodya encounter obstacles that threaten to ruin their happiness, including an abusive mentor who gets even meaner over time.

And the bad guy! Definitely one of the most dimensional and sunk antagonists I have ever encountered. I appreciate that while the story reveals a tragic past, it doesn’t justify the villain’s actions. I can’t reveal who it is because it’s a major spoiler, but trust me when I say you’re going to love to hate this character.

As a prose writer, I admire the storytelling techniques and the animated parts of Toonimated, but the music and sound effects amaze me. Fans of RPGs and video games will enjoy the chiptune style of music. The sounds that accompany certain episodes / scenes cool me down. From breaking a musical instrument to performing computer commands, the sound design really adds to the playing experience. (Note: Just a warning, please pay attention to the volume even when wearing headphones, as the sound effects might scare you.)

To sum it all up, Sword Hall serves as a well-constructed narrative about the cycles we may find ourselves in and the choice to stay or exit. I highly recommend giving it a go for the memorable characters and clever structure.

Sword Hall is available for reading on WebToon.

Brahidaliz (pronounced Bra-da-leez) graduated in 2019 from the Masters program in Creative Writing at American University. They are Submission Editor for Uncanny Magazine. Their diverse areas of interest include intersectionality in apocalyptic and disaster films, artificial intelligence, writing for animation, YA SFF, and LGBTQ + portrayal in children’s media.

Read our before commenting.
Do not copy our entire content from other websites. Links are encouraged.
Copyright Â© The Geekiary