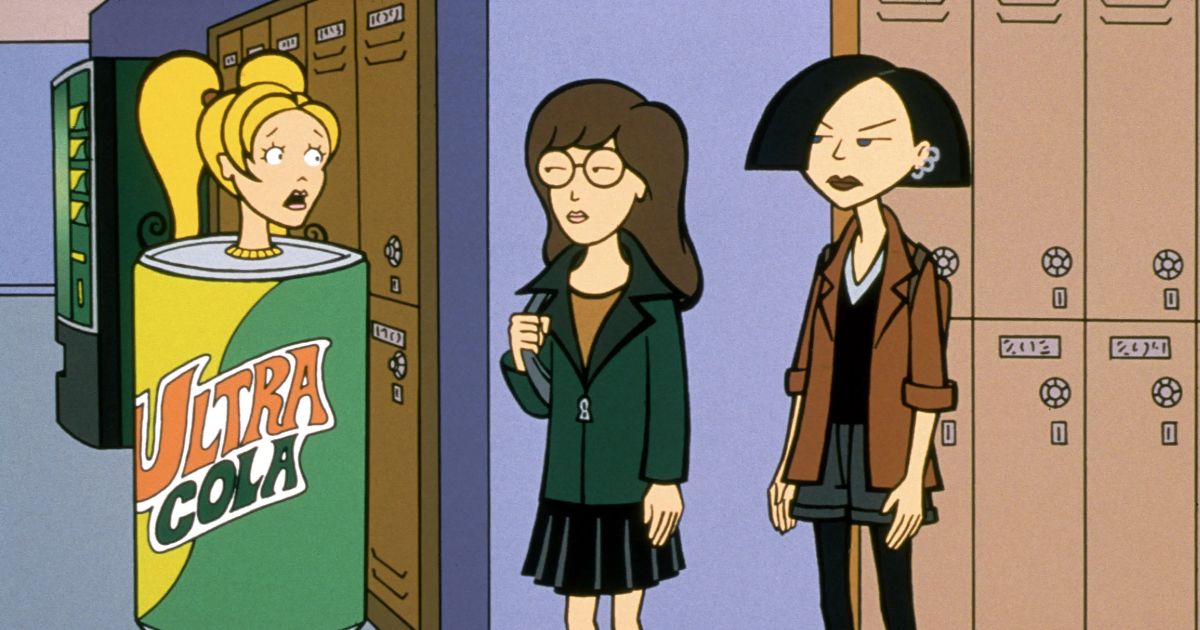 These 90s Cartoons Should Get A Live-Action Movie

Live action cartoons seem to be a major category in Hollywood, with people looking forward to some live action movies, like Avatar: The Last Airbender. Since there’s such a huge fan base of 90s cartoons, maybe it’s time to amp up the nostalgia by bringing some of these characters to the big screen with live action and CGI.

Darya is a spin-off of the MTV series Beavis and Butthead. With Daria Morgendorffer appearing for the first time in Beavis and Butthead, the character is highly intellectual, but pessimistic, and constantly criticizes popular culture and social classes. The show exaggerates high school life and is therefore an interesting watch filled with irony and comedy. Have a Darya live action would be the icing on the cake, as it would take a hilarious take on the popular trend. The excitement over the Darya spin off, Jodie is an example of how this particular series has a huge influence on a large audience.

These are MTV’s best original shows

This Cartoon Network series has been an all-time favorite of wide audiences for decades. A new live-action series from The Powerpuff Girls was developed by the CW with Dove Cameron, Yana Perrault and Chole Bennett in the lead roles of Bubbles, Blossom and Buttercup. However, the leaked script did not receive positive feedback from fans. Again, CW seems adamant on going ahead with the reboot, as it appears to still be alive. Maybe a better alternative would be to have a live-action movie that sticks to the trio being power kids, like in the original show. It would invoke nostalgia and might do the classic characters justice.

There was news in 2020 that Universal Pictures and Scholastic Entertainment teamed up to make this 90s cartoon into a live-action movie with Elizabeth Banks playing the role of Mrs. Frizzle. This particular series is a huge franchise that also has a book series. The Magic School Bus, as the title suggests, features a school bus that allows teacher Mrs. Frizzle to take her students on bizarre adventures. Explorations aren’t limited to locations, as we see the group travel through time and learn about science and its wonders. Interestingly, a live-action version of this cartoon would be absolutely remarkable, as it would be a fantastic film that explores a variety of times and places. Also, since the kids in the cartoon come from different backgrounds, a diverse cast can be expected.

Ed, Ed and Eddy follows three preteen outcasts who have very similar names. What makes the show absolutely hilarious are their contrasting personalities, as well as their inability to succeed in their attempts to steal money from the other kids. The trio of Ed, Edd and Eddy are a bit like the infamous Three Stooges, as they always end up humbling each other. This Cartoon Network series is also the latest cartoon to use cel animation, which requires so much effort. Bringing such a comedic journey to life would not only be a nod to a cartoon-like historical landmark, but it would also be an exciting, laugh-filled ride for viewers.

These are the weirdest 90s cartoons we can’t forget

Dexter’s Laboratory is all about a genius boy named Dexter, who keeps making crazy inventions in every episode. His secret laboratory is his lair where all ingenious creations take place. However, none of these inventions end up achieving their goals, as their over-excitement and neglect often destroy them. We also see Dexter’s hyperactive, but quite vibrant and cheerful sister, Dee Dee, who seems to be the only one in the family who knows about Dexter’s secret lab. A live action film by Dexter’s Laboratory would be hectic and involve all sorts of experiences and havoc. The film would of course require a good layout and an intense amount of CGI as the main layout of the series is the highly complex lab. Either way, bringing this awesome boy to life would definitely create a huge fan base.

The Wild Thornberrys is an exciting cartoon that aired on Nickelodeon. The series follows a very particular family, with very different personalities, who document wildlife for their show called “Thornberries“, while living in a trailer. The series’ protagonist is Eliza Thornberry, voiced by Lacey Chabert, the youngest daughter, who has a gift that allows her to talk to animals. She has a pet chimpanzee, voiced by Tom Kane, named Darwin, who is more human than her little brother, Donnie, a feral boy adopted by the Thornberry family. The 2002 The Wild Thornberrys movie information was a spectacular animated film that included a story where Eliza lost her gift. A live-action version of this series would definitely be a fun movie set in the jungle. It’s also likely that such a film would illustrate how to live a greener life as the Thornberries lived a life rooted in nature and free of urban pollutants, such as plastic. This would be an ideal message for the issue of climate change.

This 90s animated horror comedy series airs on Cartoon Network. Courage the cowardly dog consisted of 52 episodes and focused on a family that lives in the middle of nowhere, in a place called Nowhere. Courage, voiced by Marty Grabstein, is a small dog, and the title refers to his juxtaposed characteristics. Even though Courage is still scared and quite a coward, he ends up saving Muriel, voiced by the recently deceased Thea White, and also (inadvertently) her husband, Eustace, who constantly bullies Courage. This cartoon would be perfect for a live-action movie, not only because it’s loved by almost every 90s kid, but it has the perfect amount of creepiness and comedy to make the viewer laugh, while giving her the creeps at the same time. time. Of course, an animated Courage would be needed, as Courage is no ordinary dog. He is quite intelligent, lively and talks too. A live Courage would mean a dog who constantly says “the things I do for love”, while breaking the fourth wall.