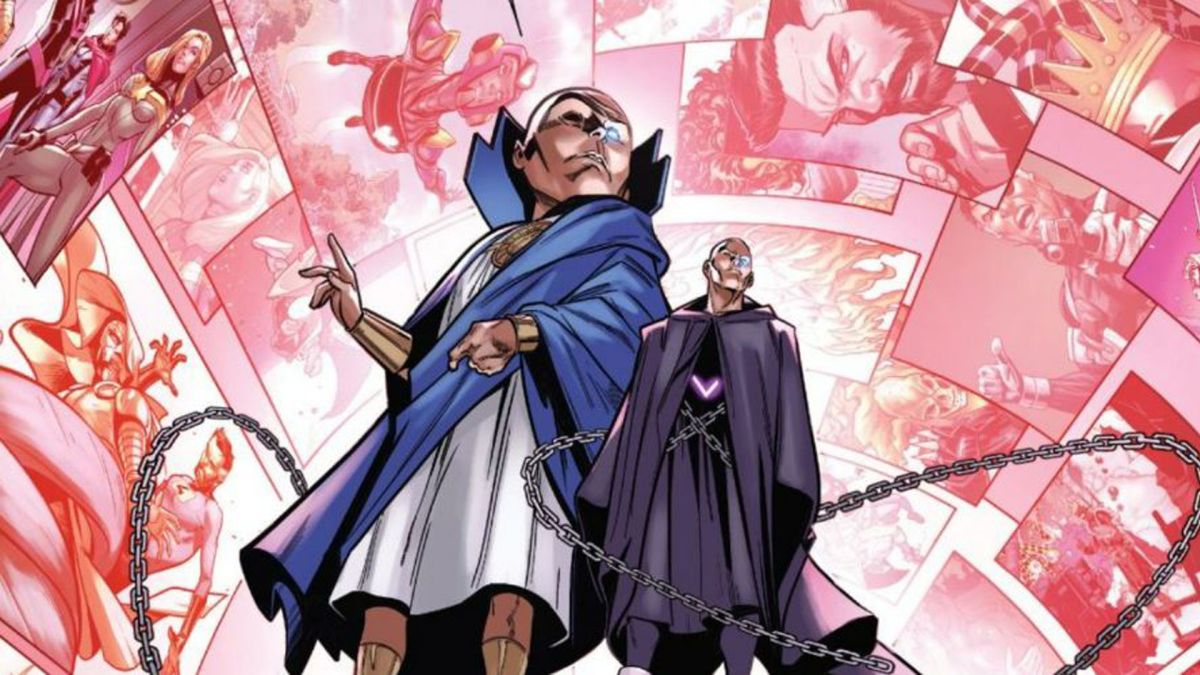 Fresh from the dead, Uatu the Watcher will star in his own comic book one-shot as part of Marvel Comics‘ 2022 event, The Reckoning War.

â€œOne of the key players in all of this is Uatu,â€ The Reckoning War writer Dan Slott told Newsarama. “Something about this is incredibly tied to something so fundamental in the Marvel Universe that the Watchers have witnessed.”

The title of The Reckoning War’s Watcher one-shot has not been finalized, but internally the working title is “The Trial of the Watcher”. If that sounds familiar to you, good eyes – it’s the same title as the Captain Marvel arc from 1974-5 in which Uatu was judged by fellow Watchers for repeatedly breaking their vow of non-interference. He was eventually found guilty but did not receive much punishment. How many times has he broken this pact? Well, in Eternals # 3 of 2008, the Dreaming Celestial says that Uatu has broken the vow over 400 times.

In 2014’s Original Sin, Nick Fury kills Uatu the Watcher and is held accountable for his actions by his fellow Earth heroes. In a strange turn of events, Fury is cursed for living on the Moon, looking but not interfering as “The Unseen”.

Uatu is resurrected in Empyre Fallout: Fantastic Four # 1 in 2020, reacting to news that the big bad of the Empyre event, the Cotati, has received weapons from â€œThe First Raceâ€.

â€œThere will beâ€¦ judgment,â€ Uatu said upon his resurrection, hinting at a connection to The Reckoning War.

How did Uatu come back from the dead? He eventually learned that he was able to return to the dead because a part of him was fused with Nick Fury by his fellow Watchers when he was cursed for being ‘The Unseen’. Fury, still seeking penance for his actions, agrees to act as Uatu’s herald to further investigate those aforementioned “The First Race” weapons that the Cotati used in Empyre, and their apparent connection to the next Reckoning war.

“[The original secret war] is something the Guardians have been keenly aware of, and the possible thought of it happening again [as The Reckoning War] brought back Uatu, “Slott said. Maybe it’s time for the Watcher to stop looking and start doing.”

In that brief moment, she sees an Watcher named Zoma (and presumably Uatu) comforting another fallen Watcher named Xavi who was dying because of something related to an unnamed enemy.

It’s possible that the next one-shot of The Reckoning War: Watcher will be the story of Uatu who will again be tried by his fellow Watchers for meddling. But given what Slott is saying, maybe this time Uatu pushes back more to “stop looking and start doing.”

Stay tuned for more on The Reckoning War here at Newsarama.

Meet the new (old?) villains of The Reckoning War.

1 dead, 1 injured in explosion of gun violence on Chicago freeways | News from USA®