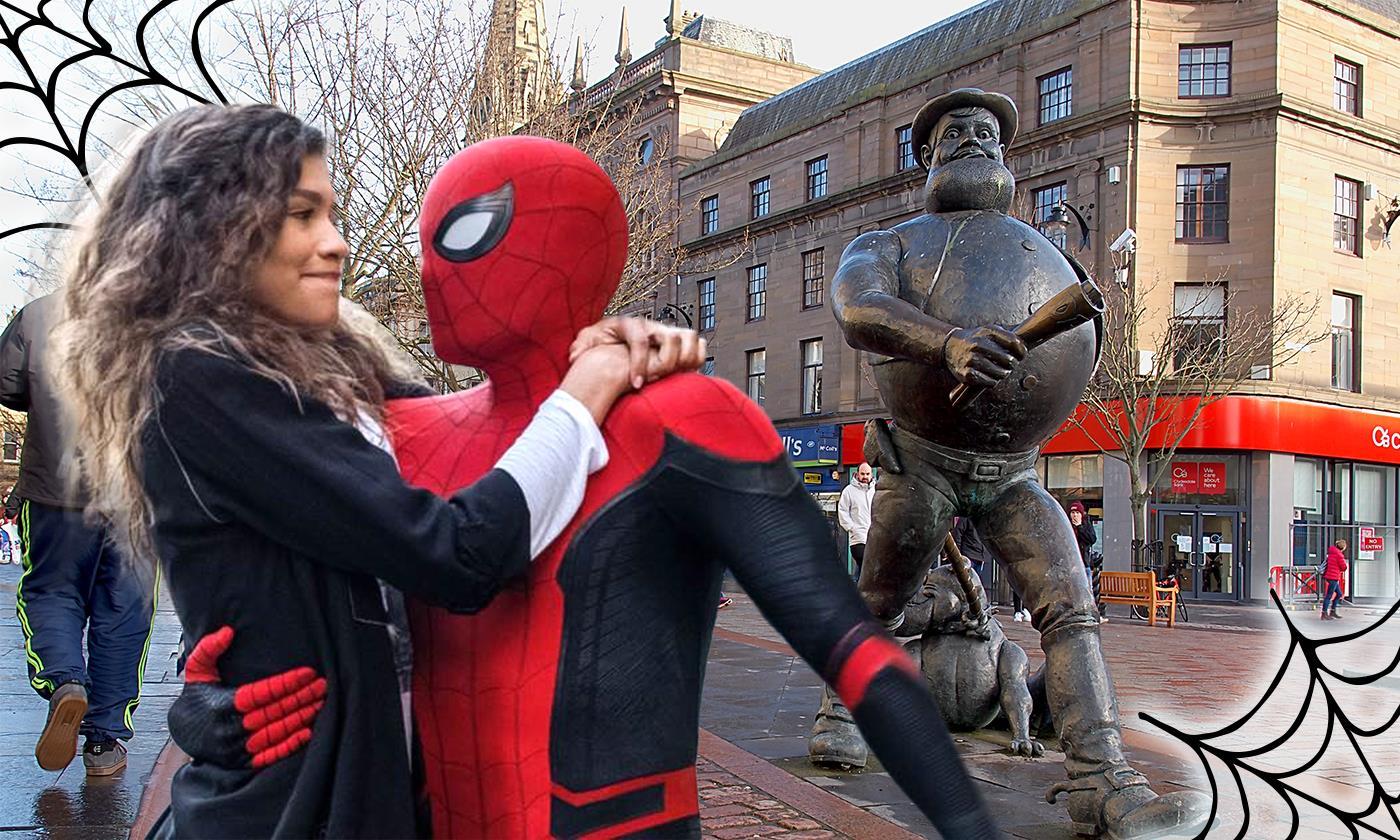 They were born 100 years apart, and while Douglas Whitelaw fell into poverty in Dundee, one of his descendants subsequently became a major actress and singer in the United States.

Yet although there is no apparent connection between the young Scotsman, who immigrated to Canada in 1911 at the age of 15, and Zendaya, 25, who is one of the stars of the new movie Spider -Man, they’re part of the same family tree in a tangled web that even Peter Parker would be proud to create.

Much like in the comics and the Marvel movie canon, the path to accomplishment is never straightforward. But lo and behold, Claire Stoermer, the Hollywood actress’ mother, has revealed that the latter’s maternal great-grandfather, Douglas Whitelaw, was born in Tayside in 1896 and lived in Dundee during his formative years with his parents before moving to Vancouver in 1911.

Father and son made the same journey

The Whitelaws worked hard to escape the rampant poverty that gripped so many people at the turn of the 20th century.

But it was a difficult challenge, and determined to improve the quality of life for his family, Douglas’ father Harry Tulloch Whitelaw and then his son both embarked on the grueling and often dangerous boat trip.

Claire said: “He [Douglas] was about 15 when he left Dundee and traveled to Canada, arriving first in Halifax, then taking a train to Vancouver where his father had already started a business as a chartered accountant.

He was, in all respects, a brilliant and outgoing man. But he hadn’t been involved in business for a long time before storm clouds began to reverberate across Europe and extend their hold on the world during World War I.

The youngster was a hero in conflict

Even though he was barely old enough to join the Army at the outbreak of hostilities, it was clear that young Douglas was determined to join the ranks of those who flocked to the fields from France, Belgium and other parts of Europe.

So he enlisted in the Canadian Highlanders, who were among the myriad of fresh-faced soldiers who unexpectedly arrived in the carnage of the trenches.

Douglas showed courage during the campaign, but was eventually forced to return to Canada with shrapnel wounds after being shot in the shoulder during heavy fighting between his regiment and the enemy.

But it was a merciful reprieve that allowed him to resume his life and fall in love once the ceasefire was finally declared.

At this point, the story becomes as intriguing as the most labyrinthine of thrillers. Claire recounted how the young Scottish girl met and fell in love with a Canadian, Thelma Ray Kelly.

The couple quickly married and their daughter, Daphne Carol – Zendaya’s future maternal grandmother – was born in Vancouver in the 1930s.

As Douglas and her family settled in Canada for good, she gradually made the decision to travel to America to study and the rest, as they say in Hollywood, is history. Or at least the beginning.

As Claire said: “She met my dad and that’s why the family is here”.

A melting pot of ethnic origins

In recent years, Zendaya has received numerous accolades, including a Primetime Emmy Award and other accolades in music and film.

His film roles include the blockbuster musical drama The Greatest Showman, the superhero film Spider-Man: Homecoming and its sequels, the computer-animated musical Smallfoot, the romantic drama Malcolm & Marie, and the science-fiction epic. recently released fiction Dune.

She was romantically linked to Tom Holland, who plays Spider-Man in the hit franchise, but Zendaya became an icon in her own right, taking the music world by storm and becoming a patron, businesswoman and political activist with her. own foundation.

With Scottish and German ancestors on her mother’s side and an African-American background in her father’s lineage, she is one of the biggest â€œinfluencersâ€ on social media with nearly 20 million Twitter followers.

And yes, she knows her roots with the Victorian working class in Scotland.

Will we see her here in the future?

Her mother spoke to woman born Zendaya Maree Stoermer Coleman in 1996 about her connections to the city of jute, jam and journalism.

And, as she said at Daily mail: â€œWhen I was about 16 I went with my mom to Scotland and we loved it. We did all the tourist stuff and discovered the family tartan, which is called Drummond.

â€œZendaya knows and is proud of her Scottish heritage. She hasn’t been to Scotland yet, but I know she would love to come someday.

This is unlikely to happen in the foreseeable future, given the combination of the pandemic, its busy schedule, and the litany of commitments.

But if his rise to fame looks like a Disney storyline, it’s probably because Zendaya started out with the animation studio and quickly made a name for himself there.

A name that dates back to the Dundee Whitelaws as they struggled to find a better life across the Atlantic.