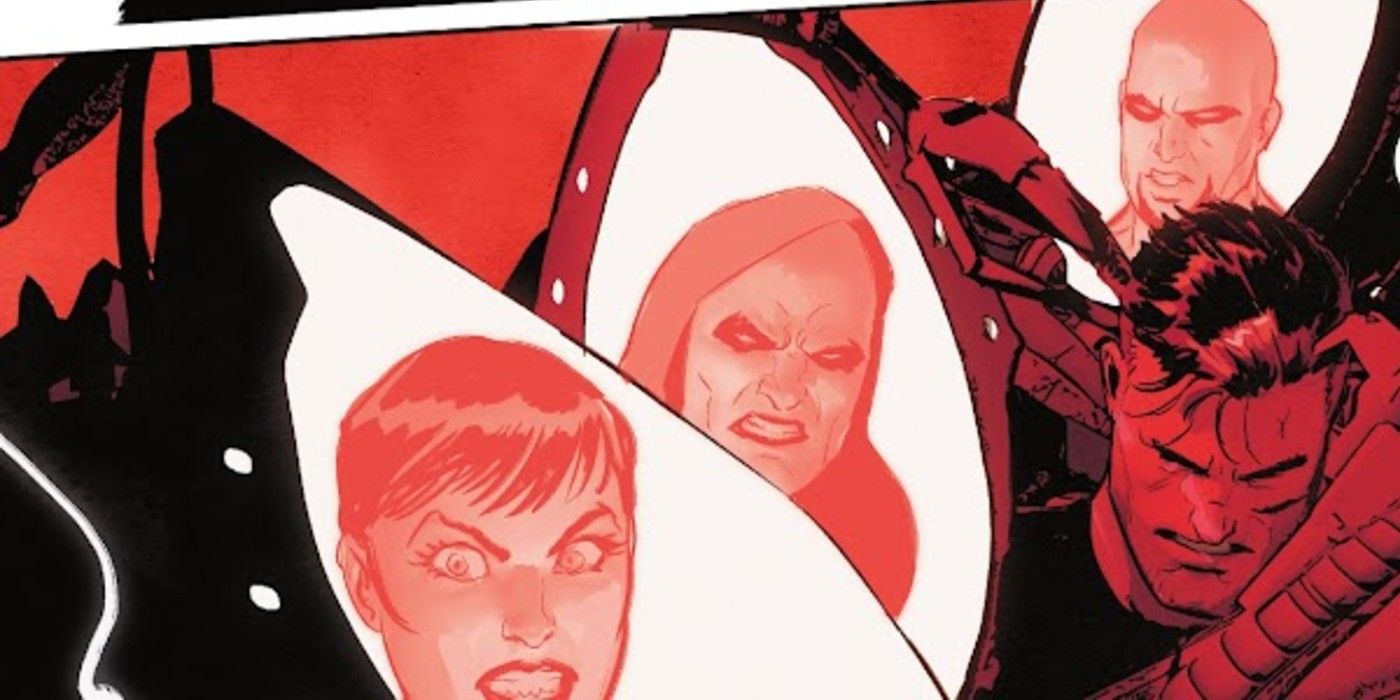 The movie’s Kryptonian villain returns in the comics

Superman: The Movie’s Ursa makes a surprising appearance as one of the ghost zone criminals using corrupt robots to kill a weakened Superman!

Warning! Spoilers for Superman and Authority # 1 below!

Superman: the moviethe kryptonian villain of Ursa makes a brief comeback in one of the last Superman comic books. Ursa was part of an evil Kryptonian trio who escaped exile in the Phantom Zone and traveled to Earth to fight Superman, the son of their jailer Jor-El. Although Ursa and his allies were defeated and presumed dead at the end of Superman ii, his comic book counterpart still appears to be in prison from another dimension and remains stuck in his mission to kill Superman.

Portrayed by actress Sarah Douglas, Ursa is a Kryptonian who is fiercely aggressive towards men, the only exception being her fellow inmates No and General Zod. For their crimes of treason, all three are sentenced to be imprisoned in the Phantom Zone, swearing revenge on their jailer Jor-El. Years later, Ursa was freed along with her compatriots thanks to the effects of a powerful bomb thrown from Earth by Superman. Given the same abilities as Superman thanks to Earth’s yellow sun, Ursa continues her savage campaign against men, collecting symbols and badges from the various authority figures she defeats or kills. Deprived of power during their second confrontation with Superman at the Fortress of Solitude, Ursa is said to have perished by falling into a disturbing crevasse. Although she shares many similarities with DC Comics Phantom Zone prisoner Faora, Ursa made her comic book debut in Action Comics # 845, co-written by Superman writer / director Richard Donner, where she is the mother of Lor-Zod, a Kryptonian child who Superman and Lois Lane adopt as the son of General Zod.

In Superman and Authority # 1 by Grant Morrison and Mikel Janin, The Man of Steel’s powers are waning and he needs the help of others to help him save the world again. Saving the life of his powerful foe Manchester Black, he attempts to persuade Manchester by walking into the Fortress of Solitude. The threat lies in the Phantom Zone, with sociopathic alien criminals taking over robots that were originally sent to explore the dimension, reusing them for their own twisted vision. Although Superman reminds Manchester that any escapee from the Phantom Zone wanted to destroy or dominate Earth, he rejects Superman’s offer and walks away, choosing to risk hypothermia rather than take another moment of hospitality. of Superman. Superman is then attacked by one of the murderous “Zonedroids” as Ursa’s face appears on one of their video screens, still seeking the killing blow.

While this is one of those “blink and you might miss it” cameos, Ursa is a wonderful throwback to one of the first superhero movies to ever come out. Ursa was a deadly fighter, a blunt but still dangerous weapon from Krypton’s past dedicated to the pursuit of revenge as she saw fit. The comics continued her story as General Zod’s lover and mother to his child, occasionally escaping the Phantom Zone to continue his family’s campaign against Superman, who must bear the brunt of the imprisonment his Father Jor-El granted them.

Superman’s waning powers put him at a disadvantage, which his domestic or intergalactic enemies will exploit, and he’s lucky, if not lucky, that Manchester Black has changed his mind and returned to help. After defeating the Corrupted Robots, the threat of the Phantom Zone remains, as the iconic prison has dozens, if not hundreds, of people just as manic and dangerous as Ursa is. Superman Better get his new team together quickly before it’s too late to stop another invasion of Krypton that Earth isn’t ready for and won’t survive.

NEXT: Superman’s Biggest Enemy Isn’t Who You Think He Is

Drew is a reader, writer, artist and creative professional based in Westchester, New York. He dabbles in cosplay, movie references, comics, and some anime while also being a Ghostbuster. He holds a bachelor’s degree in history, a master’s in editing and is thrilled to be working with Screen Rant. Previously, his articles were published on Comic Book Resources and Iron Age Comics and he can’t wait to see what happens next!