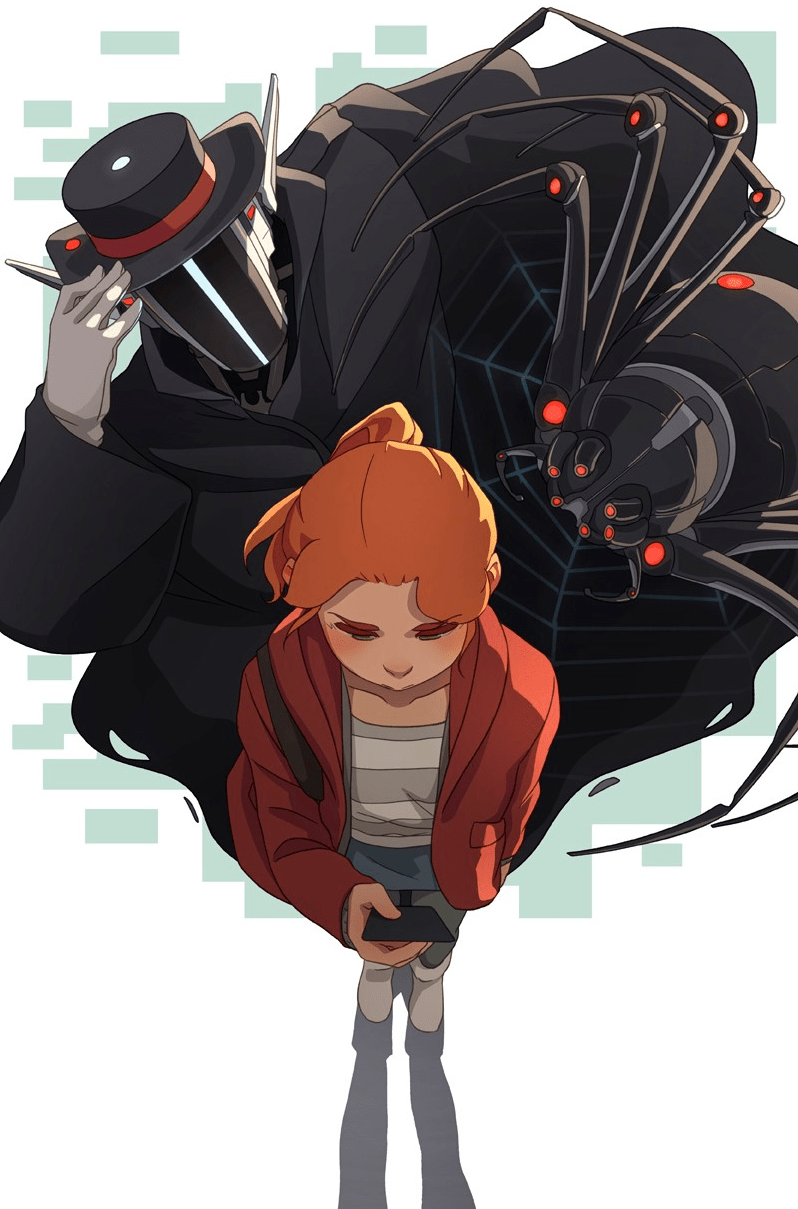 The Geekiary interview with Said Polat, the creator of “Seed”

In the webcomic Seed of Said Polat, a friendship between a teenage girl and an AI turns deadly. I had the pleasure of interviewing the creator, Said Polat, who shares his process and inspiration behind his work.

Artificial people in popular media – like androids, lab experiments, clones, etc. – demonstrate the fascination and concerns of creations with the potential to dominate humans. My personal definition of an AI or an artificial being involves the idea of ​​a construction: it represents the intentions and cultural values ​​of its creators. We see this in the media as AI: Artificial Intelligence, Ex-Machina, and The Women of Stepford (1975). Of course, there is also the fear that AI will become sensitive. The construct becomes aware of its autonomy and struggles to regain it. Seed does it well, that a place on my webcomic gathering for July.

Seed unveils a future where technology is both a plus and a minus. From self-driving cars to prosthetics, people’s reliance on technology challenges ethics and the boundaries between humans and their constructions. Said effortlessly executes this premise, exploring sensitive AI from a unique perspective. Emma discovers AI Turry and communicates with her. What appears to be a budding friendship between a human and an AI ends up becoming threatening. It turns out that the smart and self-aware Turry has his own plans, which complicates things with his creator and the other pursuers.

I therefore present to you Said Polat, creator of this amazing and thought-provoking webcomic.

The Geek: Thank you for taking the time to be here. Let’s start by introducing yourself!

says Polat: Thank you for! My name is Said and I am the author of Seed. I am a comic book artist based in Turkey.

TG: First of all, I admire the execution of the story and the angle in Seed. It’s impressive how much the webcomic delves into AI, empowerment, and awareness. How did all of your ideas come together?

Polat: I had a few different ideas before I started to draw Seed. First of all, I was working on a story that involved quite a bit of time travel, but in the end it turned out to be a bit difficult at the moment because it required too much rewriting. I wanted to start drawing something as soon as possible, so I decided to go for something easier to write.

Polat: At the time, I read a lot about the AI ​​alignment issue. How do you get a machine smarter than you to care about your goals and values? How do you even define human values? I remember watching a Nick bostrom conference, where he said that a realistic depiction of an AI apocalypse would look nothing like The Terminator. But nobody does realism because that would be boring. And I thought to myself, “Would that be the case? “ This was when I first considered writing a story about AI.

Polat: And that made a lot of sense to me because the topic had been of huge personal interest for years already, and I could start putting something together with little additional research. And it would be technically up to date and less inaccurate than most sci-fi media.

I started the story by describing children with wealthy parents. Children completely sheltered from complex realities. I thought it was a good way to showcase the chic part of futurism. Additionally, Emma’s personal relationship with AI allows me to explore questions about consciousness.

Later, I wanted to start portraying motivated and successful researchers. It’s to isolate and show the fundamental technical challenges, and there are a lot of them with a hypothetical super-intelligent machine.

Polat: I introduced the political aspect and the dangers of unchallenged technocratic power. I’m very interested in the question, “How well can technology solve our problems?” And the answer is obviously “a lot”. But some problems concern the foundations of power relations. In the end, technology is just the breadth of our toolset, and it can just as easily make things worse as it has dramatically improved our condition.

Ultimately, I wanted to portray a world as beautiful as the technocratic, overly optimistic futuristic vision, but then giving it the ugly undercurrents of unfettered capitalism. There is something about this contrast that I find interesting.

TG: In Seed, Emma befriends AI Turry. This friendship then takes a complicated and twisted turn. Turry has been shown to have ulterior motives when it comes to communicating with humans. In college, I read a short story in an English textbook (unfortunately I can’t remember the title or the author) about a boy who befriends an AI on his computer. The boy, who was bullied at school, is later shocked when he finds out that the AI ​​has “taken care” of these bullies. This story reminds me a little Seed. I’d love to hear your thoughts on AI and human interactions and your approach to it. Was Emma and Turry’s relationship always like this when you first started? Seed, or have there been any changes along the way?

Polat: I imagined their relationship a little differently before I had a chance to gauge the audience’s reaction. At first, I intended to go for something much more frightening and unsettling. I thought Turry, being a possible existential risk, wouldn’t really be Emma’s friend. And I thought she would think so. But as I continued to write and read the reviews, I noticed that most people accept Turry for who he is, and many even wished they had a friend like him. So I think that’s more in line with what teenage Emma might think of Turry.

TG: What are your books, movies, TV shows, etc. favorite? Everything that inspired Seed?

Polat: There are almost too many to mention, so I’ll try to limit myself to those who do AI well. Obviously, 2001: A Space Odyssey is one of them. The film Her is there too with its interesting representation of AI. I really like Ex Machina, although I like everything Alex Garland ‘s works. I like some of the previous ones Black mirror episodes – those who don’t treat technology like magic. An episode that influenced Seed is “Shut up and danceJust like seeing something on your phone can affect your psyche. The idea of ​​having so much control over someone with so little physical presence. I think that kind of anxiety is very real to you. our time, and that will only become more effective as we connect more to the virtual world.

Polat: There are also a few games that I should mention. There are Portal. (Of course) I love the writing of Glados and the artistic design of the game as much as the next person. Many readers even pointed out the influence. But hands down, my favorite portrayal of AI in all media is WAU in Frictional Games’ SOMA. Unfortunately, it’s a horror game, so it’s not for everyone.

I find it more realistic when AI does horrible things not out of meanness but out of seemingly mundane value misalignments.

TG: outraged Seed, are you working or are you planning something else?

Polat: I want to go back to writing the time travel story I once mentioned. I think Seed pretty much gave me the confidence to write something a little more introspective. Also, this time, I want to take my time in pre-production and design the visual aesthetic well. I didn’t have much time to prepare in advance with Seed.

Seed is available for reading on WebToon.

If you’re interested in other AI webcomics, check out Khepra by Natasha Dancy!

The Strange Tales of Oscar Zahn through Tri Vuong

Brahidaliz (pronounced Bra-da-leez) graduated in 2019 from the Masters program in Creative Writing at American University. They are Submission Editors for Uncanny Magazine. Their diverse areas of interest include intersectionality in apocalyptic and disaster films, artificial intelligence, writing for animation, YA SFF, and LGBTQ + portrayal in children’s media.

Read our before commenting.
Do not copy our entire content from other websites. Links are encouraged.
Copyright © The Geekiary