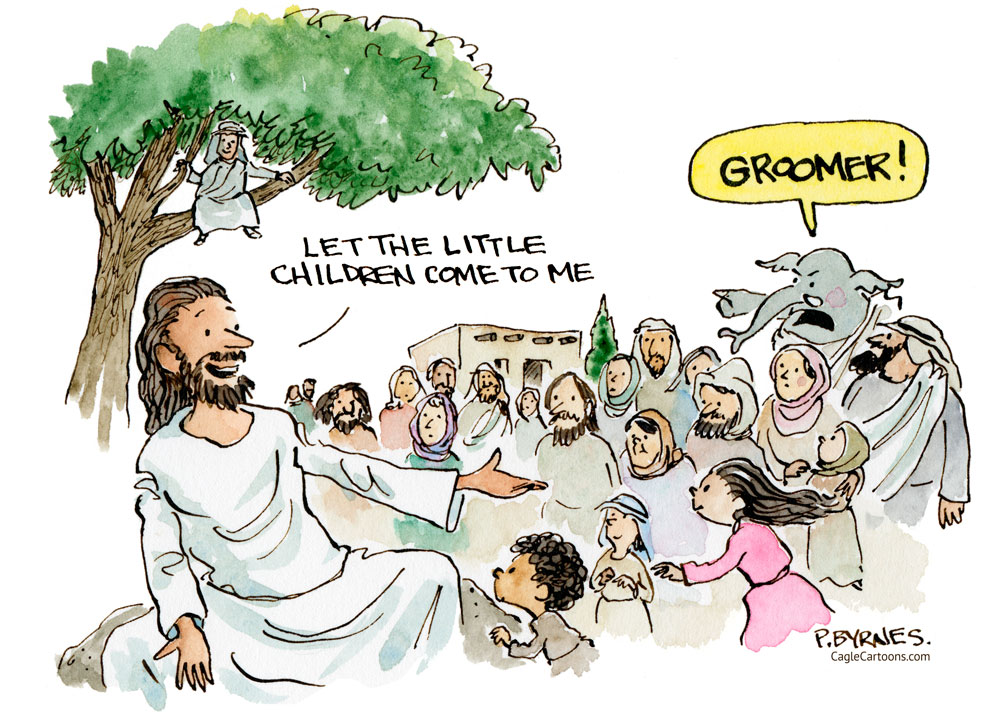 The daily cartoon and the live briefing: Sunday April 24, 2022

Guest preachers at Palm Coast First Church, 91 Old Kings Road North: Reverend Dr. EJ Parker preaches at the 8 a.m. service, and Reverend Dr. Clifton Davis preaches at the 11 a.m. service. Reverend Parker received his Bachelor of Arts in Liberal Studies from Wilberforce University, a Master of Divinity from Emory University’s Candler School of Theology, and the Doctor of Ministry in Homiletics – conferred with distinction – from United Theological Seminary at Dayton, Ohio. He is an editor and commentator for The African-American Lectionary, a digital scholarly journal for Christian preachers and educators. He is the pastor of Hurst Chapel AME Church in Riviera Beach, Florida. Reverend Dr. Clifton Davis, an internationally acclaimed actor and recording artist, is probably best known for his five-year career as Reverend Rueben Gregory on the popular NBC television series, “Amen” and other TV credits featuring featuring “The Melba Moore”. & Clifton Davis Show,” “That’s My Mama,” and co-hosting the Stellar Gospel Music Awards. Among his signature credits, Reverend Davis penned the Jackson 5’s No. 2 hit, “Never Can Say Goodbye,” for which he received a Grammy nomination. Reverend Davis holds a bachelor’s degree in theology from Oakwood College in Huntsville, Alabama, and a master’s degree in theology from Andrews University in Michigan. He received an Honorary Doctorate of Ministry and holds an Honorary Doctor of Letters from Lincoln University. His interfaith ministry spans over 40 years, evangelizing throughout the country and leading thousands to the love of God through Christ Jesus.

Splash Splash: A Tribute to Bobby Darrin, 3 p.m. at Flagler Auditorium, 5500 State Road 100, Palm Coast. In this special show, Vegas artist Ron Gartner pays homage to Darin’s legacy…singing the songs of the swingin’ guy who’s ever put on a tux…in a show that covers everything from rock ‘n’ Darin’s roll at the Copa party (with a slight detour to country, folk and political activism). Finger-snapping songs like Mack The Knife, Dream Lover, Beyond the Sea, Artificial Flowers, If I Were a Carpenter, Clementine, That’s All, and more! Book your tickets here.

The George Washington Carver Foundation Annual Auction starts Monday. The purpose of the auction is to raise funds to reinvest in the development of the Carver Center in Bunnell. In order to participate in this auction, you must create a bidder account on this 32auctions website. To register, click login in the upper right corner, then click “Create an account now” if you haven’t created one yet. The system will then send you an e-mail with a link to confirm the registration. Your bidder ID will be the first part of your email address. If you want to change the bidder ID, you can go to account settings and choose a new ID. Please choose a username that you don’t mind being displayed publicly. The current bidder’s username will be displayed with the item.

They had sold their homes and moved south, largely, they said, because of high taxes in New York, New Jersey and Maryland. It was an almost universal refrain. Low taxes, low homeowners association fees, warm weather, like-minded people: you can’t live without them. In a way, it was heartwarming that men and women who had put their lives on the line had the chance to experience their next chapter in a place like Margaritaville. But I couldn’t help but think, centered in my hometown, of all the retired public sector employees I’d met in Latitude Margaritaville from the high-tax blue states who had received their pensions, who were funded (or underfunded) by those high taxes, and retired to that low-tax red state. It wasn’t just one-by-center fleeing to Florida to evade state and city tax systems in the Northeast. Our ramshackle system of interstate tax arbitration had prompted teachers, bureaucrats, health workers, firefighters and police to exacerbate both the exodus and, perversely, the burden of taxpayers left behind. Whatever its politics, it wasn’t hard to see Latitude Margaritaville as the manifestation of a broken economy. The excesses and segregations of the Jupiter Island and Mar-a-Lago sets were a symptom of misalignment; here, less ostensibly, was another. Latitude Margaritaville came across as both an escape from America and the most quintessentially American setting of all.