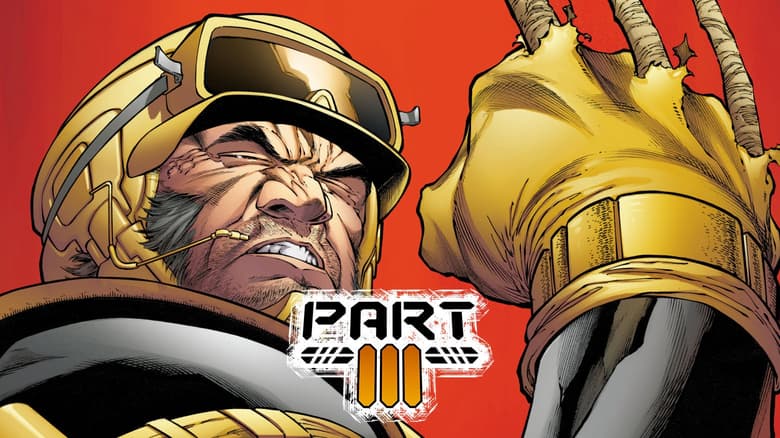 When we last saw Logan, aka the X-Man Wolverine, he was acting as a spy for Seraph during World War II. It is during this global explosion that he meets the “Star Spangled Man with a Plan”, Captain America. In Infinity Comics‘ LIFE OF WOLVERINE series, now set on Marvel Unlimited, delve deeper into the dark forces at play that ensure Logan stays on a “predestined” path.

Before becoming a spy, Logan is back with the Devil’s Brigade, doing what he does best, in WOLVERINE ORIGINS (2006) #17. He loses his eye, not from an enemy, but from his own commander! Logan is alone for a while before Seraph brings him back into the war. If there’s anything good to come out of this situation, he (again) saves Natasha, kills the leader of the Hand, and gets a chance to fight Captain America and future SHIELD Director Nick Fury during the next issue. He gets a taste of a “more heroic ideal” fighting alongside these U.S. Representatives…until Bucky Barnes ruins that vision for him in WOLVERINE ORIGINS (2006) #19. Bucky doesn’t trust Logan, and what a coincidence, Logan doesn’t trust Bucky either! They look too much alike, which may have contributed to Bucky later becoming the Winter Soldier.

Logan remains oblivious to the fact that he is being used by Seraph, and to a greater extent, Romulus. He went to fight in various countries, such as Greece and France. At some point, he becomes a prisoner of war (POW) and is held in Hiroshima, Japan. Of course, he is not a prisoner for long. A woman named Atsuko gives him refuge, but in LOGAN (2008) #2, Logan experiences being hit by a nuclear bomb. Considered by him to be the moment he “became a man”, Logan turns his back on his violent life and seeks hard-earned redemption.