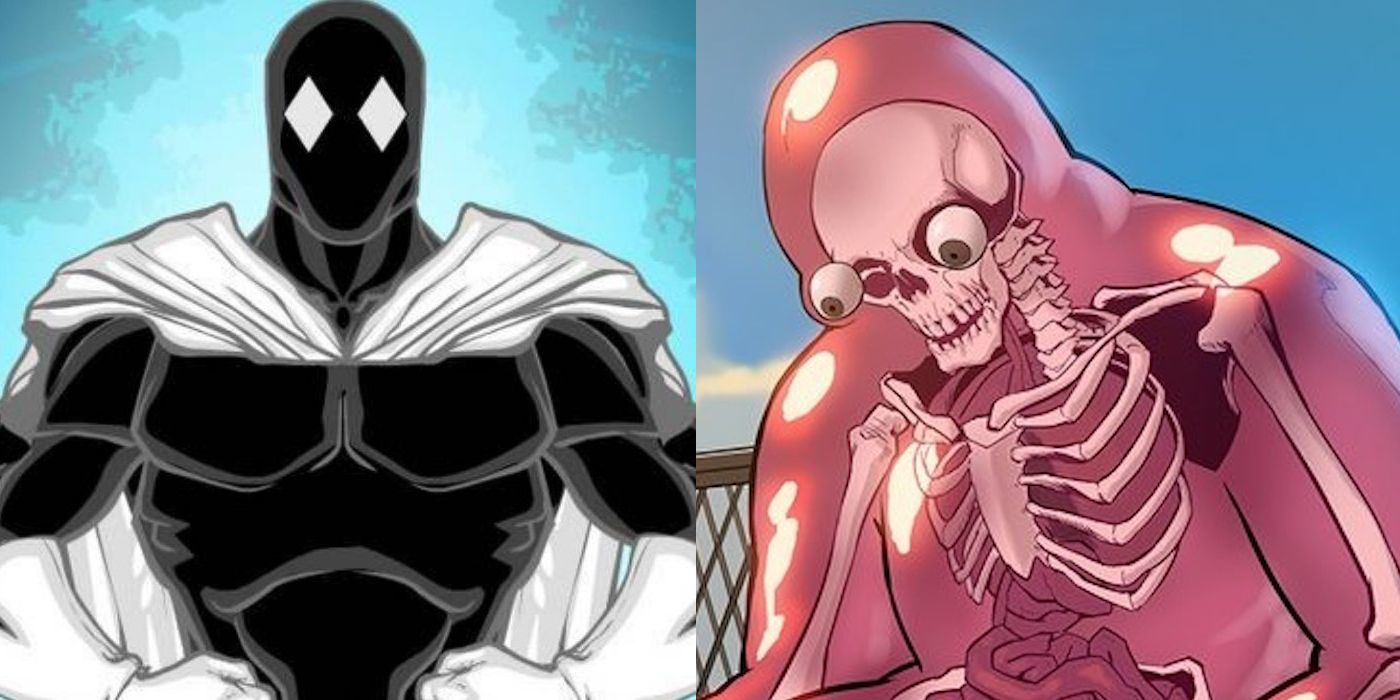 Marvel Comics boasts some of the most popular superheroes to ever grace the pages of the comic book world, many of whom have become staples of popular culture in the decades since their introduction. While there are dozens, if not hundreds, of fan-favorite Marvel characters, the company has also produced plenty of weird and absurd superheroes that have never really struck a chord with fans.

From cheap versions of well-known superheroes to mutants with completely useless abilities, Marvel’s history runs the gamut of oddities when it comes to the characters the company prefers to keep under the rug. However, fandom being what it is, it’s impossible to keep these characters a secret for too long.

Jean-Paul Duchamp is a frequent associate of Moon Knight, who has accompanied the superhero on his many outings since the very beginning – but few know the truth about the man known as ‘Frenchie’. Inside Terry Kavanagh’s polarizing run on Marc Spector: Knight of the MoonDuchamp was revealed to be of an ancient and sanctified bloodline, making him the rightful superhero known as Bloodline.

As Bloodline, Duchamp could transform into any of his ancient ancestors, including pirates and templar knights. This storyline came out of nowhere, especially considering the character’s complete lack of superpowers prior to this event. After this particular Moon Knight series, Marvel quickly swept Frenchie’s superheroes under the rug, never to be mentioned again. Fans would even be hard-pressed to find an entry regarding Bloodline on any Marvel-related website or manual.

Squirrel Girl is one of Marvel Comics’ weirdest superheroes, and yet she remains so generally well known to insider readers. Aside from the general superpowers of a character the writers aren’t quite sure what to do with (enhanced strength, speed, agility, etc.), Squirrel Girl has several characteristics of her animal counterparts, including the ability to climb trees at impressive speeds. .

RELATED: 7 Characters Who Could Make Up The MCU’s Illuminati (Earth-616)

Although Squirrel Girl might look like a unique hero who would quickly be forgotten in the annals of comic book history, she had a long and memorable career in Marvel Comics. At one point, she was even confirmed to be heading to the Marvel Cinematic Universe in the since-cancelled New Warriors TV series, where she would have been played by Milana Vayntrub.

Forbush Man is the incredibly nuanced nickname of Irving Forbush, a superhero whose origins date back to the late 1960s mid-Silver Age comics. In truth, Forbush Man is just one of this superhero’s many identities, including Charlie America, Captain Jim Quirk, and Cousin Fred.

Forbush Man has the uncanny ability to slowly kill his victims after implanting incredibly realistic visions into their minds. To control this power, Forbush keeps his signature cast iron pot on his face, constituting his signature look. While Forbush Man has yet to make his live-action debut, fans of the character should rest assured that his entry into the MCU is almost certainly inevitable.

All fans of Deadpool’s comic book history know his intricate connection to the multiverse. In the character’s frequent antics throughout this multiverse, readers have encountered several bizarre and unseemly versions of their favorite mutant, including one particular variant whose only difference from the original was that he had a beard… made out of bees.

While Beard of Beespool may not be the strongest version of the Merc With A Mouth, he is certainly one of the most interesting, as the character’s origins are never fully explained, including how he got his eponymous bee barb, how he manages to avoid being stung, and why exactly he chooses to tolerate a bee barb rather than drive them away. Such questions, unfortunately, can remain a mystery forever.

Grasshopper is a character that certainly had potential. As a hybrid of some of the best parts of Spider-Man and Iron Man, the Grasshopper used his custom-built battlesuit to defend the Roxxon facility where he was employed as a security guard.

RELATED: All Of Marc Spector’s Alternate Personalities In The Comics

Unfortunately for Grasshopper, he’s affiliated himself with the Great Lakes Avengers, a team that seems to have, by far, the most bad luck of any superhero team in the Marvel Universe. Just 5.8 seconds after agreeing to join their team, Grasshopper was stabbed in the face by supervillain Zaran the Weapons Master, making him the shortest member of the GLA.

Val Ventura, otherwise known as Flatman, is a mutant born with, as his name suggests, a completely flat body. As such, he can bend and stretch to incredible lengths, which could have been a game-changing skill set if he hadn’t already been attained by the much more popular Fantastic Four’s Mr. Fantastic. .

Flatman has spent much of his Marvel Comics history among some of the lesser-known hero teams, always seeming to be mistaken for Reed Richards, much to his chagrin. However, this particular hero also has an ability that Richards could only dream of possessing: an acute mastery of the art of Origami-Fu.

Glob Herman is a mutant and member of the X-Men who has perhaps the most distinctive appearance of his many teammates. Herman is made of a living, transparent wax, which makes his organs and skeleton completely visible.

Glob Herman can set his waxy skin on fire and hurl chunks of himself at his enemy, possibly injuring him physically and psychologically. Although Glob Herman is a somewhat prominent character in the comics, the mutant likely won’t find his way into future film versions of the X-Men team.

Doorman is a little-known member of the even lesser-known Great Lakes Avengers team. Also known by his alias DeMarr Davis, Doorman can generate portals, as well as make himself intangible, two skills that have gotten him out of several sticky situations.

RELATED: 15 Places Moon Knight Could Appear Next In The MCU

Doorman’s powers are quite impressive, even when compared to the other heroes he shares a universe with. The character’s real flaw seems to be branding, as his unfortunate name likely discredits him from being on one of the “big league” superhero teams.

Slapstick is a character straight out of a cartoon – literally. The character takes on the appearance of a cartoon clown and can thus manipulate the reality (and physics) around him to better suit the cartoon world he lives in. As such, hilarity often ensues wherever Slapstick may be found.

Despite having a very odd skill set that apparently gets very little use, Slapstick has served on several notable teams, including the New Warriors, Heroes For Hire, and the Post-Civil War Initiative. The character has even been on his team with Deadpool himself, the Mercs for Money.

They say “hindsight is 20-20”, but it’s never been more literal than when it comes to the amazing Hindsight Lad. This superhero was born when computer programmer Carlton LaFroyge turned his own relatively common ability to learn from the past into a superpower to sneak into the New Warriors team.

Not only is Hindsight Lad one of the worst titles in superhero history, but the character is also one of the most hated members of the New Warriors, as he would quickly throw his teammates under the bus after the incident. of Stamford who started the superhero civil war. . The character has since faded into obscurity, with nothing but his keen sense of hindsight to help him learn from his mistakes.

NEXT: Doctor Strange’s 10 Most Shocking And Unexpected Scenes In The Multiverse Of Madness

Jordan Iacobucci has been an avid reader and movie fan since childhood. Jordan is known among his friends as the Marvel and Star Wars nerd, and even wrote a thirty-page college dissertation on Spider-Man! He is currently earning an English degree and lives outside of Raleigh, North Carolina with his family. Her other interests include working with children, reading and music.