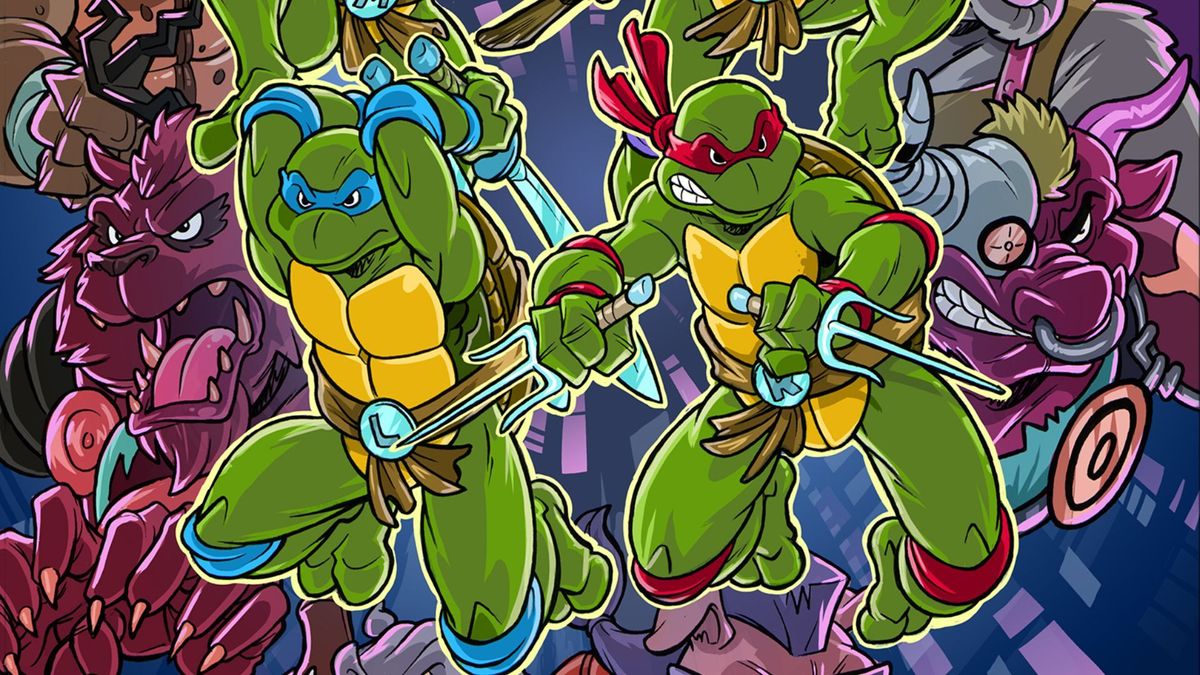 The Teenage Mutant Ninja Turtles have seen quite a few iterations, but none have been as popular or beloved as the iconic ’80s cartoon that introduced the characters to the world. Now, IDW will publish Teenage Mutant Ninja Turtles: Saturday Morning Adventures, a four-issue limited series from Erik Burnham and Tim Lattie that adapts the animated series for comic books.

Saturday Morning Adventures will attempt to capture the aesthetic of the series that debuted in 1987 with “incredibly absurd” concepts like the turtles trapped in a virtual reality simulator, or “one of General Krang’s loyal stone soldiers abandoning their post in pursuit of hair-metal superstar.”

The new series follows the recent completion of IDW’s limited series TMNT: The Last Ronin at the opposite end of the “aesthetic” spectrum. It was a savvy readers’ look at the Turtles’ latest story featuring the deaths of the four brothers.

“I’m no stranger to writing TMNT for IDW, but this is different,” Burnham says in the announcement. “The version of the Turtles that exploded onto TV screens in 1987 was the version I first encountered, and it brought me great joy…and playing in that particular corner of the sandbox built on that joy! Humor, action, and a lot of high concepts were packed into every episode, and we’re going that route. I don’t know if anyone in the comics has as much fun with it as Tim Lattie and I do. these stories made into one!”

(opens in a new tab)

Lattie adds, “Growing up in the late ’80s, nothing compared to the experience of discovering TMNT: playing with the toys, watching the show, or waiting in the crowds for the chance to try. its a chance at the arcade game.. It’s pretty rare in life to be able to do what you love for a job, but working on something you loved growing up is hard to fathom. What else can I say… Go ninja, go ninja, go!”

Teenage Mutant Ninja Turtles: Saturday Morning Adventures #1 will be released in September, featuring a main cover and an additional variant by Lattie, as well as variants by TMNT co-creator Kevin Eastman and Tony Gregori.