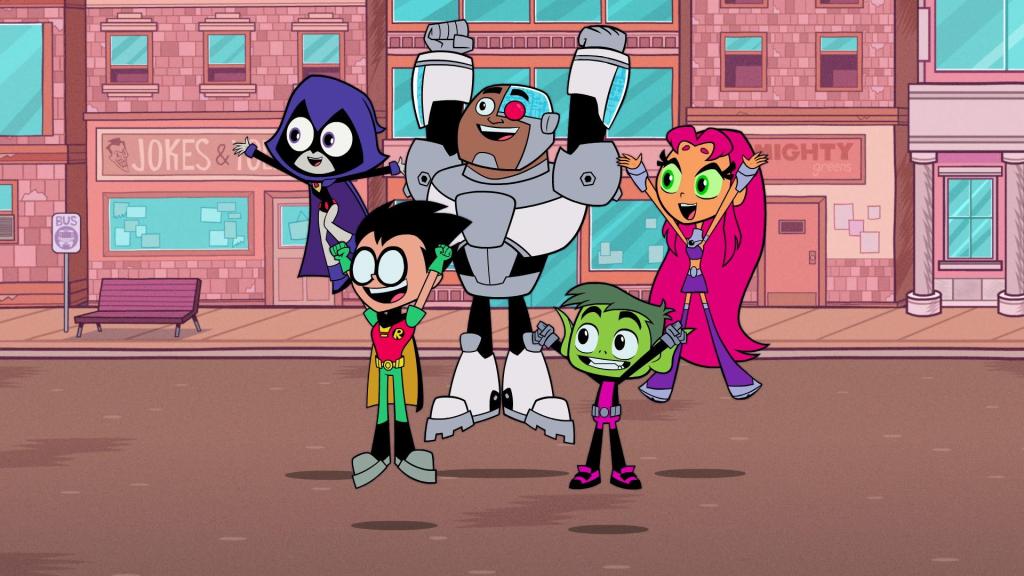 The Teen Titans Go! will be back for more action as Cartoon Network announced on Monday that they have renewed the animated series for Season 8.

Robin, Starfire, Cyborg, Beast Boy and Raven continue to have fun with all-new comic adventures, giving viewers a taste of what life as a teenage superhero is really like…once the cape is removed. Inspired by and featuring the main voice cast from the original Teen Titans series, the character-driven comedy based on DC characters focuses on the funny thing that happens between saving the world and living together as teenagers without adult supervision.

With epic staring contests to decide who does the laundry, a series of quests and battles to build the perfect sandwich, or fight crime in Jump City, one thing’s for sure: these Titans are always up for an adventure. inside as well as outside.

Season 8 will debut later this year with more characters from the DC Universe, including Beard Hunter, King Shark and more, and will bring the series to its 400th episode. The Teen Titans Go! is the longest-running animated series in DC history.

“The undeniable success of The Teen Titans Go!, with its signature blend of action and subversive superhero humor, is a testament to the phenomenal work of executive producer Pete Michail and the show’s team,” said Sam Register, President of Warner Bros. Animation and Cartoon Network Studios. . “Seven seasons, a theatrical feature, multiple specials, celebrity cameos and no end in sight, this show has carved its own path in the acclaimed legacy established by the original Teen Titans animated series.

Slated to release first on Digital, Blu-ray and DVD on May 24 and then on Cartoon Network on May 28, Chaos in the Multiverse will see the Teen Titans and DC Super Hero Girls come together to battle Lex Luthor and his unified gang of DC Super Villains.

The TV movie’s plotline, which arrives on HBO Max on June 28: “With the help of an ancient Kryptonian power, Lex Luthor unites the world’s super-villains to capture all of Earth’s superheroes, until Until…only the DC Super Hero Girls are left to stop the Legion of Doom.Our heroes must cross dimensions to save their fellow superheroes from the Phantom Zone, but a fortuitous wrong turn leads them to Titans Tower – where they find much-needed allies in the Teen Titans. The young superheroes find that their combined strength – and their usual comic relief – are key to saving the day in this blockbuster event!”

The Teen Titans Go! & DC Super Hero Girls: Mayhem in the Multiverse is directed by Matt Peters and Katie Rice from a script by Jase Ricci. The producers are Jeff Curtis and Ricci. The supervising producer is James Tucker. Register is the executive producer.

Watch the trailer for The Teen Titans Go! & DC Super Hero Girls: Mayhem in the Multiverse below.