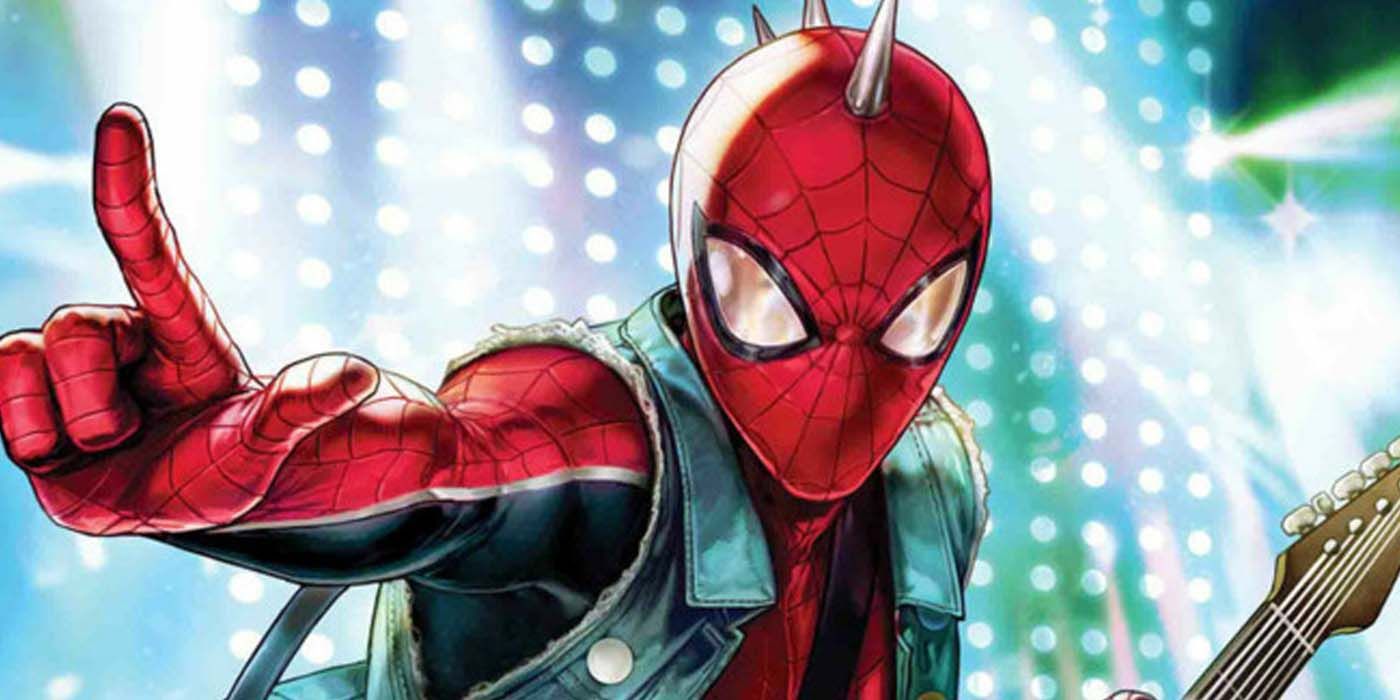 In an awesome new Marvel Comics cosplay from @Maid_of_might, a new variant of Spider-Man is revealed, as Spider-Punk meets Mary Jane Watson.

Spider Punk meets Mary Jane Watson in a stunning new Marvel Comics cosplay that brings a new twist on Spider-Man to the Spider-Verse. On her Twitter account, cosplayer @Maid_of_might shared her take on Spider-Punk, which features an unmasked version of the hero. Instead of Hobart Brown, the Marvel Universe’s main Spider-Punk, it seems Mary Jane Watson, or at least another redhead, has taken on the punk rock variant moniker of Spider-Man.

Many variations of Spider-Man from different realities have appeared in the iconic spider worms event at Marvel Comics. The event included the likes of Spider-Man, Silk, Miles Morales, Spider-Man 2099, Spider-Girl, and Peter Parker’s Spider-Man Noir. Plus, a handful of new Spider-Verse heroes have made their debut, including the most famous, Spider-Gwen. However, another hero who debuted and quickly became a fan favorite was Spider-Punk. Created by Dan Slott and Olivier Coipel, Hobart Brown is the punk-rock-loving Spider-Man of Earth-138. The web-slinger recently got his own Marvel Comics series, where he battles the oppressive forces in his world with his punk rock attitude.

On her Twitter account, cosplayer @Maid_of_might shared his take on a new Spider-Verse hero who is part Spider-Punk and part Mary Jane Watson. In the look, she sports the same costume as the guitar web-slinger. His red and blue Spider-Man outfit is accented by the hero’s striking denim jacket, which features spikes on the shoulders. The set is unmistakably Spider-Punk. However, the hero is unmasked in the look, revealing that this version of the Spider-Verse hero is actually a red-haired woman. While @Maid_of_might won’t confirm it’s Mary Jane Watson, it would make sense for the variant to be a version of the iconic Marvel Comics heroine. Check out the cosplay with the photo taken by @EricRCaroll.

@Maid_of_might has already created new versions of iconic heroes in great cosplays, as the talented cosplayer also sported a look that combined Deadpool with Harley Quinn. Like with this look, with the Spider-Punk ensemble, she manages to combine two characters in a look that looks like it came from the comics.

Given the vastness of the Spider-Verse, chances are the Spider-Punk/MJ variant of Spider-Man exists in some reality. @Maid_of_might proves with cosplay that Mary Jane Watson and Spider Punk would make a great new combo character, as they wouldn’t look out of place in the pages of a new spider worms Marvel Comics story.

Next: Nightwing Cosplay Makes His 90s Costume Cooler Than Ever

Cyclops’ daughter finally solved the only problem with her powers

DeSantis slams Disney for ‘injecting sexuality’ into their cartoons, claiming they were genderless