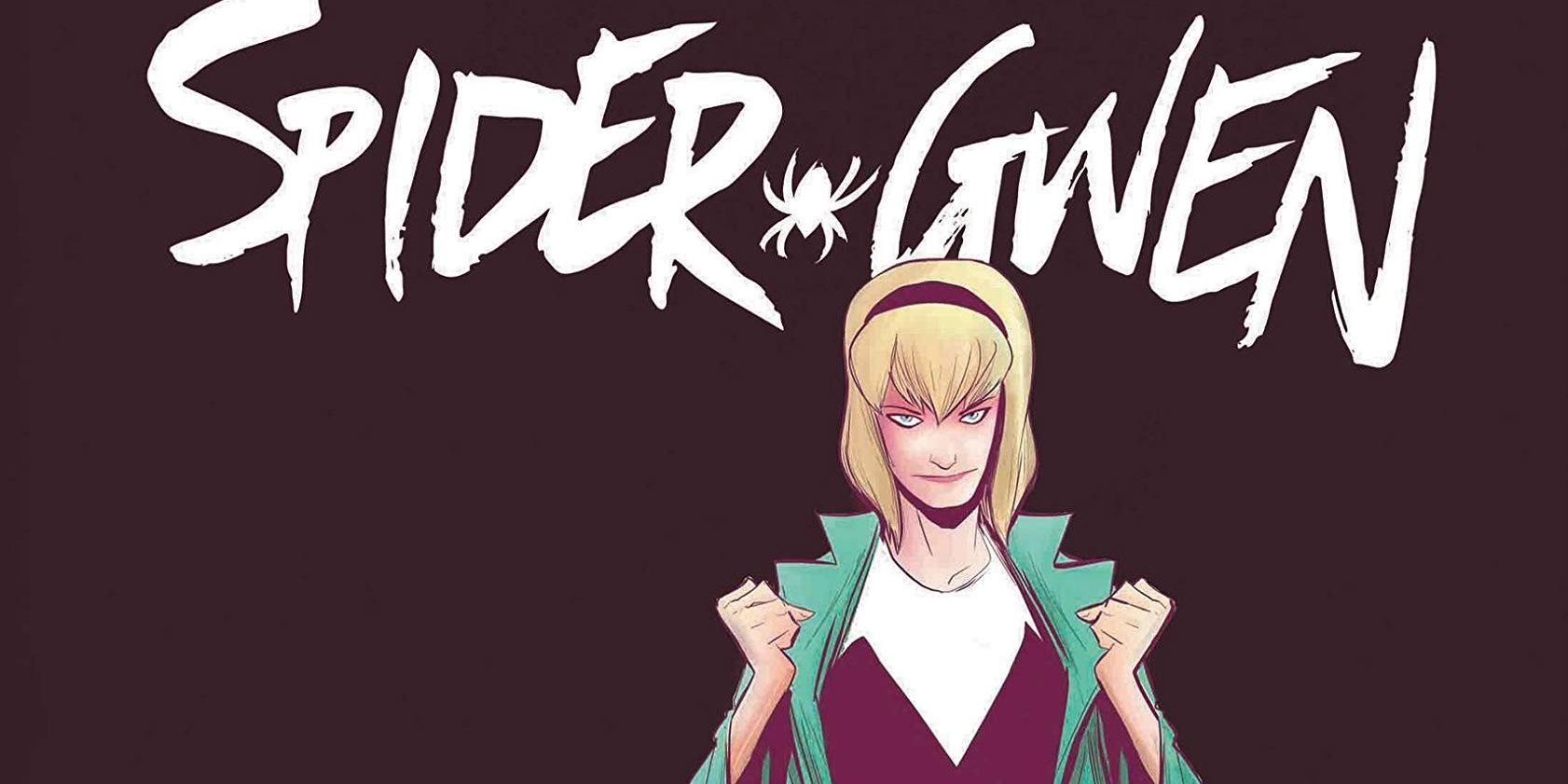 Spider-Gwen’s 10 Best Allies In The Comics

Entering the scene during 2014’s “Spider-Verse” storyline, the Earth-65 version of Gwen Stacy showed a new side to an old character. What started out as a simple “What If” style story, this version of Gwen took the audience by storm and soon received its own series the same year it debuted.

Check out this Spider-Gwen wall print

Spider-Gwen’s story followed many of the same beats as the typical Spider-Person story: radioactive spider, toying with new powers, losing a loved one, and learning the old creed “with great power comes great responsibility”. Unlike Peter, Gwen existed in a different universe, so she came with a whole new cast of familiar faces.

George Stacy has always been important in the history of Spider-Man, and more so in that of Spider-Gwen. In the original Marvel Universe, George Stacy was a police officer who regularly defended Spider-Man’s actions against naysayers like J. Jonah Jameson. Earth-65 George still works for the NYPD, but as lead detective for the Spider-Woman task force that was set up to capture Gwen after Earth-65 Peter Parker died.

Early in her story, Gwen did not reveal her identity to her father. However, after George is nearly killed by The Rhino, Gwen reveals who she is to her father and reminds him that she is only doing what he has modeled for her over the years.

COLLIDER VIDEO OF THE DAY

Peter Parker and Gwen Stacy are one of comics‘ most iconic couples. It’s Gwen’s death in the main Marvel Universe that makes Peter take his hero responsibilities much more seriously than before, and it echoes Spider-Gwen when she loses her Peter. It’s only fitting that when Earth-65 Gwen and Earth-616 Peter meet, there are some residual emotions floating around.

The two agree to help protect each other during the Spider-People’s battle against the Inheritors, and they develop a strong friendship along the way. Peter even goes so far as to help Gwen enroll in Empire State University on Earth-616 when her identity was made public on her earth.

If you have a scientific problem in the Marvel Multiverse, Reed Richards is the person to look for. The Earth-65 version of Mr. Fantastic doesn’t have the superhero moniker, but is instead an accident-prone child prodigy. Gwen initially meets her universe’s Reed at the Spider-Woman event after her Trans-Dimensional watch is stolen by SILK

Fantastic Four soon in the MCU?

Despite his youth, this Reed is just as smart as any of his multiversal counterparts, and even studied under one as a “trainee”. He managed to help Gwen and the other Spider-Women find their way back to the Prime Universe and continued to serve as Gwen’s technical support when needed on Earth-65.

In a multiverse like Marvel’s, characters can interact with different versions of themselves and sometimes even get a little life-changing advice. After nearly killing her universe’s Matt Murdock for putting her father into a coma, Spider-Gwen found herself inadvertently creating a new timeline upon encountering an alternate version of herself: Gwen Stacy from Earth-617.

The Earth-65 counterparts of Steve Rogers, Bucky Barnes and Isaiah Bradley were injured by Nazi spies before receiving their super soldier serum from Project Rebirth. Thanks to Sharon Carter’s quick thinking, Samantha Wilson was able to obtain the serum and Captain America was born.

Sam, like many Captain Americas before, served as a beacon of hope for the heroes of his world. She saved Gwen during encounters with the Lizards of SILK and Harry Osborne of Earth-65. She also provided support to Gwen during the latter’s loss of powers, served as a character witness during Gwen’s trial, and even went so far as to offer Gwen a way out of prison.

Miles and Gwen’s relationship was a focal point for both characters for a brief window in the comics. They met during one of the many Spider-People multiversal crossovers and eventually developed romantic feelings for each other. Gwen helped Miles find an alternate version of her father in the universe, and Miles gave Gwen the inspiration for her new codename “Ghost Spider”.

Spider-Verse sequel will include Miles and Gwen Romance

They even traveled to another universe where they married famous heroes and met their potential future children. However, they were eventually forced to part ways and return to their original universes.

One of the dumbest variations of Peter Parker, Spider-Ham existed in the Spider-Gwen comics more as Jiminy Cricket for Gwen when she returned from the original Spider-Verse event. Peter Porker provided Gwen with someone to talk about her issues with, as he was more of a hallucination than a real being.

The Spider-Ham himself was also among Gwen’s many Spider-Allies during Spider-Geddon, and regularly teamed up with the other Web-Warriors in the many battles the Spiders of Marvel found themselves fighting over the years. .

The Parkers of Earth-65 were neighbors to the Stacys, resulting in Peter and Gwen becoming childhood friends. Unfortunately for Gwen, Peter’s death being blamed on her as Spider-Woman caused her to avoid May and Ben Parker out of guilt.

Gwen revealed her identity to May and Ben as she was slowly overwhelmed by the machinations of Kingpin Matt Murdock, and the Parkers were shocked. As Gwen tried to figure out how to beat Murdock, it was Ben who spoke up and told her that she had to be the one to handle him. He told her to avenge her father because she “has the power to do so and must take responsibility for it”.

Jessica Drew is a Marvel hero with a lot of history and often acts as a mentor to young Spider-People across the Multiverse. For Gwen, Jessica was the superhero equivalent of Cool Aunt. They regularly met fellow Spider Cindy Moon (aka Silk) for brunch, and one meeting in particular led the three of them into a deep conspiracy involving the origins of Gwen’s powers.

Jessica would come into Gwen’s life as a confidante when needed, offering years of superhero and spider-like wisdom to the young hero. She can also provide Gwen with tech and spy support from her years as a SHIELD agent.

One of Gwen’s many issues with her secret identity is being able to regularly attend and stay at group practice. Em Jay Watson, Glory Grant, and Betty Brant are Gwen’s lifeline to a normal life, but the group was always in a state of flux due to Gwen’s activities as Spider-Woman.

When Gwen was forced to reveal her identity, the girls were shocked but supported their friend. They even chewed out Ben Parker for suggesting Gwen get revenge on Matt Murdock for putting her dad in a coma. The band were also always supportive of Gwen continuing her spider abilities, and even suggested going on tour so things in New York could calm down while helping those in need.

Hello, you have reached the profile of Dan Malloy, writer for Collider Lists. Dan is a rookie writer who focuses on anime, D&D, and tokusatsu, but likes to dive into more mainstream topics from time to time. Often found hanging out with his cat, Dan likes to use his free time to relax and find a new sight to become obsessed with.

“From Bill to Biden”: the story of America through cartoons