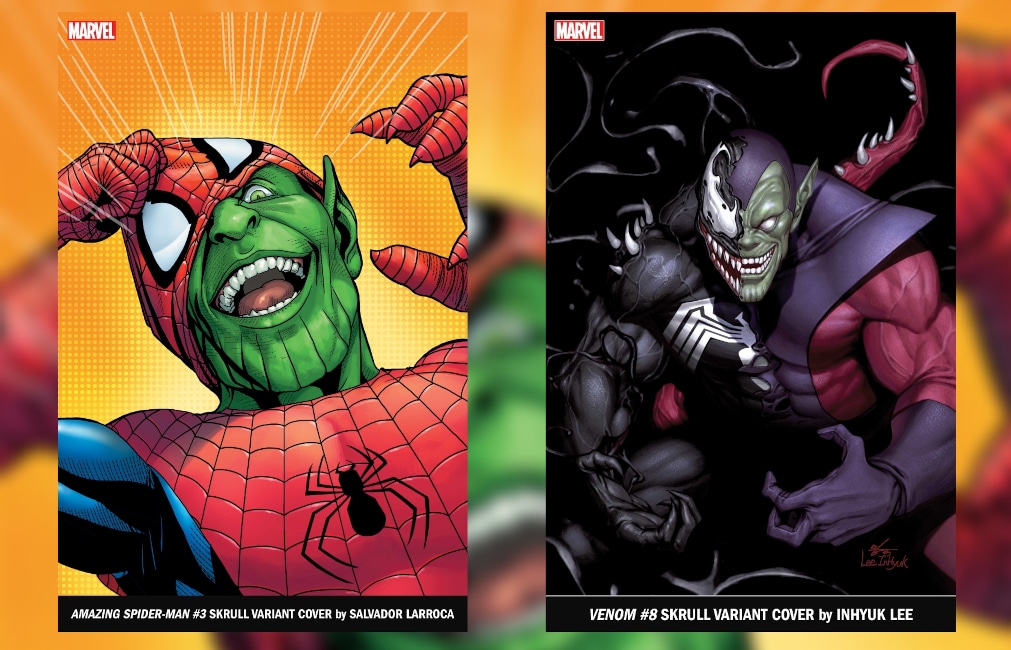 Skrulls invade Marvel Comics in May

This year has been an exciting year for Marvel Comics fans. Not only are we getting amazing new stories and series, but also great variant covers. Well, thanks to Marvel, we now have even more variant covers to track down. Today, Marvel announced that “The Last Skrull Takeover Begins!” Coming soon, Skrull variant covers will invade many ongoing series. You can check out the official details and some of those covers below.

The Skrulls’ final takeover begins! Gracing the covers of your favorite ongoing series, see Marvel’s greatest heroes revealed as undercover Skrulls in new artwork this May! Crafted by the finest artists in the industry, these stunning pieces show just how devious the greatest cosmic foes in the Marvel Universe can be. And later this year, fans can expect the Skrulls to take center stage again in SECRET INVASION from writer Ryan North and artist Francesco Mobili, an upcoming limited series starring Nick Fury and Maria Hill reminiscent of the iconic 2008 crossover event!

Discover the first batch of SKRULL VARIANT COVERS now and collect them throughout May! For more information, head over to Marvel.com.

We want to hear from you Marvel Comics Fans

Are you excited for the Marvel Comics Skrull variant covers? Are they essential to your collection? Also, what Marvel comic book series are you reading right now? This Hashtag Show wants to hear from you!

You can let us know what you think by leaving a comment below or by contacting me at starwarsnerd574. Or you can also join us on the Marvel Fanatics Facebook page to leave a comment and discuss all things Marvel as well. Also, be sure to stay up to date with all the latest Marvel and Collectibles news by following us on ThatHashtagShow.com.