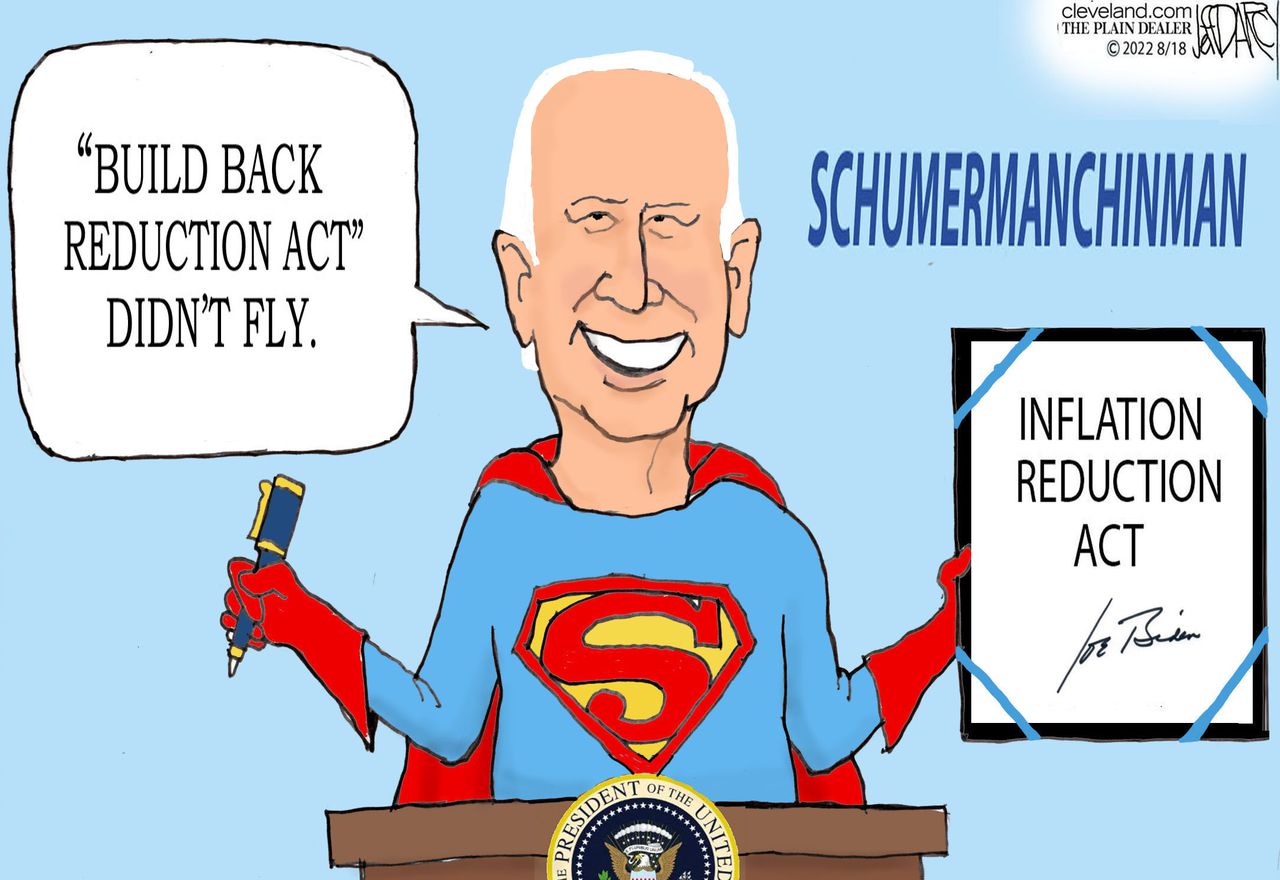 CLEVELAND, Ohio — President Biden’s trillion-dollar “Build Back Better Act” was rebuilt, scaled down, and renamed the “Inflation Reduction Act” by Senators Chuck Schumer and Joe Manchin, at the behest of Biden, who then signed the $750 billion law on Tuesday.

While the Congressional Budget Office has concluded that the bill’s short-term impact on inflation will be negligible, it is the nation’s biggest investment in reducing global warming, medical costs and the deficit. of 300 billion dollars.

“He knew enough, being a former senator. Sometimes you have to let us do what we have to do, and I gave him all the credit, and you don’t do something of this magnitude with him – the President of the United States – without getting involved in this that’s going on.”

President Biden presented the signing pen to Manchin, whose vote and contribution to co-drafting the law with Schumer was instrumental in its passage.

“Today, we too often confuse noise with substance,” Biden said in his remarks. “Too often we confuse setbacks with defeats. Too often, we give the biggest microphones to critics and cynics who delight in declaring failure while those committed to real progress do the hard work of governing. Making progress in this country, as large and complicated as ours, is clearly not easy. It has never been easy. But with unwavering conviction, commitment and patience, progress happens.

The passage of the law reflects and symbolizes Biden’s political and legislative style. Before becoming vice president and now president, Biden had spent decades in the U.S. Senate, beginning in the early 1970s, serving as a moderate, accustomed to compromise to pass bills for the benefit of all.

The signing of the IRA bookends Biden delivering the bipartisan infrastructure agreement with retired Senator Rob Portman of Ohio. In between, there was the assassination of the leader of al-Qaeda, the extension of medical benefits for veterans and the signing of the Chips Act, which further benefits Ohio with the construction of the new manufacturing plants. from Intel north of Columbus.