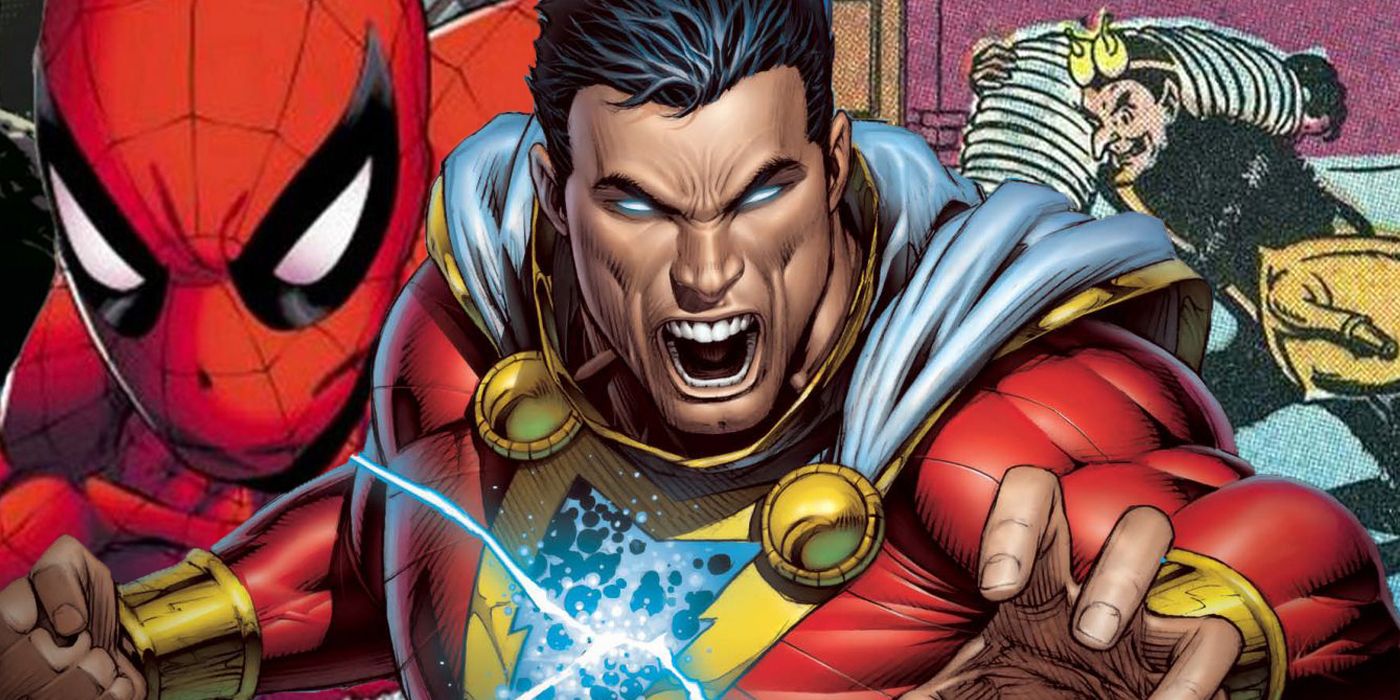 Shazam fought “Spider Man” over a decade before his Marvel debut

Long before Spider-Man made his Marvel Comics debut, a hyphenated character named Spider Man (who was a total nutcase) fought Shazam in the 1940s.

Long before Spider Man made his Marvel Comics debut, a villain named Spider Man faced off against Shazam in a hilarious comic book. In the late 1940s, the hero, then known as Captain Marvel, fought a grotesque villain named Spider Man (without a hyphen) who tied people up with plastic straps. Unsurprisingly, Spider Man never came out on top – paving the way for the Marvel version to definitely take the name just over a decade later.

Bug heroes weren’t exactly a new concept when Stan Lee and Steve Ditko first created Spider-Man in the early 1960s. In the early 1940s, DC Comics created a hero named Tarantula, who had its own water gun-like web shooters that hardened over time. A few years later, Fawcett Comics released a story starring Captain Marvel in which the mighty hero would adopt his own version of Spider Man.

In Awesome Comics # 89 by Otto Binder, CC Beck, Pete Constanza and Will Lieberson, two pilots are about to steal a million dollars in gold at Fort Knox. However, before they’re about to take off, a villain named Spider-Man (who wears a furry spider suit and an interesting helmet) sticks a web to them. He reveals that he invented a liquid plastic that turns into a sticky solid – which he learned by observing spiders.

Luckily, Billy Batson turns out to be on the plane, because in a silly story from the Silver Age he was portraying Whiz Radio to see how gold was transported to Fort Knox (Of course! Why , not?). After being whipped with a pistol, the plane lands to meet Spider Man. Transforming into Captain Marvel, Billy battles the new foe but is hit by the sticky plastic, giving the villain enough time to fly away.

However, stopping Shazam is not that easy. He catches up with Spider Man and, after nearly getting bitten by a tarantula, he punches his opponent and ties him up in his own plastic. Captain Marvel delivers Spider Man to the police.

Without surprise, Awesome Comics # 89 was the only appearance Spider Man would make. Ultimately, he didn’t stand out as a villain enough for continued use in the adventures of Captain Marvel and has been largely forgotten over time. Thankfully, Lee and Ditko weren’t worried about naming a Spider-Man character as well, as their take on the webbed comic book hero was obviously much more interesting and stood the test of time. However, you must be wondering if they have ever read the Spider Man appearance or were at least partially inspired by the Shazam scoundrel.

Next: Raven Is Teaching The Next Generation Of Heavy DC Magic Users

None of the Magic users in DC Comics actually use Magic