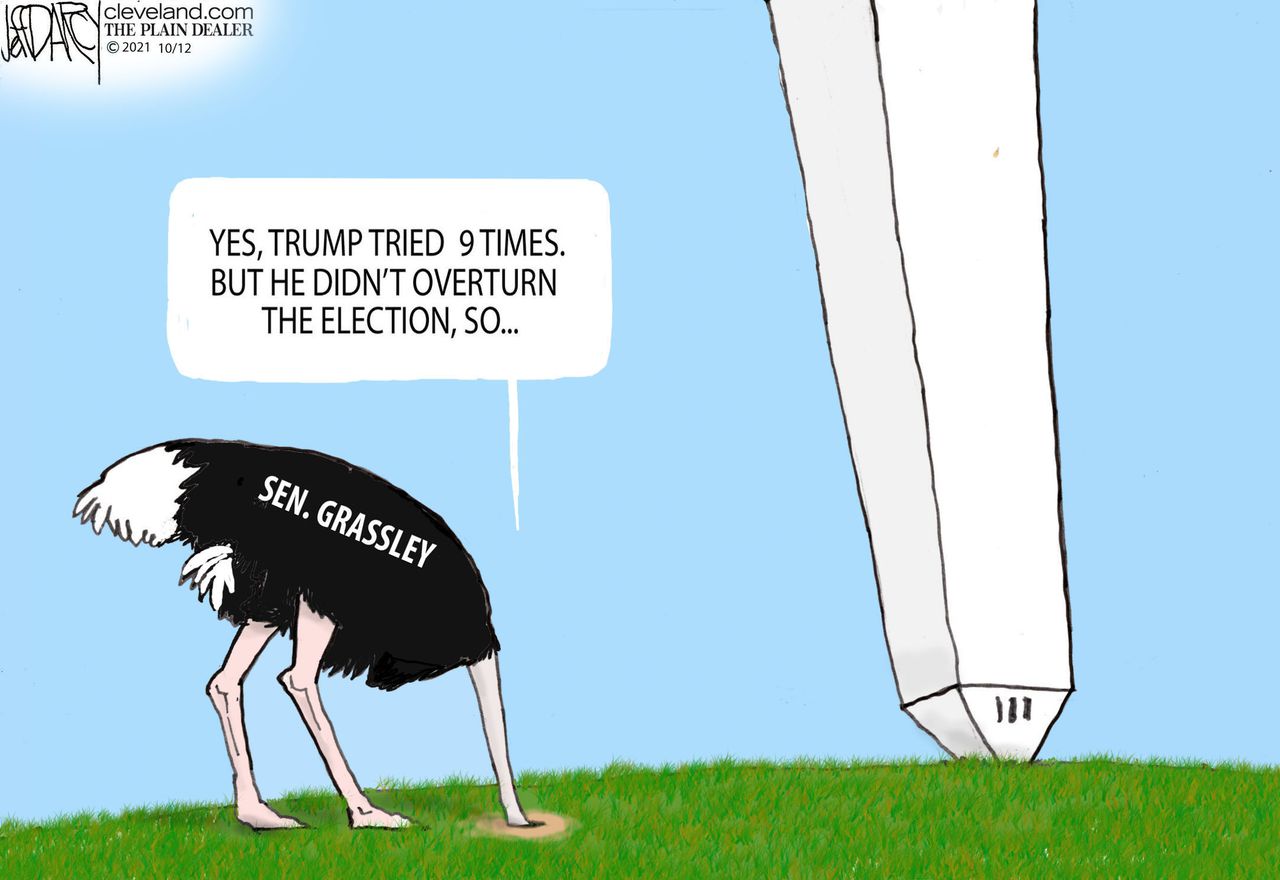 Grassley, the longest-serving Republican senator, did an about-face and leaned on Trump at his rally in Iowa on Saturday to accept the endorsement of the twice-impeached former president. The 88-year-old senator is running for his eighth term instead of retiring with a respectable reputation and legacy, which he has now tarnished forever.

â€œI was born overnight but not last night. So if I didn’t accept the approval of someone who has 91% of the Republican voters in Iowa, I wouldn’t be too smart. I’m smart enough. to accept this approval.

Trump’s Saturday night rally in Iowa followed the release of the Senate Judiciary Committee’s damning report that detailed how aggressively Trump made nine attempts to overturn the 2020 election results.

During the rally, Trump repeated his lies that the election was stolen and vowed to overhaul the entire electoral system if he returns to the presidency in 2024.

He’s already toppling the monuments of Washington, Lincoln, and Jefferson as he sets out to overthrow the U.S. Constitution with insurgents brainwashed on Jan.6 and fans rallying cheering him on.

Eight months ago, instead of hugging Trump like he did at the rally, Sen Grassley called out Trump for his election lie and unconstitutional actions.

“President Trump continued to claim that the election was stolen even though the courts did not back his claims. He demeaned and harassed elected officials across the country to get what he wanted. He encouraged his own and loyal Vice President Mike Pence to take extraordinary and unconstitutional action during the Electoral College count … There is no doubt in my mind that President Trump’s language was extreme, aggressive and irresponsible .

What is also irresponsible is that Sen Grassley is now accepting the approval of such a scoundrel instead of showing real leadership and exposing him again.

There was a typo on the podium panel of Trump’s rally. It was written “Save AMERICA”. Corrected, it would read “Sicken AMERICA” like it has the Republican Party.

Iowa Governor Kim Reynolds and five other Iowa GOP VIPs, along with the disturbing majority of Republican voters, have joined Senator Grassley’s embrace of Trump.

Christopher Krebs, a longtime Republican and former US cybersecurity chief in the Trump administration, was correct in saying Sunday in “Face the Nation” that Trump put the Republican Party on “a death spiral.”

Krebs noted how Rep. Steve Scalise, in an interview with Chris Wallace, declined to say that the 2020 election was not stolen and to admit that President Biden legitimately won, as Krebs had.

“They’re afraid to speak up because they’re afraid that the former president will try to elect them, and then the other element is that they have activated and lost control of their voting base, the people who are going to put them in power.

â€œIt’s got out of hand, so it’s a death spiral. They have lost control and they do not have the capacity to regain control.