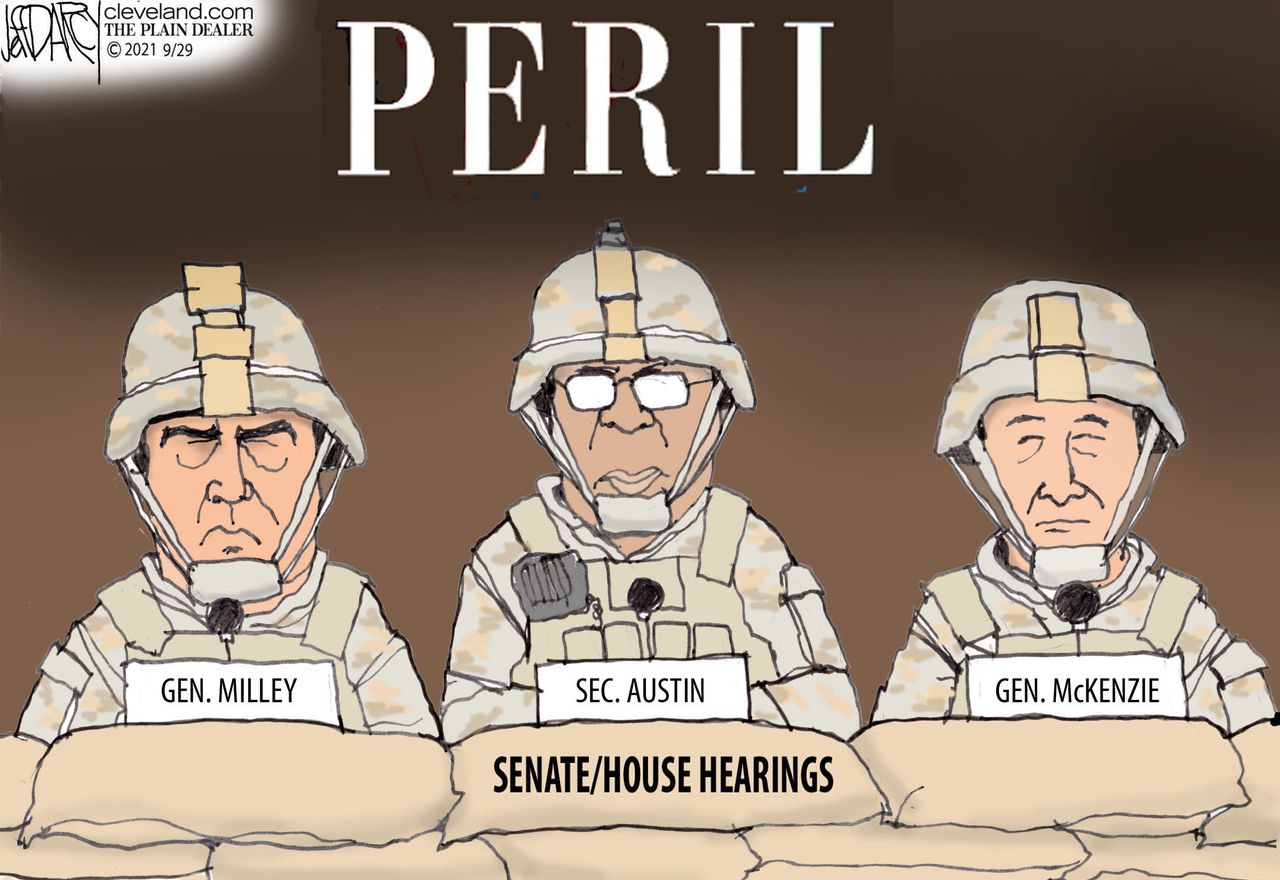 Provocative generals in the Senate, House: caricature by Darcy

CLEVELAND, Ohio – Retired General-turned-Secretary of Defense Lloyd Austin, Chairman of the Joint Chiefs of Staff General Mark Milley and General Kenneth McKenzie were prepared for peril and a general grill during the hearings Senate and House Tuesday and Wednesday on the withdrawal of US troops from Afghanistan, and General Milley’s appeal to a Chinese general.

Hearings showed democracy was at work, with the Defense Secretary and generals facing tough questioning from senators and representatives and being transparent about how they were rejected by commanders in civilian leader, Presidents Joe Biden and Donald Trump, and the United States undergoing a strategic crisis. loss in Afghanistan.

In his opening statement, a provocative General Milley sternly defended his two phone calls to his counterpart in China, which were leaked in the book “Peril” by Washington Post reporters Bob Woodward and Robert Costa.

The Chiefs of Staff noted that Acting Defense Secretaries Secretary of State Mike Pompeo and President’s Chief of Staff Mark Meadows were aware of the calls and at least eight other officials were actually in the room when they were passed. Milley explained how the proper procedures were followed and how it was her job to make phone calls.

Generals McKenzie and Milley testified that they recommended former President Trump and President Biden to leave limited US military force in Afghanistan. Defense Secretary Austin also agreed with this assessment. All three, however, accepted that it was up to them to simply make recommendations to the Commander-in-Chief, knowing full well that they might be rejected.

Defense Secretary Austin and Generals Milley and McKenzie have been the hardest questioned by Republican senators. On the same day, Senate Minority Leader Mitch McConnell again thwarted actions taken by Majority Leader Senator Chuck Schumer to raise the debt ceiling to avoid a government shutdown that would result in the non-payment of the American armed forces.