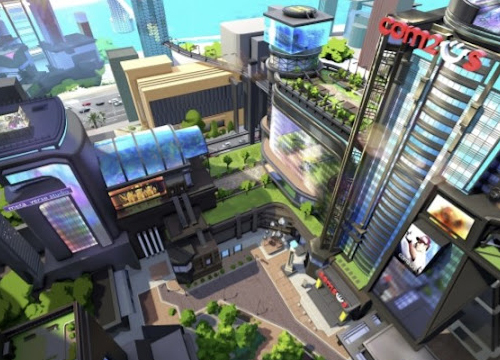 Com2uS Corp. creates a real-world compatible metaverse world where its employees will be given individual office spaces to enhance the live work and play environment.

The South Korean game publisher on Tuesday unveiled a plan for its employees to start working in the virtual office of its own metaverse platform Com2Verse in the second half of 2022. The company has built a full value chain for its platform. -form of metaverse by investing some 500 billion dollars. earned ($ 421.7 million) in technology and related businesses since 2019.

Its metaverse platform will replicate the real world in a virtual space called the â€œoffice worldâ€ where 2,500 employees will work. General stores, clinics and banks can open their points of sale in the metaverse space for real services. It will also have a “theme park world” where people can play games and watch movies. A â€œcommunity worldâ€ is also to be added for networking.

By Jin Young-tae and Cho Jeehyun