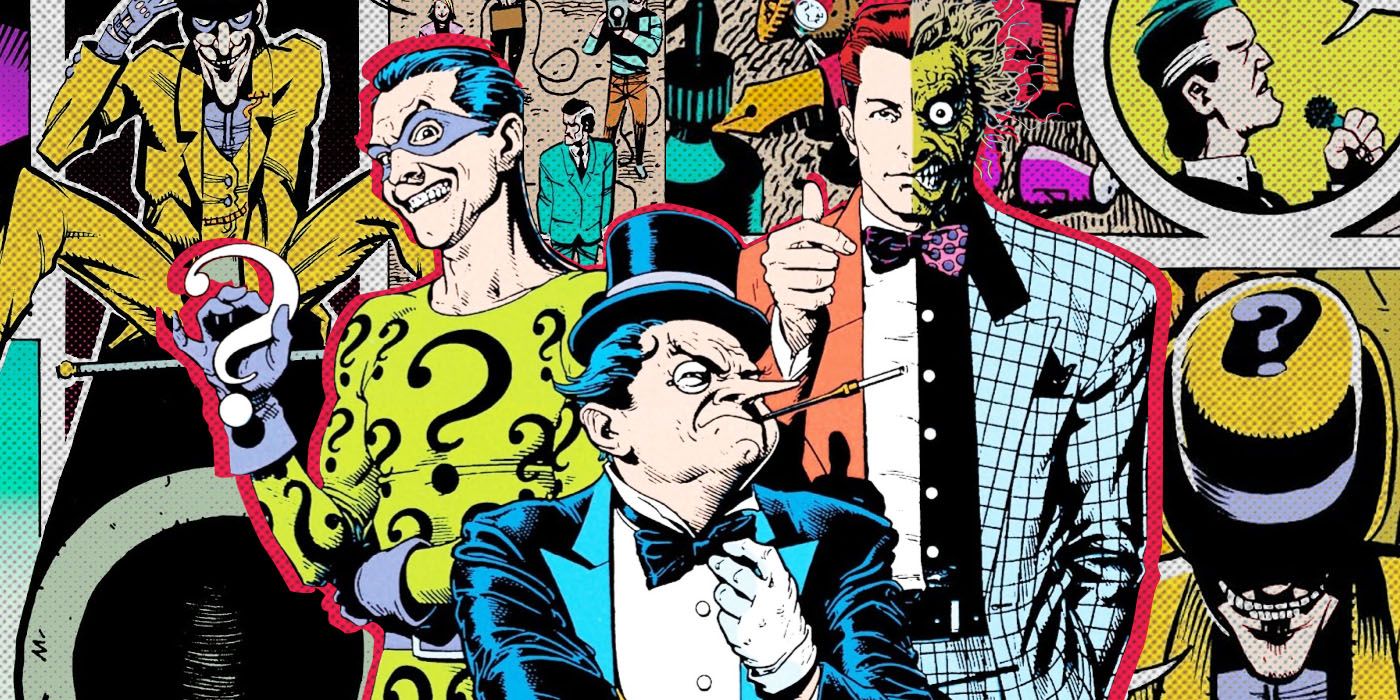 Decades before the release of the current The Batman film, 1989 saw the release of Tim Burton Batman and as I pointed out in a recent Comic Book Legends Revealed, that thing was NUTS. It was so crazy that even the Marvel Universe couldn’t stop talking about the movie. When the Batman The TV series came out in January 1966, it not only started a Bat-mania with fans but also saw a big comic book boom where pretty much ALL superhero comic books saw a surge in sales and nearly 25 years later, Tim Burton’s Batman somehow had a very similar effect. It wasn’t as dramatic as 1966’s Bat-Mania, but it was still a big deal.

Naturally, enterprising comic book publishers who wanted their comics to, you know, sell, would find ways to tie into that 1989 Bat-Mania and that’s what Mark Waid offered when he made a Secret Origins Special in 1989 spotlighting three of Batman’s main thieves, the Riddler, Two-Face and the Penguin (maybe someone else at DC higher up than Waid had the idea, but I don’t know, so I’ll give credit to Waid, as the editor of the issue). Neil Gaiman wrote a framing device, but he also wrote the Riddler story, drawn by Bernie Mireault, with inks by Matt Wagner and colors by Joe Matt and my goodness the story is just brilliant throughout long and fascinating commentary on this era of superhero comics, which was of course influenced by the two 1986 masterpieces, watchmen by Alan Moore and Dave Gibbons and Return of the Dark Knight by Frank Miller and Klaus Janson.

THE RIDDLER REFLECTS ON BATMAN’S STORY

The conceit of the story is that Riddler is interviewed by a news crew in an old warehouse filled with the various oversized props Gotham City was known for. It was the stuff that classic Dick Sprang/Lew Schwartz/Sheldon Moldoff stories were filled with and became nostalgic props until about a decade before this story (Steve Englehart wrote a fight during his run on Detective comics in a giant typewriter screen, paying homage to the Batman story).

Next to Riddler is the ear of corn from his first appearance (which I wrote about yesterday).

Gaiman then quickly asks Riddler to detail his real origin (all the puzzle cheating as he became a puzzle expert), but that’s really not the point of this story at all…

No, it’s about Riddler expressing his nostalgia for past Batman comic book stories, which of course is perfectly exemplified by this warehouse of ancient Batman relics…

It’s Gaiman who is very aware of the first Bat-Mania, but at the same time, it’s 1989, which is all about post-modernism.

THE RIDDLER REFLECTS ON BATMAN’S PRESENT

One standard thing, which I’ve written about before about this era, is a tendency to portray older Silver Age villains as sort of losers. There have been a number of great stories written with this approach, so I understand where it’s coming from, but I’ve never really liked it and what I really admire about what Gaiman is doing here, it’s that it gets the same base point (that past villains seem a bit outdated in the then-present), but does so with so much more sympathy than a story like this took generally. Here, the Riddler legitimately wonders if things have changed and no one has thought to tell him.

Of course, as I noted yesterday, the Riddler was killing people a decade before this comic came out (and still tried to kill people, though you could argue he did it knowing that Batman would stop him), so maybe the Riddler doesn’t slip as easily as any other villain into a “Wow, bad guys KILL PEOPLE NOW” type story, but the overall idea is still great.

However, what I really appreciate here is something that I think was missing from Marvel’s entire Scourge era, where “wasted” villains were murdered by the Scourge to clear the deck for more modern villains. As the Riddler notes here, the comics past weren’t bad, there really aren’t any inherently stupid villains, and that there’s just a case where a writer has to step it up for these characters to work again and that, of course, is all the Riddler (or any comic book character) really wants, for a writer to step in and write them good again. No one has to be kitsch, but neither should their charm be lost in an attempt to make them grittier and more “realistic” (whatever that means).

At the end, the Riddler turns the tables on the interview with a brilliant line about how, of course, he’s enigmatic, he’s literally E. Nigma. You don’t come to the Riddler for the answers, you come for the questions.

The news crew admits that while he wasn’t much of a villain (at the time), he would be a great TV personality. Note, by the way, that this story is the beginning of the classic Riddler costume that has become so iconic in the years since. It was meta commentary at its finest and a sign that even early in his career, Gaiman was an engaging comic book writer.

If anyone has a suggestion for a future meta post, message me at [email protected]

KEEP READING: How Nightwing Explained Batman Fired Him As Robin

“I want to feel safe”: The Youth Orchestra of Ukraine is now a refugee | world news