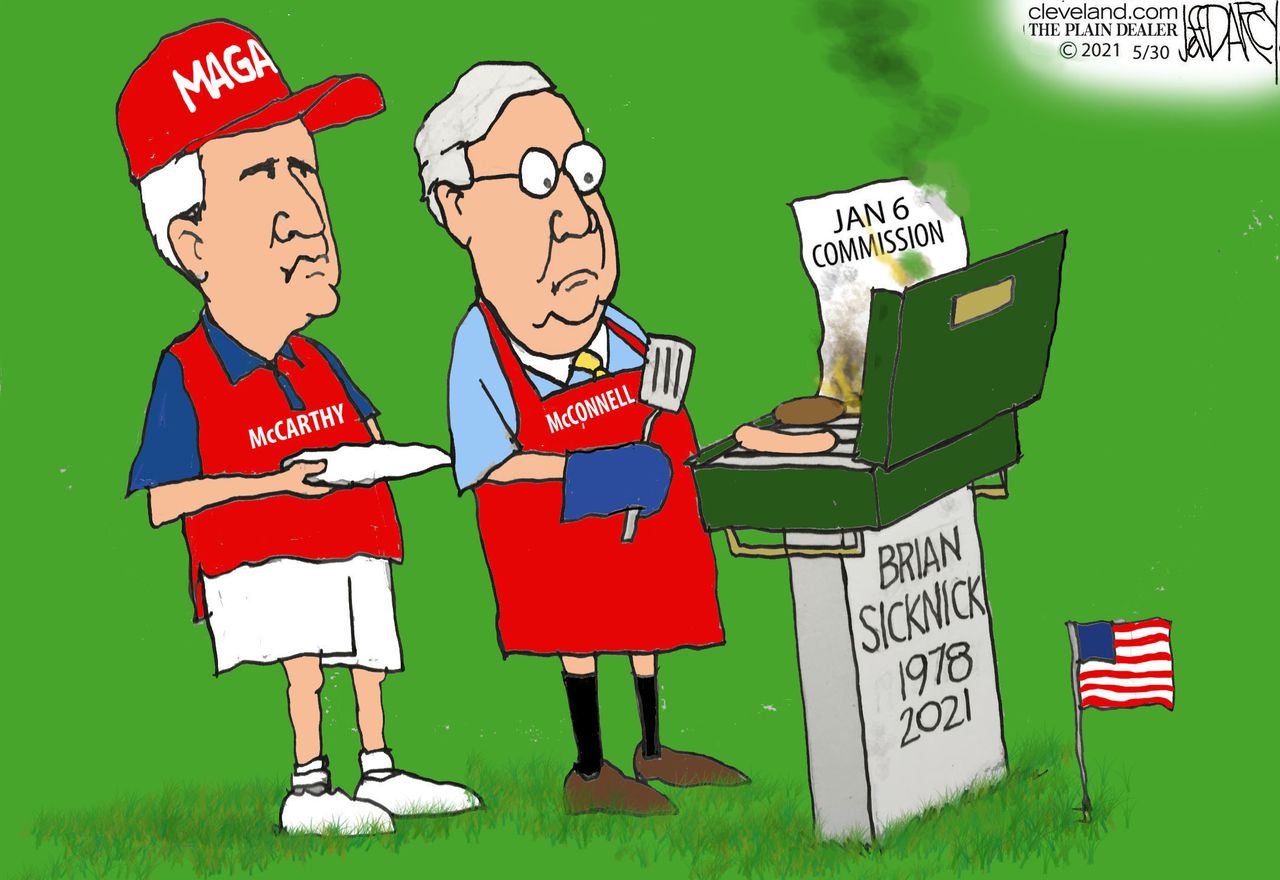 
CLEVELAND, Ohio – Congressional Republicans held their Memorial Day Cookout on Friday on Capitol Hill. Led by Senate Minority Leader Sen Mitch McConnell, they paid tribute to officers who lost their lives and were clubbed by Trump supporters in the Jan. 6 uprising on Capitol Hill by torching the Independent Commission and bipartite of January 6.

They blocked the commission despite Brian Sicknick’s mother Gladys coming to Capitol Hill to ask them to vote for her in one-on-one private meetings she has requested with senators.

Only 6 of the 10 necessary Republican senators voted for the Commission, among them, thankfully, Senator Rob Portman of Ohio. The others were Senators Lisa Murkowski of Alaska, Susan Collins of Maine, Bill Cassidy of Louisiana, Ben Sasse of Nebraska and Mitt Romney of Utah.

These senators were six “Courageous Profiles” who put their country and their oath of office before their party, as was Officer Brian Sicknick who was himself a Republican.

To their shame, the majority of Republicans in Congress were only interested in honoring a Republican and it was not Officer Sicknick or President Lincoln, it was the defeated Donald Trump who sparked the insurgency who was the worst attack on the United States Capitol since the Civil War. . This is not how all those who put their country first over their own lives during the civil war and all other wars and insurgencies are to be remembered. They must be greeted, the Republicans who voted against the January 6 Commission, Officer Sicknick and his mother, Gladys, must be ashamed.