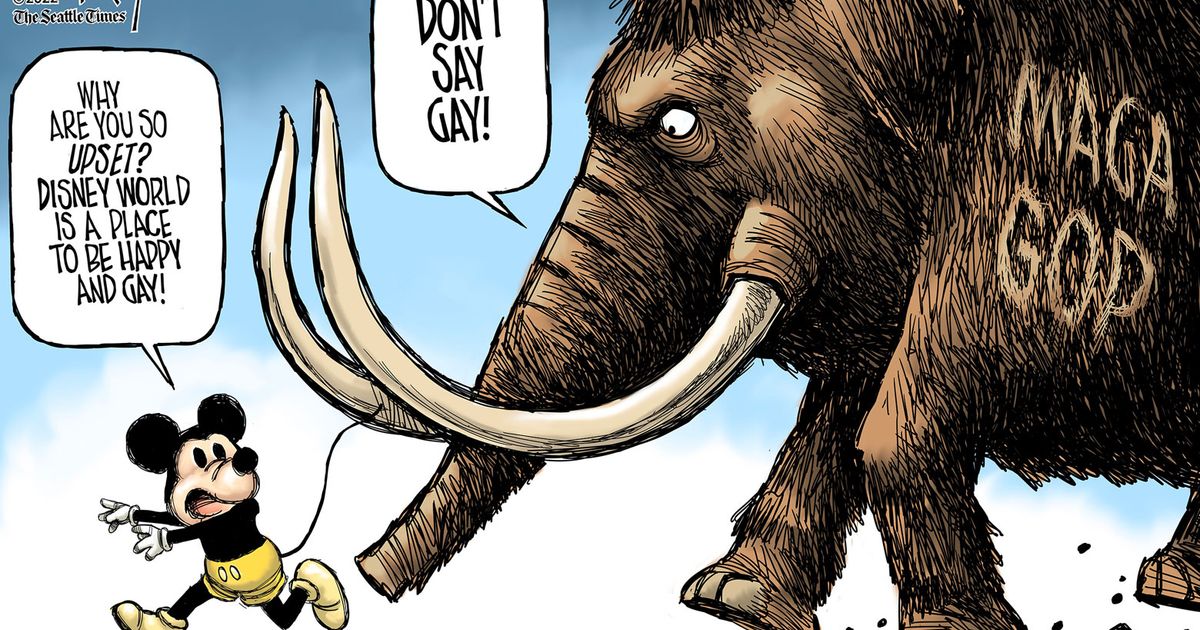 Who knew adorable little Mickey Mouse could draw such ire from MAGA Republicans?

Ever since Disney bosses chose to voice their objections to Florida’s so-called “don’t say gay” bill, the company has come under attack from GOP culture warriors. Legislation championed by Sunshine State Governor Ron DeSantis prohibits discussion of LGBTQ issues in lower grades in public schools and prevents the teaching of such topics to older students. Whether one favors or opposes the ban, one would think that an open debate would not be offensive to either party, but, perhaps, they have a different view of free speech in Florida.

After Disney dared to intervene, DeSantis and Republicans in the Florida Legislature revoked the special self-governing status that allowed the Disney World theme park to run all the services normally provided by a municipality on its own. It was a punch in the eye for the Magic Kingdom, but also a blow in the pants for the surrounding county taxpayers who will now be paying the tab for these services.

Florida’s punishment of Disney doesn’t seem enough to satisfy the Taliban wing of the GOP, however. Now, Missouri Senator Josh Hawley has announced plans to introduce legislation that would eliminate Disney’s copyright protection for early Mickey Mouse footage from the “Steamboat Willie” era. Hawley said in a tweet that there should be no more “woke business handouts”.

Leaving aside the question of whether a copyright is a handout, do Republicans now think it’s okay for governments to penalize the citizens of this supposedly free country for speaking their minds? a subject of public interest?

Hawley and DeSantis are both Ivy League-trained attorneys, so they should know better. And, of course, they do. But they also both want to be presidents, and they know it will pay dividends in the 2024 Republican primaries if they cook up a culture war with a mouse.

See other syndicated cartoonists at: st.news/cartoons

David Chevaly
is a two-time Pulitzer Prize-winning editorial cartoonist for the Seattle Times. His latest book is “Drawing Apart: Political Cartoons from a Polarized America”.