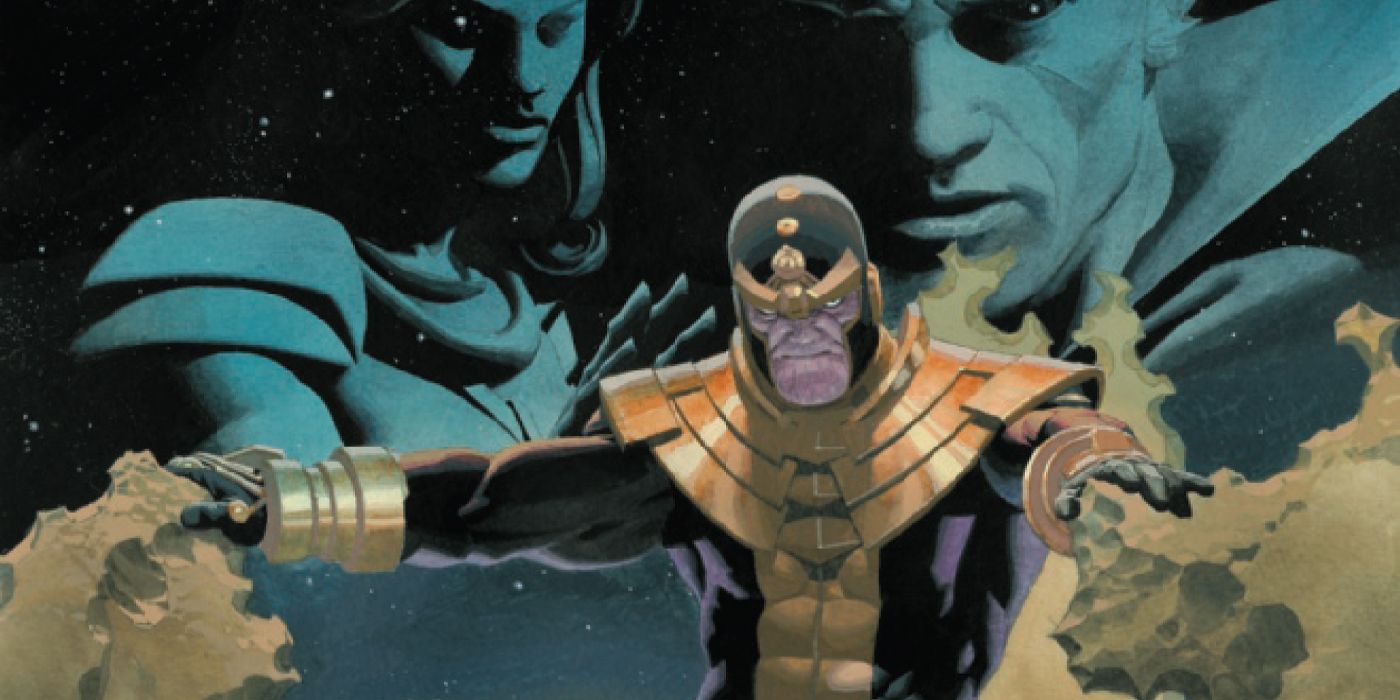 Writer Kieron Gillen, who is currently headlining the new Eternals comic book, made a shocking revelation about the Mad Titan. Thanos, who was single-handedly responsible for the destruction of Titan and the annihilation of its inhabitants, is in fact an Eternal. The Eternals are beings created by the Celestials through experimentation. While the Eternals can mate with other species, they are unable to procreate – a fact that makes the circumstances surrounding Thanos’ birth a matter shrouded in mystery. To shed some light on the matter, Gillen writes a unique issue alongside artist Dustin Weaver, describing the exile of the Eternal, A’Lars, the creation of civilization on the ruins of Titan, and the fall of the Titanians. .

Eternals: Thanos Rises # 1 opens into the idyllic world of the Eternals. Two million years before the present course of history, two powerful factions – the Zurasians who follow the Eternal Zuras and the A’Larsite, followers of A’Lars – waged war against each other. Both factions question whether Eternals should have the right to have offspring. To end the War of the Eternals, Daina, mother of Zuras and A’Lars, exiles A’Lars, so that he can find answers to the questions that haunt him. A’Lars travels to Titans where he meets Sui San. Together, they create a utopia. After failing to conceive a child, A’Lars confronts his father, Kronos, who may hold the key to his dreams.

RELATED: Ka-Zar: Lord of the Savage Land # 1 Is a Gorgeous Debut

In every culture, the stories of mythological heroes and eternal beings are written in poetic verses, and Gillen’s Eternals: Thanos Rises feels like an extension of that. Gillen takes inspiration from Jack Kirby’s Eternals creations and creates an epic tale loaded with conflict, love and divine intervention. The story follows A’Lars as he embarks on a hopeless journey, but is not told from his perspective. Storytelling is provided by the AI ​​that organizes the lives of the Eternals, The Machine, as it keeps a watchful eye on A’Lars. Even though the opening sequence is heavy on exposure, the human essence of the characters allows the narrative to unfold smoothly.

Beginning his career at the turn of this century, Dustin Weaver has become a tour de force in the comic book industry, creating expansive and detailed works of art with roots in the sci-fi genre. Like Gillen, Weaver’s art seems inspired by the artistic style of Jack Kirby, which gives the book a vintage feel. Its complex lines evolve with the character’s emotions, bringing depth to his personality. Matthew Wilson is preparing for a storm with his different shades of red, yellow and blue. Wilson’s work infuses the story with a glorious blend of textures, and his bright, warm colors breathe new life into the celestial world.

Adding to the already rich myth of the Celestials, Eternals: Thanos Rises is an endearing memoir of an eternal curious. The tale is akin to a Greek tragedy with grandiose dialogues and multiple layers of dramatic study incorporated into the narrative. The art is as surprisingly beautiful and colorful as an epic warrants. Yet the increasingly gloomy storyline creates a dichotomy that shows both the adventurous and fragile sides of the human nature that resides in the Eternals, however superior they may be. Eternals: Thanos Rises ends with a poignant series of beautifully arranged panels that will remain in the reader’s mind long after completion.

Sayantan is an India-based comic book fan who loves good storytelling more than anything else. His power to bore people to death with the Kaiju lore is matched only by his love for books and movies. He has a master’s degree in energy technology and loves to watch football. You can take a look at his works here: @kenichikyuro

Matt Dolan’s candidacy for the US Senate is required: cartoon by Darcy