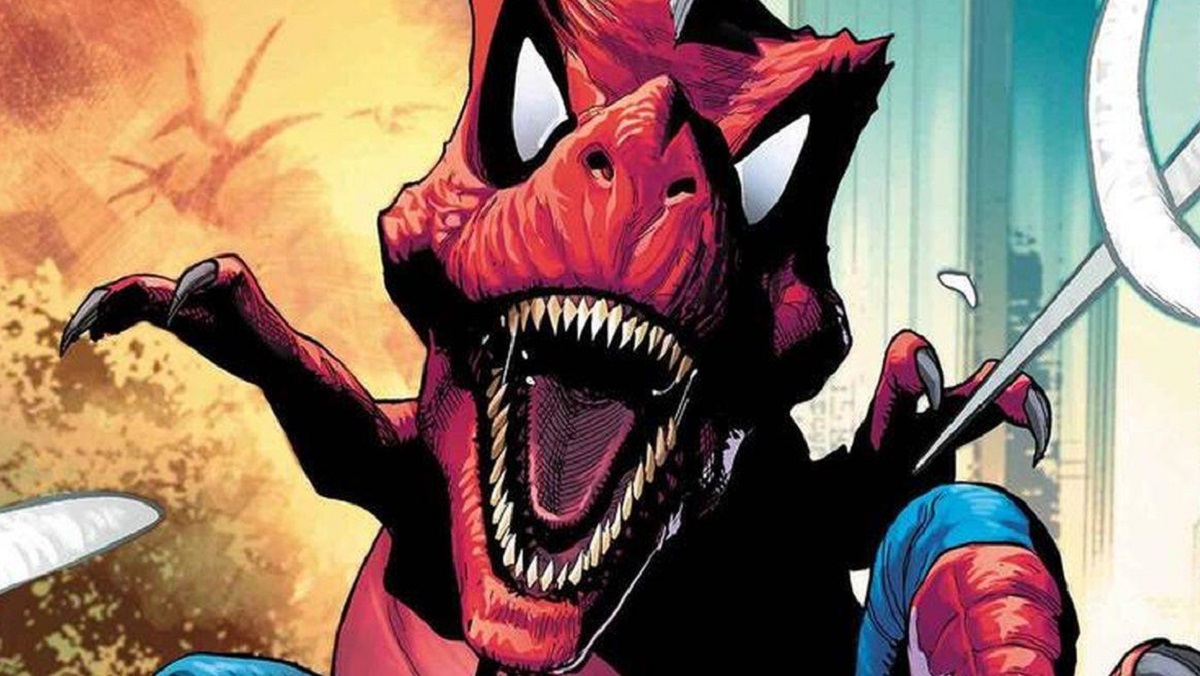 Thanks to Spider-Man: Into the Spider-Verse, the whole world is now aware that the multiverse is full of variations of Spider-Man. Some are newer characters with spider powers like Miles Morales and Gwen Stacy, and then some are pretty wild variants of the OG Spidey, Peter Parker. Characters like Spider-Man Noir, Peni Parker and Peter Porker. It’s a long list. But the latest variant of Peter introduced in the comics is perhaps the scariest, yet most impressive yet. In the new Marvel Comics miniseries, Edge of Spider-Verse, we will meet Peter Parker as a dinosaur, as a tyrannosaurus rex In fact. Friends, get ready to meet Spider-Rex, the Spider-Man of Earth-66. Yes, it’s a Spider-Man dinosaur variant.

In a tweet, Marvel revealed an image of Spider-Rex from the first issue, battling what looks like the human hybrid Pterodactyl. Sauron, the villain of the X-Men, who calls him “Pter Ptarker”. Does that mean his name is pronounced “Ter Tarker?? We’re not sure, but it’s pretty funny all the same. You can check out the image above and read the official description for number one of Edge of Spider-Verse #1 below.

THE END OF THE SPIDER-VERSE IS NEARING! edge (‘ej) noun – 1. outer limit of an object – 2. the cutting edge of a blade. The vanguard of the Spider-Verse has brought you Spider-Gwen and Peni Parker. This final edge will introduce you to some of the most important characters from the future of the Spider-Verse… but it will also slice the last strand of the web. IN THIS ISSUE: SPIDER-MAN BLACK! ARAÑA’S NEW STATU QUO! SPIDER-REX AND MORE!

Since DC Comics heroes recently dinosaurized as the Jurassic League, it only makes sense that Marvel would follow suit. In fact, just in time for his comic book debut, Spider-Rex also gets his own toy. Also coming this month is the Spider-Man Web Chompin’ Spider-Rex 16″ action figure, which is already available for Pre-order. Look, this trend may seem silly to most adults. But if there’s one thing kids love as much as superheroes, it’s dinosaurs. It’s a shock that no one thought of combining them until recently.

US proposes to increase refund protections for air travelers