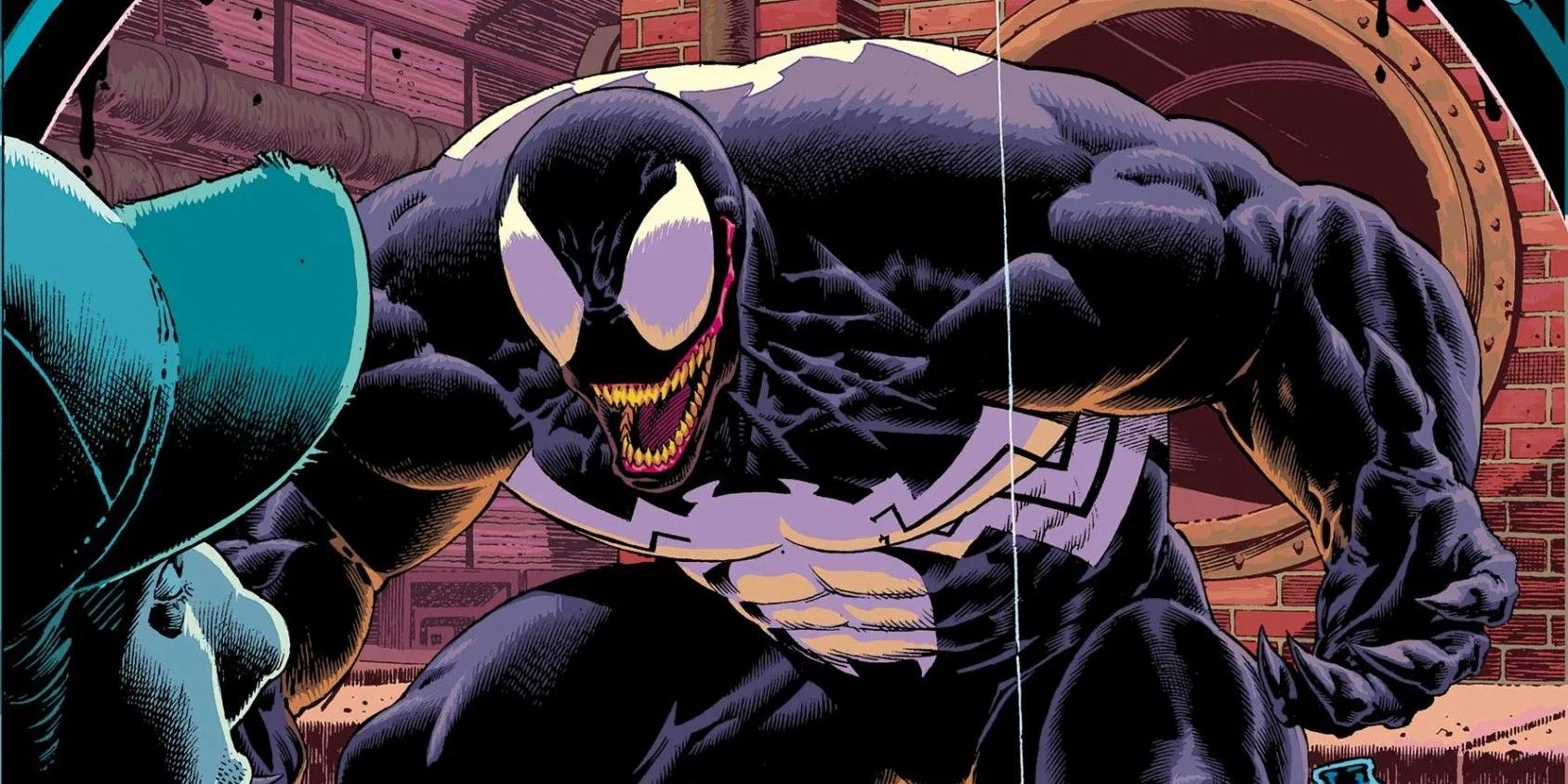 Lethal Protector #1 explores the adaptation period of the Symbiote

Venom: Lethal Protector #1 is a lethal dose of 90s nostalgia from the heyday of the symbiote antihero, with a solid story and great art.

As he’s busy these days traversing the cosmos as a God and dealing with cosmic-level threats, it can be easy to forget that Eddie Brock and his symbiote pal came from truly humble beginnings. Two entities bonded through hatred and loss to become Venom, arguably one of Marvel Comics‘ most popular characters. His distinct look and sensibility were all the rage in the ’90s, leading to nearly a decade of spin-off comics filled with his heroic (and often deadly) antics. Venom: Deadly Protector borrows its title from the groundbreaking 1993 comic book series of the same name, a pleasant throwback to the days when Venom’s concerns were to find his place in the world, butcher a villain or two, and threaten to kill Spider- Man from time to time. .

Venom: Deadly Protector #1, written by David Michelinie with art by Ivan Fiorelli and Bryan Valenza, begins like any old-school Venom story. The hero defeats helpless C-list villains without caring about their well-being. Along with his “heroic” antics, Eddie and the symbiote are still coming to terms with their place in the world and with each other. These are still the early days of their relationship and a period of adjustment that both parties find difficult to accept. As Venom tries to stumble through life, unexpected troubles with villains, a complicated relationship with his ex-wife, and shadowy characters all seem set to make life difficult for the mortal protector.

There’s no better way to write the classic Venom story than Venom: Deadly Protector #1 as the character’s co-creator, David Michelinie, who understands the character inside and out. Michelinie takes the reader back through a treasure trove of 90s nostalgia and introduces the reader to a more wordy, stubborn, and stubborn Eddie. He tries to do good but doesn’t care about the consequences of his actions, breaking bad guys, public property, and hearts in the process. Eddie and the symbiote are still adjusting and trying to see where they stand in this new relationship, reflecting an interesting dynamic of Eddie becoming more reliant on the symbiote in his attempts to bond with other humans. Michelinie’s writing is tight and reminiscent of the character’s heyday, with action-movie-worthy fight scenes, darkly comedic sequences, and fun interpersonal drama building intrigue.

A special revelation for Venom: Deadly Protector #1 is the art of Ivan Fiorelli. His lean, mean design for Venom perfectly captures the raw savagery and cool factor that put the character in people’s minds in the first place. Closely following Mark Bagley’s stellar work in the original Mortal Protector, Fiorelli’s style pays loving homage while remaining distinctly his own. From Venom’s toothy smiles to his most brutal moves, the art does the character justice. Working alongside Fiorelli, Bryan Valenza’s vibrant color palettes beautifully evoke the glitz and circumstance of the ’90s. Vibrant displays of costumed figures prancing through the streets break up grimy cityscapes. VC’s Travis Lanham also deserves a special mention for his lettering, which gives Venom’s dialogue a particularly monstrous tone thanks to the horror font and its black-on-white bubbles.

Venom: Deadly Protector #1 packs plenty of action, drama, and adventure into its debut issue, but it never feels bloated or rushed. It’s a fun comic that’s fun to watch and read while bringing the character back to basics. The issue is also a quick reminder that Venom still has a strong presence in Spider-Man’s world. The hero surfs the web across New York and battles D-list villains with wacky powers in all his angsty glory. Whether Spider-Man will appear in the series is up for debate, but the story really doesn’t need it. Mortal Protector #1 ends with the forces of evil raising their heads as one can only hope and look forward to what’s to come in this 90s wonderland.

Sayantan is an India-based comic fan who loves good storytelling more than anything else. His power to bore people to death with Kaiju lore is matched only by his love of books and movies. He has a Masters in Energy Tech and loves watching football. You can take a look at his works here: @kenichikyuro