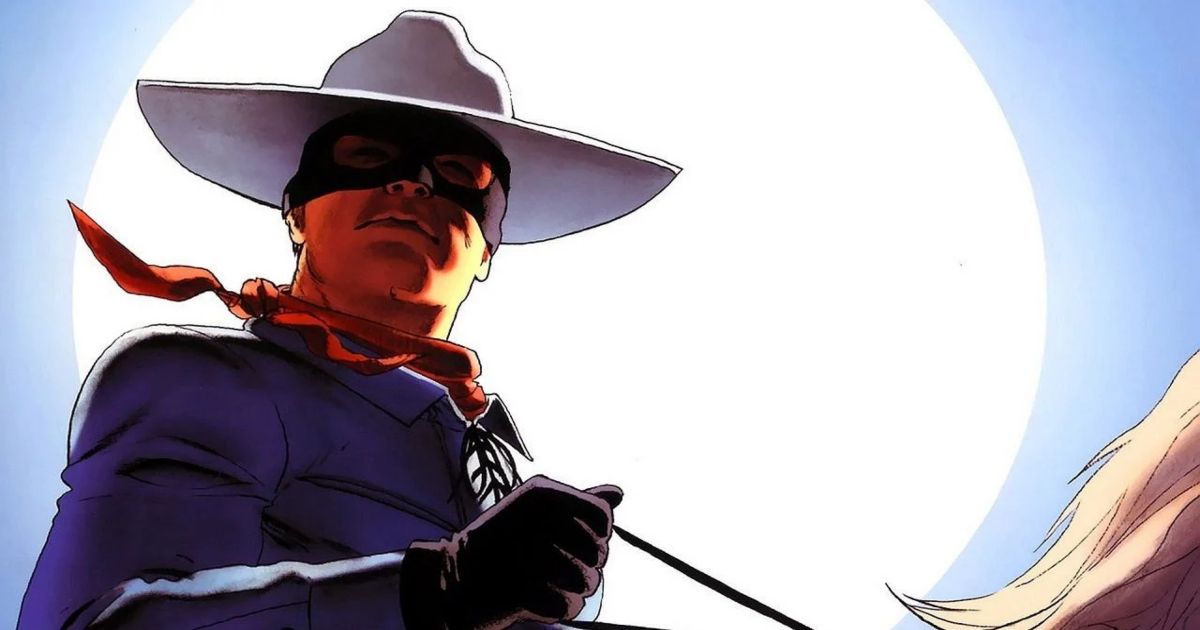 Is the Lone Ranger a superhero and what defines one?

The Lone Ranger is in many ways one of the quintessential heroic figures of American popular culture, having starred in radio shows, adventure soap operas, television series, comic books and feature films. He was so popular that the series got a spin-off, The Green Hornet, making the title character a descendant of The Lone Ranger. Yet while he’s a character many audiences are likely familiar with thanks to the character’s outright ubiquity as a pop culture icon, he’s hardly a popular figure now.

Even though the popular superhero genre has grown especially in the 21st century, where it’s not just famous characters like Superman, Batman, and Spider-Man that generate big bucks, but also superheroes lesser known like Aquaman, Doctor Strange, and even Hellboy becoming better known to the general public, The Lone Ranger has gone out of fashion.

Although some of this may be due to the Western genre’s decline in popularity after the 1960s, the genre still saw multiple spikes in interest over the years. Both a real-life historical element and a mythical figure tied to America’s cultural identity, the cowboy seems difficult to translate, not just to modern audiences. Yet a character like Captain America has become an icon for audiences around the world, even though international opinion of the actual country he represents on his costume is less positive, and the idea of ​​the cowboy has been popularly suitable for many space westerns (Firefly, Cowboy Bebop), so why didn’t The Lone Ranger break out?

Does the idea of ​​a cowboy match the modern idea of ​​a superhero? Does The Lone Ranger have more in common with pulp heroes like The Spirit or The Shadow than with modern superheroes? Or is he just as much a superhero just waiting to make a comeback like the mix of western adventure and superhero spectacle?

The origin of the Lone Ranger

Created by WXYZ radio station manager George Trendle and writer Fran Striker, The Lone Ranger premiered as a radio serial star in 1933, five years before the perennial Superman’s debut in action comics #1 which is generally considered the birth of the superhero.

The character’s origin is that he is the sole survivor of a group of six ambushed Texas Rangers who, while pursuing the villainous Bartholomew “Butch” Cavendish, were led into an ambush in a canyon by a civilian guide working for Cavendish.

A Native American from the Potawatomi tribe named Tonto stumbles upon the gruesome scene and discovers a survivor, the younger brother of the Ranger’s captain, John Reid. Tonto nurses Reid back to health, and Reid swears to bring Cavendish to justice, making himself a domino mask from the fabric of his brother’s vest. Tonto digs six graves, so Cavendish thinks Reid is dead. From that day, the Lone Ranger was born.

Related: The First Superheroes: Should They Be Rebooted?

The character was an instant hit with audiences young and old and by 1939 an estimated 20 million Americans were listening to his radio broadcast. This character received two series of films, the first in 1938 simply titled The Lone Ranger and another with 1939 The Lone Ranger rides again. However, the most popular form of the character appeared in 1949 with the premiere of The Lone Ranger on ABC. The series starred Clayton Moore as the title character (except for season three, which saw John Hart take over the role due to salary disputes with Moore) and Jay Silverheels as Tonto. The Lone Ranger was the highest-rated television program on ABC in the early 1950s and aired for seven seasons, helping to establish the character as an enduring icon. Even after the series ended, Moore took great pride in playing the role and attended county fairs and visited children’s hospitals as the character, in fact becoming an actual hero to many.

What defines a superhero

The definition of a superhero is very vague. As the name suggests, it tends to describe a hero with superpowers like Superman or Spider-Man. However, characters like Batman and Iron Man are heroic without possessing superhuman ability; instead, they rely on technology and increased skills. Superheroes are often dedicated to protecting the public by fighting crime and trying to make the world a better place.

While the Lone Ranger may not possess any superhuman abilities, he is a cloaked figure in brightly colored garb who has dedicated himself to public service and justice. He even has a sidekick/partner in Tonto the same way Batman has Robin. He is a skilled horseman and trained gunslinger who uses silver bullets as a reminder of how expensive life is and how violence should only ever be used as a last resort, and always only shoots to disarm but never to kill.

This aspect of not killing is very bitter in many superhero stories. Much like Superman, The Lone Ranger has a strict moral code, meant to serve as an inspiration to young children. For these reasons, from the colorful costume hiding a secret identity, to the moral code he uses to guide his principles to save others and make the world a better place, to his partner who helps right wrongs wherever they lie, the Lone Ranger is a superhero, and one of the first.

Modern versions of a classic hero

Despite the initial popularity of the characters in its 1930s radio series and 1950s television series, recent attempts to revitalize the franchise have been disastrous. In 1981, a big budget film titled The Legend of the Lone Ranger was a box office flop, in part due to a large amount of negative publicity surrounding the producer’s decision to take legal action against original cast member Clayton Moore for appearing as the visiting Lone Ranger. children’s hospitals or state fairs. In 2003, the WB aired a two-hour TV movie starring Chad Michael Murray as the title character in hopes of launching a series, but those plans never materialized.

Related: Why Many Believe The Lone Ranger Is Based On 1883’s Bass Reeves

After years in development hell at Disney, 2013 finally saw the release of The Lone Ranger who gathered Pirates of the Caribbean trilogy director Gore Verbinski, producer Jerry Bruckheimer and star Johnny Depp as Tonto have teamed up alongside Armie Hammer as The Lone Ranger in a big-budget show that kicked off the weekend. end of July 4th. The film received negative reviews and was one of the biggest box office bombs in history, losing between $160 million and $190 million at Disney. Although it did have a fan following of acclaimed director Quentin Tarantino who listed it among his top films of 2013.

The character found some form of success in 2006 with the publication of The Lone Ranger comic from Dynamite Publications written by Brett Matthews, with art by Sergio Cariello and color by Dean White, who reimagined the character’s origin for a modern era. Although not a mainstream success, the comic showed that there was still interest in The Lone Ranger, his stories still have value.

What’s next for the Lone Ranger?

With the popularity of superheroes and pulp icons, it seems like it’s only a matter of time before The Lone Ranger returns in some format. Even The Green Hornet, after the disappointing 2011 film at the box office, is currently set to get a new reboot from Universal Pictures.

As of this writing, there are no plans for a new Lone Ranger project and no studio has picked up the rights. Still, given the character’s popularity in radio soap operas and TV series, it might be time for him to return in the form of a new streaming series.

While superheroes have dominated the box office, they have also burst onto television from the CW series Arrowverse, HBO Max’s Peacemaker and Doom Patroland superhero TV on Disney+ with the expansion of the MCU through series like Wanda Vision, moon knightand Ms. Marvel. Superhero stories often work best in serialized formats, which is why so many of them come from comic books, so a long-running TV series makes sense for the Lone Ranger.

Various platforms are looking for new streaming series, and the popular success of Yellowstone proved that the western genre thrived on television for older audiences. HBO recently revived the popular 1950s series Perry Mason with a gritty reimagining to great acclaim. In the golden age of television, the age of streaming may just need a little horse named Silver and his trusty rider, The Lone Ranger.

War rap: in Ukraine, an angry voice for a furious generation | Economic news