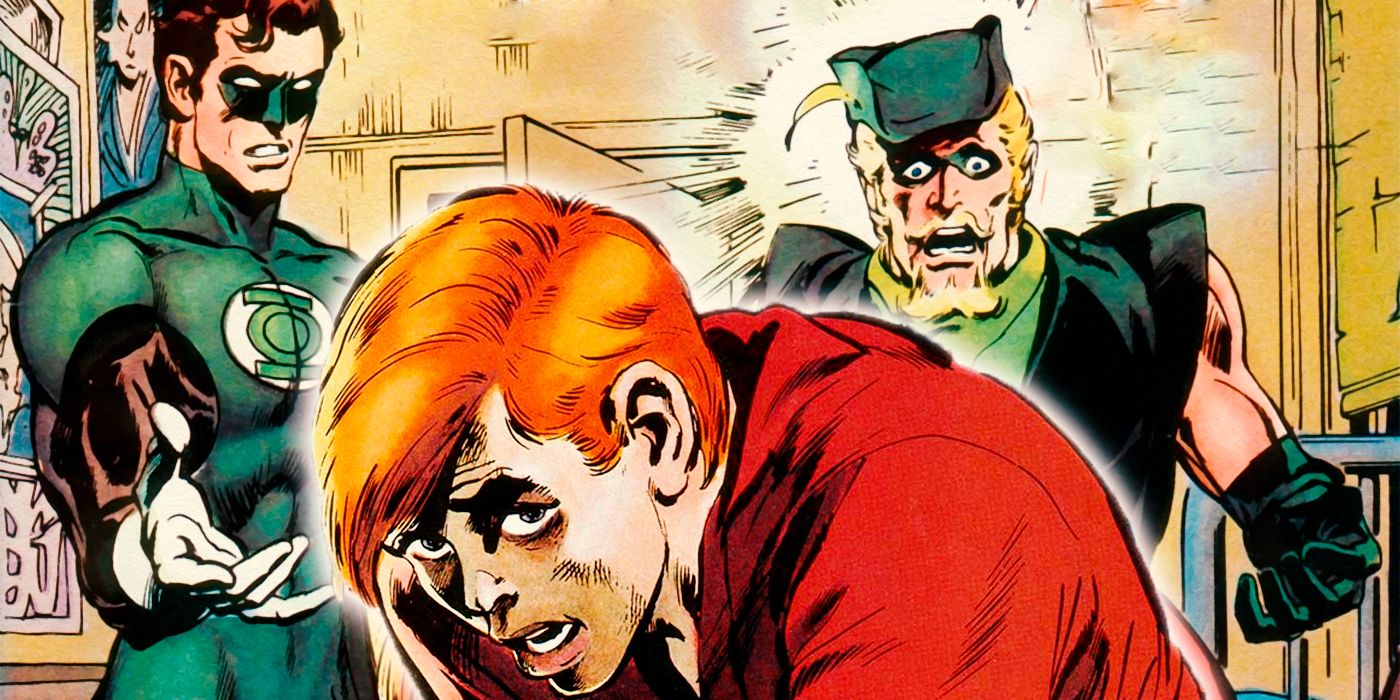 In the latest Comic Book Legends Revealed, see how Neal Adams almost single-handedly got DC to break the comic book code with a drug problem.

Welcome to Comic Book Legends Revealed! This is the eight hundred and thirty-seventh episode where we examine three comic book legends and determine if they are true or false. As usual, there will be three posts, one for each of the three captions. This time it’s all the legends of Neal Adams! Click here for the first part of this episode’s captions.

Neal Adams came up with the idea of ​​doing a drug act of Green Lantern/Green Arrow alone, before DC was even willing to try and go against the Comic Book Code.

I’ve written a number of CBLR articles on the Comics Code and the effects of amazing spider man #96-98 released without Comics Code approval and how it ultimately changed the Comics Code forever, but let’s do a quick refresher before we get into Neal Adams’ role in everything.

RELATED: Why Neal Adams’ Green Lantern/Green Arrow Was Probably a Better Seller Than It Looked

WHAT’S THE MATTER WITH THE COMICS CODE AND DRUG REPRESENTATION?

One of the annoying things about Comics Code Authority was that there weren’t necessarily hard and fast rules all the time. For example, as I explained in Comic Book Legends Revealed, there wasn’t even a rule technically against the depiction of drugs in comic books, but instead there was the following rule:

Any items or techniques not specifically mentioned here, but which are contrary to the spirit and intent of the code, and are considered violations of good taste or decency, will be prohibited.

The comic code then USUALLY interprets this rule as saying “you may not depict drugs”. Since it wasn’t in the current Code, however, Stan Lee was irritated when the Nixon administration contacted him and asked him to have a Marvel comic to do an anti-drug message. He pitched the idea to Code, and they said no. There was some discussion about the possibility of amending the Code in the future.

Lee didn’t want to wait, so he just decided to do the issues anyway and not have the comic book code on it. He later discussed this with Roy Thomas in TwoMorrows’ Comic Book Artist #2:

Roy: Do you think there were any negative feelings from Code regarding Spider-Man’s drug problems?

Stan: That was the only big problem we had. I could understand them; they were like lawyers, people who take things literally and technically. The Code said drugs shouldn’t be mentioned, and according to their rules, they were right. So I didn’t even get mad at them. I said, “Screw it” and just removed the seal from the Code for those three issues. Then we came back to the Code. I never thought about the Code when I was writing a story, because deep down I never wanted to do anything that I thought was too violent or too sexy. I knew young people were reading these books, and if there hadn’t been a code, I don’t think I would have done the stories any other way.

HOW DID NEAL ADAMS TRY TO GET DC TO BREAK THE COMICS CODE FIRST?

Meanwhile, quite hilarious, Neal Adams had already had the same idea! He described the situation to Allen W. Wright on Wright’s awesome Robin Hood site (Adams often told the same story in many places so I could link to many different places for this one, but since that I linked to Wright for the last caption, I think I might as well stick with him):

[W]We hadn’t handled any drugs. And so, we had to kill the Comics Code, because that was the only way to do drugs. So I went home and on my own penciled and inked then wrote that first drug problem [cover] with fast [Green Arrow’s former sidekick aka Roy Harper] as a drug addict. And I handed it to my editor and he dropped it like a hot potato and said, “What the hell are you doing, Neal? You’re still making trouble.” I said “No, we should print this, Julie [editor Julius Schwartz].” He said “We’ll never print this, it won’t pass the comic book code.” He said, “First of all, Neal, this will never be printed – will never be printed – and secondly , I’ll never pay you for that.” I said, “We’ll see.”

Here is this now iconic blanket…

Adams then repeated the part about how Marvel fixed the issues without code approval, and Adams noted that he checked in with Marvel during this whole thing, shocked that while DC told him no, Marvel was just DOING it. So after the amazing spider man problem came out, Adams checked with John Romita, who had been the regular amazing spider man designer but had more recently inked Gil Kane’s pencils on the series:

I went back to Marvel, I was kind of welcome back to Marvel, and I talked to Johnny and said, “What happened to the book?” He said “Nothing. Nothing happened.” I said “How come nothing happened?” He said “Nothing. Nobody even noticed that the Comic Book Code seal wasn’t on the book.” “Really? Are you kidding? Nobody noticed, nobody wrote a letter, no phone calls, nothing?” “Nothing,” he said. “Nothing happened. Nobody cared.” At DC Comics, they cared. They had a fucking connivance, they were becoming monkeys. Because they had this cover on their desk for a few months and they did nothing. So within a week the publishers had a meeting of the Comics Code Authority and they basically pulled all the teeth out of the comics code. In about four days. And a week later, Julie Schwartz came to me and said, “We’re doing this book,” and I said, “So you’re going to pay me for this cover. Right, Julie?” He said “Get out of my room.”

This is how Oliver Queen learned that his ward was a drug addict!

As I’ve written before (I’ve done this both as a caption and then as Forsaken Love. Since the caption would require you to scroll down to read it, just read the abandoned love instead), Adams then also took control of the story’s ending, writing a new ending where Roy hits Ollie for not being supportive enough while Roy was getting clean.

Check back soon for part 3 of the legends of this episode!