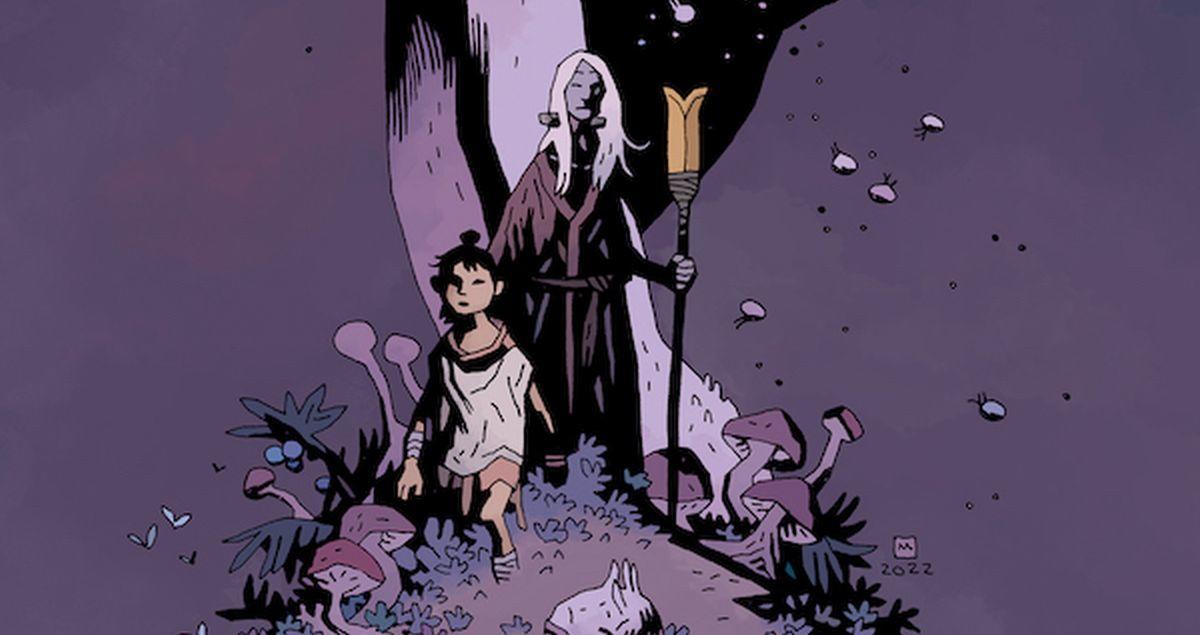 Dark Horse Comics has announced some major news for the Hellboy Universe comic book line with Frankenstein: New World, a four-part miniseries from Hellboy creator Mike Mignola and several of his frequent collaborators. The series will do what many fans never thought would happen, picking up after the pivotal events of BPRD: The devil you know, the first series in the editorial line to do so. As readers may recall, the devil you know concluded with the end of the world as we know it as the surviving humans journeyed into the hollow earth to flee the Ogdru Hem (with Frankenstein there to guide them) and the new human race was born from the sacrifice of Abe Sapien . The new series will pick with Frankenstein’s monster surfacing, hence the title.

“At the end of BPRD: The Devil You Know, when we set the world on fire and then started it all over again with frogs, I really thought that would be all we would see of it,” Mignola said in a statement. “And in this same issue, this little glimpse of Frankenstein’s monster in the center of the earth, that’s the last time I thought we’d see it. But… when Chris and Tom came to me with the idea to have Frankenstein’s adventures in Frog World, I think it took me about ten seconds to say YES. And then two minutes later, I think we were on the phone talking about all the possibilities. I don’t just doesn’t seem able to put a stop to this thing – which I guess is a good thing.”

Dark Horse’s description for the series reads: “Safely inside the hollow earth where humanity survived after Ragna Rok, precocious young Lilja receives visions of a new darkness taking root in the surface. Defying her elders, Lilja awakens the timeless oracle – once known as Frankenstein – to investigate the warnings and, perhaps, even explore the new world above.” As you can see from the cover art, the Sword of Hyperborea (itself subject to its own comic book series) will make its return after being canonically last seen in the hands of Agent Ted Howards of the BPRD, now pictured being held by Frankenstein. The latest issue of Sword of Hyperborea, however, teased that one of the new races of men would wield it to the surface.

“I’ve always had a thing for Frankenstein’s monster,” said Thomas Sniegoski. “I loved the idea of ​​using him as a recurring character in his own adventures, so when Mike added him to the Hellboy universe, I was thrilled. The stories we had with the character were cool, but I sure wanted more. The last time we saw him was at the end of BPRD as he led survivors of the apocalypse to the center of the earth. I always wondered if we We’ll see it again – and now I guess we do! Working with Chris, Mike, and the amazing Peter Bergting was an absolute blast. It’s the kind of bizarre Frankenstein story I’ve always wanted to read, and now I can help write it!”

“Frankenstein: New World actually started with artist Ben Stenbeck, although he didn’t know it,” Golden said. “Ben had drawn a group photo of a number of characters from the Hellboy universe (plus Lord Baltimore) together and included Frankenstein holding a staff topped with the sword of Hyperborea. Thomas Sniegoski and I were on the phone the next day to talk about it, and Tom said something about the shame that Frankenstein’s character was fallowing. As often happens, an offhand comment turned into something more. I said, right off the bat , that since the last time we saw him he was leading the last of humanity below the surface of the world, we should do a series about Frankenstein returning to the surface of the world after two thousand years in the hollow earth ( after the events of BPRD: The Devil You Know) and wandering through a New World that has no memory of mankind. The second it came out of my mouth, I knew we had to. One of Tom’s favorite comics of all time is Kam andi from DC, and I knew his imagination was already running like crazy. About five minutes later, we told M as Mignola the idea, and he said yes faster than he said yes to everything we suggested. Frankenstein: New World is the weirdest comic we’ve ever made, quiet and spooky and hopefully a nice balance of dread and wonder. Peter Bergting is doing perhaps the best job of his career so far, getting rid of boring things like architecture. It’s Peter’s natural element here.”

Frankenstein: New World issue 1 will be published by Dark Horse Comics on August 3, 2022.