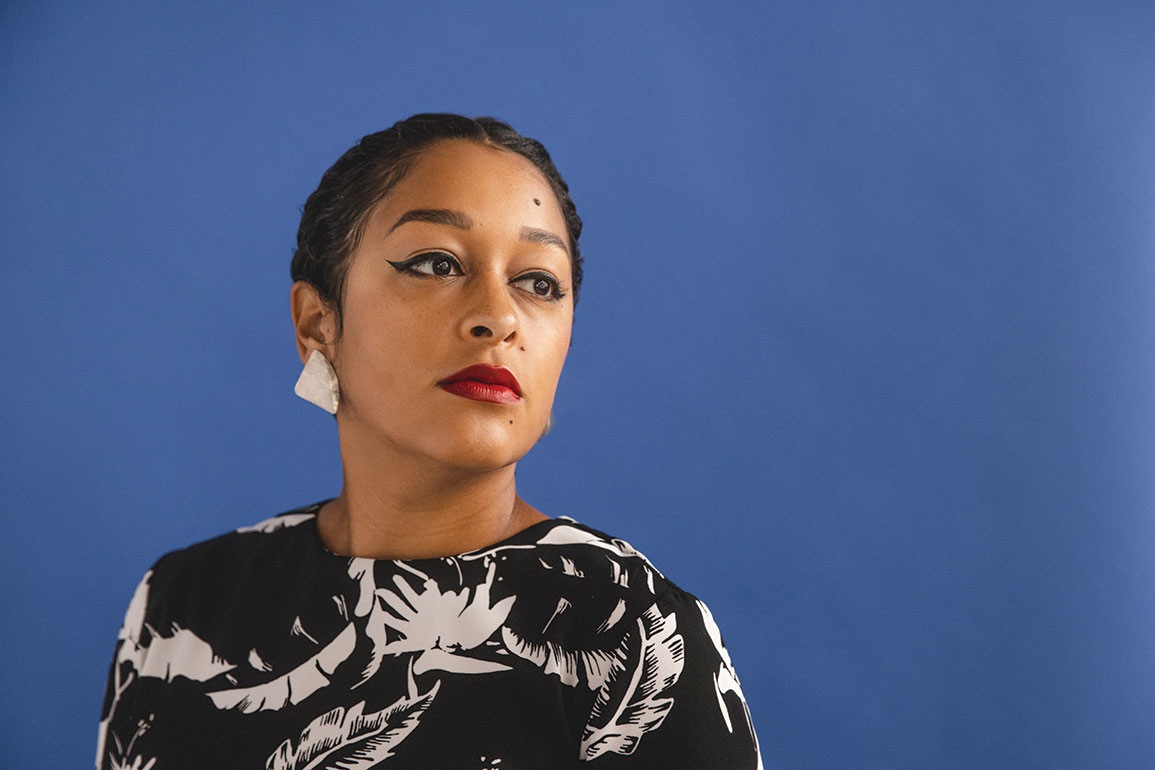 When I mentioned that I was interviewing Dr. Eve L. Ewing to Matt Griffin, a Ph.D. student in my communication studies department, he related a moment that sums up his wide-ranging work that covers everything, from poetry, comics and academic publishing to a recent novel for young readers, Maya and the robot.

At the 2019 Chicago Comic and Entertainment Expo, this University of Chicago sociologist and Marvel Comics scribe gave a thoughtful, far-reaching, writing-focused interview for Stone heart – while cosplaying Totoro from My Neighbor Totoro. During the conversation, she explained how much she loved that Ironheart’s character, Riri Williams (whose standalone series Ewing debuted in November 2018), was a young black girl who was one of the characters. Marvel’s smartest. Ewing also shared how she and the artist worked hard to accurately portray the hairstyles of contemporary black teens — and why that matters.

Later that day, Griffin approached Ewing at his booth, where they were selling copies of Stone heart and his scholarly book Ghosts in the Schoolyard: Racism and School Closures in Chicago’s South End, which she signed while still wearing bunny ears, face paint and a white-gray top. He told Ewing that he was inspired by her work because he was a grad student doing comics, and she was very supportive of his pursuits in a way that speaks to his vibrant presence as intellectual, artist, writer and teacher.

In an interview with Ewing conducted via email, she offered this wisdom to those charting their own less traveled paths: “We’re all going to die. In prayer you will live a long life, but we live on an ever dying planet, and we are here for a limited period of time. You must do the work that you consider essential. And only you can decide what it is and what it looks like.

Ewing’s journey began in her hometown of Chicago, where she was born in a hospital that has since been demolished.

“I grew up in and around the community of Logan Square,” she said, “which at the time was an almost entirely Mexican and Puerto Rican neighborhood, and which has now gentrified to the point of being more or less unrecognizable to me, I think of myself as some sort of time traveler from a place that no longer exists.

A product of the Chicago Public Schools – which is the subject of Ghosts in the schoolyardpublished in 2020 by the University of Chicago Press – Ewing met amazing teachers who encouraged her creativity, as well as her fair share of not-so-nice teachers who stifled her.

“Unfortunately, a lot of my school experiences, like a lot of people, have focused on ticking the boxes you need to tick to show you’re good at school,” Ewing observed. “But I had to do a lot of writing in school, which I enjoy now. When I was in eighth grade, my teacher, Ms. Sullivan, made us read Eyes on the Prize and we did a lot creative writing, and even a bit of acting, which I am now very grateful for.

Ewing also credits her parents for encouraging her creativity from an early age, which she is forever grateful for. Her mother would make up songs on the fly and compose nonsensical poems about anything and everything, and her father would push her to draw and take her to the library to show her tons of art books that inspired her.

“Thinking back to my childhood, I often lacked material things, but I never lacked people to believe in me, and I wouldn’t trade that for anything in the world. I also understood very young that Chicago was a city of artists and that our artistic heritage was important and worth talking about. My parents told me about the muralists and printmakers of Pilsen, Oscar Brown, Jr. and the poets at the South Side Community Art Center, stuff like that.

There is a long history within black intellectual circles of moving across art forms and spheres of social life, and Ewing considers himself part of that tradition.

“From Zora Neale Hurston to WEB Du Bois to Derrick Bell, black intellectuals have always oscillated between form and gender to do the work they felt they needed to do,” she told me. “It always left me feeling like I had permission to do the same – and admittedly, a sense of confusion about how preoccupied people were with gender issues.”

After graduating from high school, Ewing attended the University of Chicago and earned an undergraduate degree with honors in English Language and Literature. She then obtained a doctorate. from the Harvard Graduate School of Education and an M.Ed. in Educational Policy and Management from Harvard University, after which she taught in public schools. She is currently an assistant professor at the Crown Family School of Social Work, Policy and Practice at the University of Chicago.

As I can personally attest, the academic sausage-making machine discourages graduate students from straying from their prescribed paths, and Ewing certainly felt these pressures – which she more or less ignored.

“While I feel lucky,” she added, “that my graduate advisor and mentor, Sara Lawrence-Lightfoot, is such a role model herself in what it looks like to chart your own course that I never never took such pressure from other people very seriously.”

Ewing’s approach is a model that can be followed by new generations of writers, creators, and students, like Matt Griffin mentioned above, who told me, “I really admire that Eve Ewing writes engaging and thought-provoking work both in academic scholarship and in broader popular culture, such as the superhero genre. His work is fun and accessible while bringing an underrepresented voice to comics.

Drawing on her experiences as a teacher, artist, writer, and scholar who studies schools, Ewing has this advice for those who want to help students become their own.

“Be nice to the kid in front of you,” she said. “Bring rigor and determination to your benevolence. Ask tough questions about anyone and any system that discourages you from thinking that kindness is paramount.

Kembrew McLeod is a first-generation student who failed 12th grade and had to repeat his senior year of high school, and now he heads a nationally respected department of communication studies. This article originally appeared in Little Village issue 304.

“I want to feel safe”: The Youth Orchestra of Ukraine is now a refugee | world news