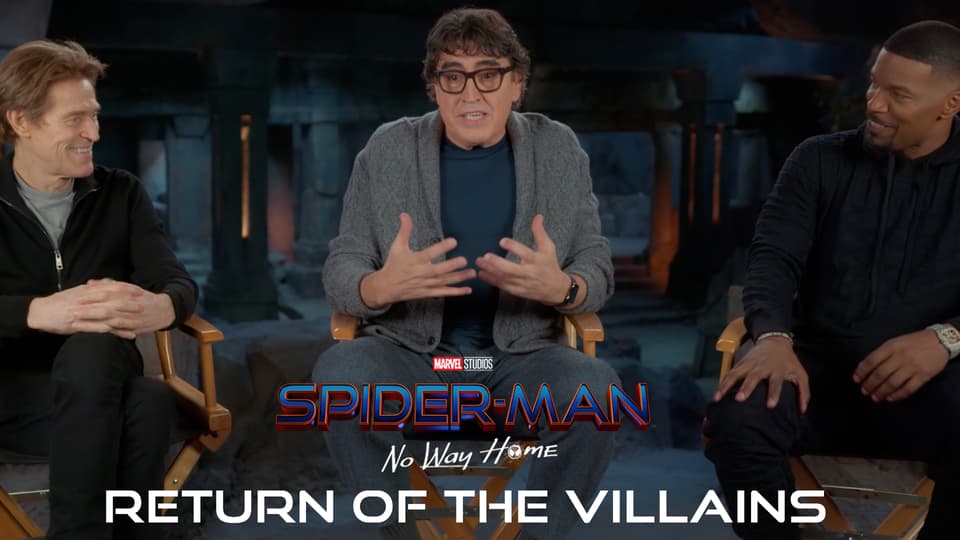 In Spider-Man: No Path Home, Peter Parker is about to have a surprise – actually a few surprises – as the former web-slinger villains return to wreak havoc in this multiverse. Returning to their roles, Willem Dafoe (Green Goblin), Alfred Molina (Doc Ock) and Jamie Foxx (Electro) all of whom have a bone to choose from with Spider-Man.

For Dafoe’s Goblin, power is all that matters, Molina’s Doc Ock wants revenge, and Foxx’s Electro has had another chance to shake things up. Take a look at the all new featurette featuring the three villains below!

For the first time in Spider-Man cinematic history, our likable neighborhood hero is unmasked and is no longer able to separate his normal life from the big issue of being a superhero. When he asks Doctor Strange for help, the stakes get even more dangerous, forcing him to find out what it really means to be Spider-Man.