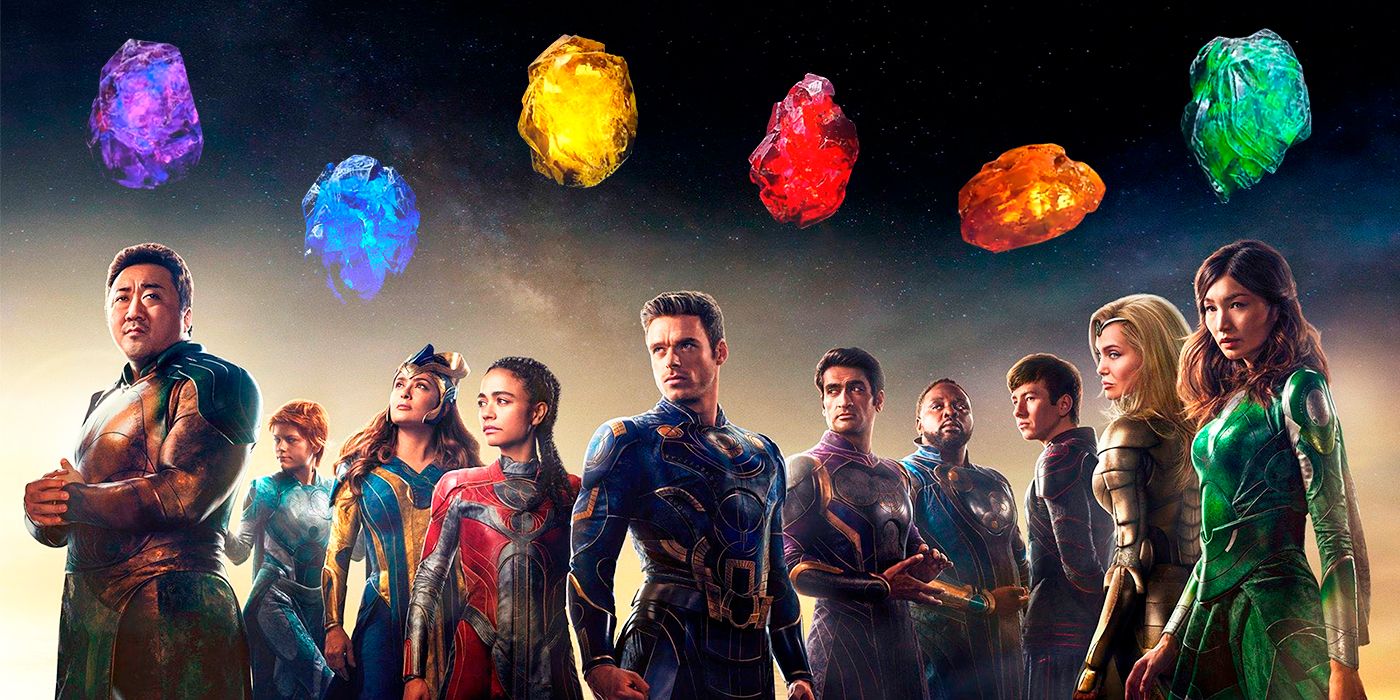 A Marvel character who made an appearance in the MCU movie Eternals was also the weirdest Guardian of the mighty Infinity Stones.

WARNING: The following contains spoilers for Eternals, which is now playing in theaters.

The mid-credits and post-credits scenes of the Marvel films brought some of Marvel’s most bizarre heroes to the Marvel Cinematic Universe and the 2021 mid-credits scene. Eternals continues this tradition with the debut of Pip the Troll. Featured alongside Thanos’ brother Starfox, Pip’s introduction describes him as little more than a drunken sidekick of the Prince of Titan, although he turned out to be a lot more in the comic book universe.

Pip is easily one of the strangest characters in the Marvel Universe, but he played a pivotal role in many of Marvel’s greatest intergalactic events, earning a well-deserved reputation as one of the greatest heroes. of the galaxy. As a central member of the Infinity Watch cosmic superhero team, Pip played a pivotal role in protecting the almighty Infinity Stones from those who would use their powers for evil, personally protecting the Space Stone by hiding it within a place that turned out to be as unusual as it was efficient.

First introduced in Strange tales # 179, by Jim Starlin, Glynis Oliver-Wein and Tom Orzechowski, the scorching Pip was originally the well-behaved prince of the royal family of the planet Laxidazian, and he spent his days painting portraits of the night sky. One night, while looking for a good place to do his next painting, Pip encountered a group of trolls, a mutated subspecies of his race, infamous for their crass and vulgar manners. Despite their bad reputation among his people, Pip enjoyed the company of the trolls and spent the rest of the night drinking with them. Upon awakening the next day, however, Pip discovered that he had been transformed into a troll himself thanks to the mutagenic properties of Troll Hallucinogenic Beer.

Shunned by his family after his transformation, Pip left his home world and embraced a life of superficial hedonism, roaming the galaxy in search of thrills. During one of his many misadventures, Pip met and befriended cosmic hero Adam Warlock, accompanying Warlock as he battled his evil alter-ego, the Mage. Alongside heroes like Gamora and Drax the Destroyer, Pip has become a longtime ally of Warlock, making up for his lack of superpowers by bringing a much needed lightness and cheerfulness to Warlock’s otherwise bleak existence. During the years 1991 The Infinity Gauntlet, by Jim Starlin, George Perez and Ron Lim, Pip helped Warlock and Gamora assemble a team of heroes to prevent Thanos, and later Nebula, from using the fully assembled Infinity Gauntlet to destroy the universe, playing a major role in the salvation of the universe.

RELATED: Pip the Troll: How the Marvel Cosmic Hero Joined an X-Men Team

After collecting the Infinity Stones from Thanos, Adam Warlock decided it would be best to separate the stones to prevent them from falling into the wrong hands again. To do this, Warlock forms the Infinity Watch, a team whose members are able to individually protect each of the Stones. Having a proven track record, Pip is entrusted with the Space Stone, which allows him to teleport anywhere in the Known Universe with a single thought. Not wanting to keep the Space Stone in an obvious place on her body, Pip hides it between the cloves of her hoof feet to keep it safe. Pip would remain a member of the team until they eventually split into Warlock and the Infinity Watch # 42 (by John Arcudi, Mike Gustovich, Keith Williams, Ian Laughlin and Jack Morelli), using the power of the Space Stone to both protect the universe and continue his hedonistic lifestyle. Although Pip ultimately loses the Space Stone shortly before the Watch dissolves, his unconventional ways of hiding it have proven surprisingly effective on more than one occasion.

As the Infinity Watch would eventually fade into obscurity as the Infinity Stones began to play a larger role in the Marvel Universe, Pip’s time on the team proved the lewd troll to be much more heroic. that his sloppy appearance and boisterous personality did not suggest. With Adam Warlock set to debut in Guardians of the Galaxy Vol. 3, Pip, and the Infinity Watch could very well have a big part to play in Phase 4 of the MCU.

KEEP READING: How Guardians of the Galaxy Adam Warlock Got the Infinity Gauntlet

Drew Kopp is a comic book writer for CBR who holds a Bachelor of Fine Arts in Creative Writing. As a die-hard fan of comics, fantasy / sci-fi, and video games, he loves nothing more than injecting his love of storytelling into his writing, and he loves nothing more than to write about anything out of date. When he’s not busy obsessively theorizing about comic book storylines or drooling over the next big indie game, he can be found writing about these topics.