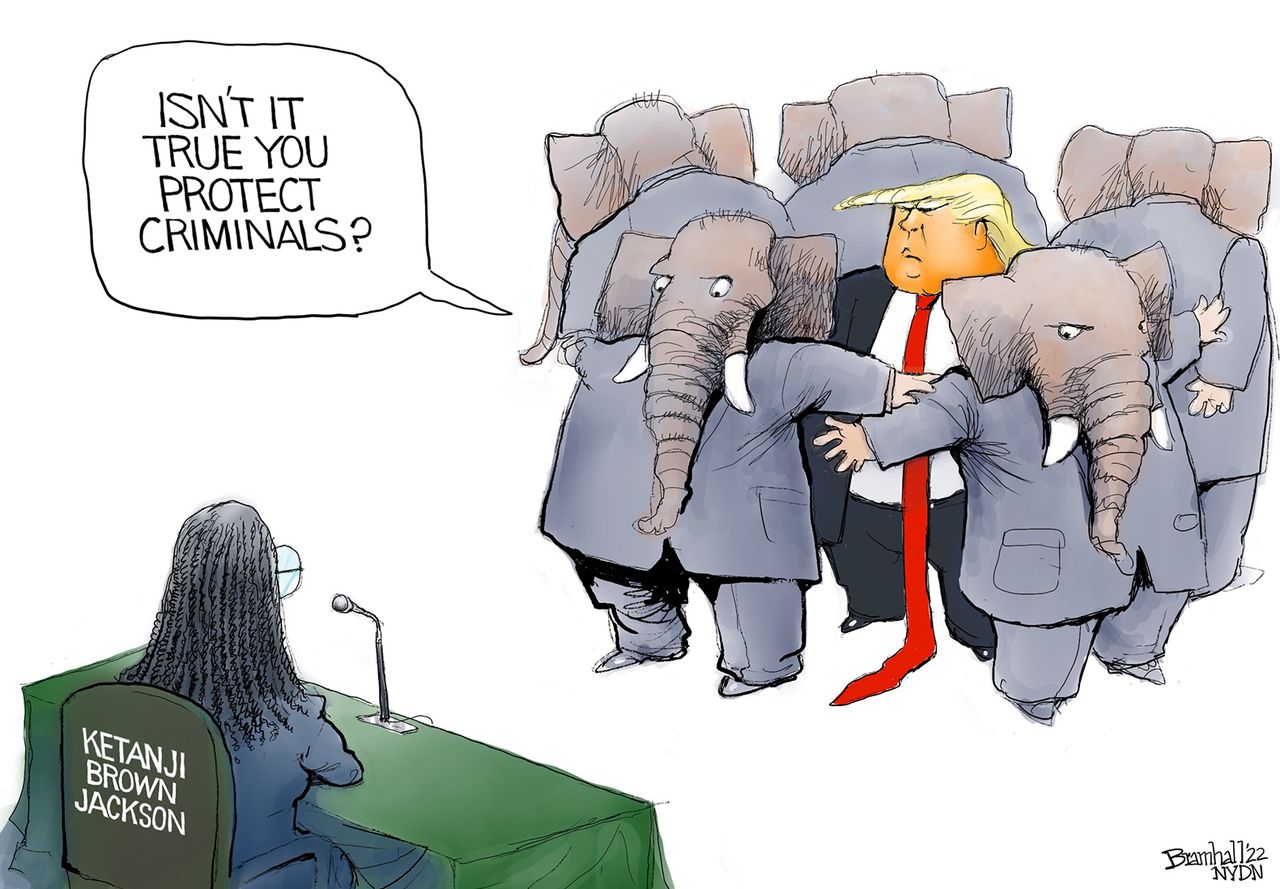 Senate confirmation hearings for Supreme Court nominee Ketanji Brown Jackson lead this week’s editorial cartoon gallery. Jackson, the first African-American woman to be appointed to the nation’s highest court, answered questions from members of the Senate Judiciary Committee for three days. During a tense and partisan questioning, the senators examined Jackson’s criminal record, his history as a public defender and his personal life.

Republican senators have criticized Jackson for being soft on crime as a federal judge sentencing the defendants. New York Daily News editorial cartoonist Bill Bramhall picked up on this question in the gallery’s main cartoon showing GOP senators asking him, “Isn’t it true that you protect criminals?” while protecting former President Donald Trump from scrutiny. In a resignation letter, a former New York prosecutor said the ex-president was “guilty of numerous criminal offenses” for falsifying financial statements.

The month-long war in Ukraine, sparked by Russia’s unprovoked invasion, was the other top concern for cartoonists this week. Mike Luckovich of the Atlanta Journal-Constitution visually alluded to Pablo Picasso’s “Guernica,” describing the wanton bombing of civilians during the Spanish Civil War. The work is famously painted in shades of black and white. Luckovich adds the figure of Putin painting himself in a corner with crimson blood.

A common theme in many cartoons is the destruction of Russian tanks. Bramhall contrasts America’s warm welcome to Ukrainian refugees with a reluctance to admit refugees fleeing bullets in Central America.