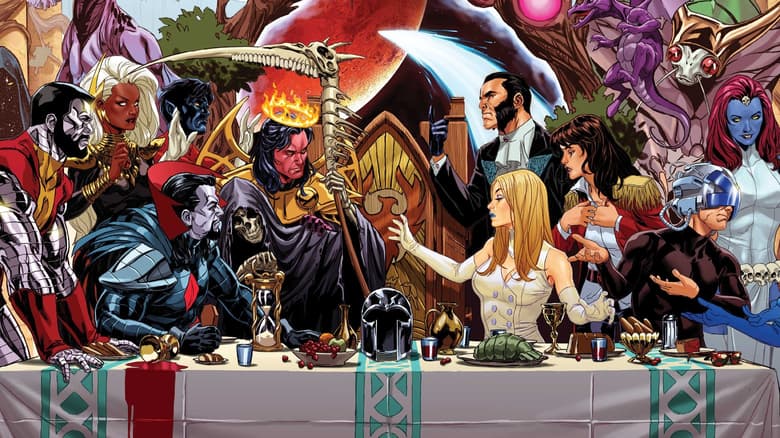 Fate has come for Krakoa.

A chilling trailer for DESTINY OF X, which kicks off the Second Krakoan Age of X-Men, picks up in Paris, France in 1918 with a clandestine encounter between mutants Nathaniel Essex, AKA Mister Sinister, and Irene Adler, the woman who would become Destiny. As they enjoy a sunny day in the park, Irene leans in and whispers a secret that shakes Sinister to his core.

“With the DESTINY OF X at their fingertips, mutantkind can finally choose their own path – their own destiny,” the trailer promises as it advances to the present day Krakoa.

Naturally, DESTINY OF X will take readers back to Krakoa, a mutant nation-state that exists on the sentient and ever-changing island first introduced in GIANT-SIZE X-MEN (1975) #1. Now that the sinister machinations of Moira MacTaggert have been stopped and Destiny is rightfully restored, a new era dawns for all of Krakoa, even as old threats resurface. DESTINY OF X will pit our happy mutants against Meryln, Madelyne Pryor the Goblin Queen and… the Robot X-Men?! And what does Deadpool have to do with it?

To find out, enter DESTINY OF X when it arrives in X titles this spring.

You can grab these comics and more digitally or at your favorite comic book store. Be sure to ask your local store about their current business policies for observing social distancing or other services they may offer, including holding or creating draw lists, curbside pickups, special deliveries and other options to accommodate. Find and support your local comic book store at ComicShopLocator.com.