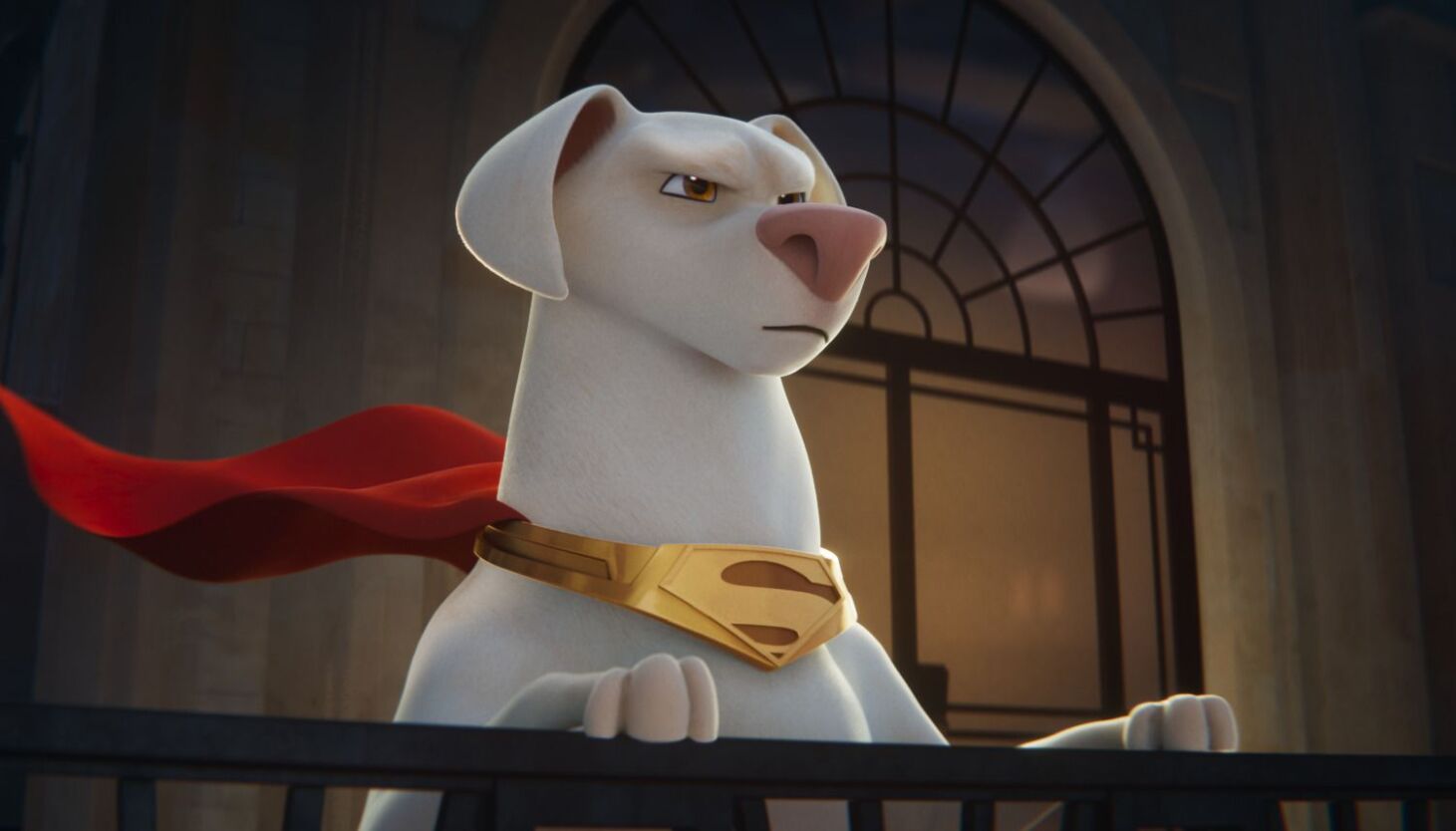 ‘DC League of Super-Pets’ Review: A Cartoon of Bland Visuals But Yummy Voices

DC movies have a reputation for being a little too serious. The comic giants have made great strides in weeding out this dark, stark image in recent years, but it persists even with things like “The LEGO Batman Movie.” Sometimes it’s even easy to forget that, ultimately, superheroes are for kids.

That makes “DC League of Super-Pets,” a straightforward cartoon with a sense of humor about itself and an all-star voice cast, somewhat refreshing. It could also be seen as a shameless first advertisement to hook impressionable young minds into the Justice League so that years from now, when it’s inevitably restarted, there will be a young, integrated audience.

But we’ll take the charity route here given that it comes from director Jared Stern and his “LEGO Batman” co-writer John Whittington, who managed to find joy and humor in cynical constructions of peddling toys and fan recruitment.

After all, this is a movie that gives us Kevin Hart as a shelter pup, Marc Maron as Lex Luthor, Kate McKinnon as a murderous guinea pig named Lulu, Natasha Lyonne as a former libidinous turtle named Merton, and Keanu Reeves as Batman. It’s impossible to top Will Arnett as a caped crusader, but Reeves holds his own well, delivering lines like “Batman works alone. Except Gordon. And Alfred…and whoever Morgan Freeman played” in a way that only he could.

Wearing his heart on his sleeve, “DC League of Super-Pets” opens on the planet Krypton where a baby cherub Kal-El is sent to earth. But he is not alone. A pup named Krypto (Dwayne Johnson) accompanies the ride and signs up to be a lifelong spotter and crime-fighting friend for future Superman (John Krasinski).

Krypto takes its mission very seriously. In his eyes, he’s not just Superman’s best friend, he’s his only friend, and things start to get a little tense when Lois Lane (Olivia Wilde) enters the picture. In his jealous rage one evening (eating ice cream, watching “The Great British Bake Off”, and listening to Taylor Swift’s “Bad Blood”), Krypto fails to notice that Superman is in distress. Its beloved owner is captured along with the rest of the Justice League by Lulu the Guinea Pig.

It’s McKinnon who really makes the movie as Lulu, a misplaced Lex Luthor science experiment who bides his time at an animal shelter, builds a device to wield the powers of orange kryptonite, and waits for the right moment to strike at the Justice League. Her compatriots at the shelter are Hart’s Ace, a pig named PB (Vanessa Bayer), the squirrel Chip (Diego Luna), and Lyonne’s Merton, none of whom are ever selected for adoption (it’s still a kitten on day one). But at least they get their freedom when Lulu’s plan works and suddenly they all have superpowers. You can guess what happens from there.

The visuals, however, are less inspired. These CG characters, especially the Justice League, are slick, dull creatures, computer-generated to the point of bland. Wonder Woman in particular even veers into weird Cocomelon territory with her expressionless face and blurry eyes. Perhaps superheroes were an afterthought for their animal counterparts.

Johnson and Hart seem to be having fun, too, but much of their charm as a comedic duo is lost without their physical presence — not that kid audiences know or care. Parents might just want to watch this casting live instead.