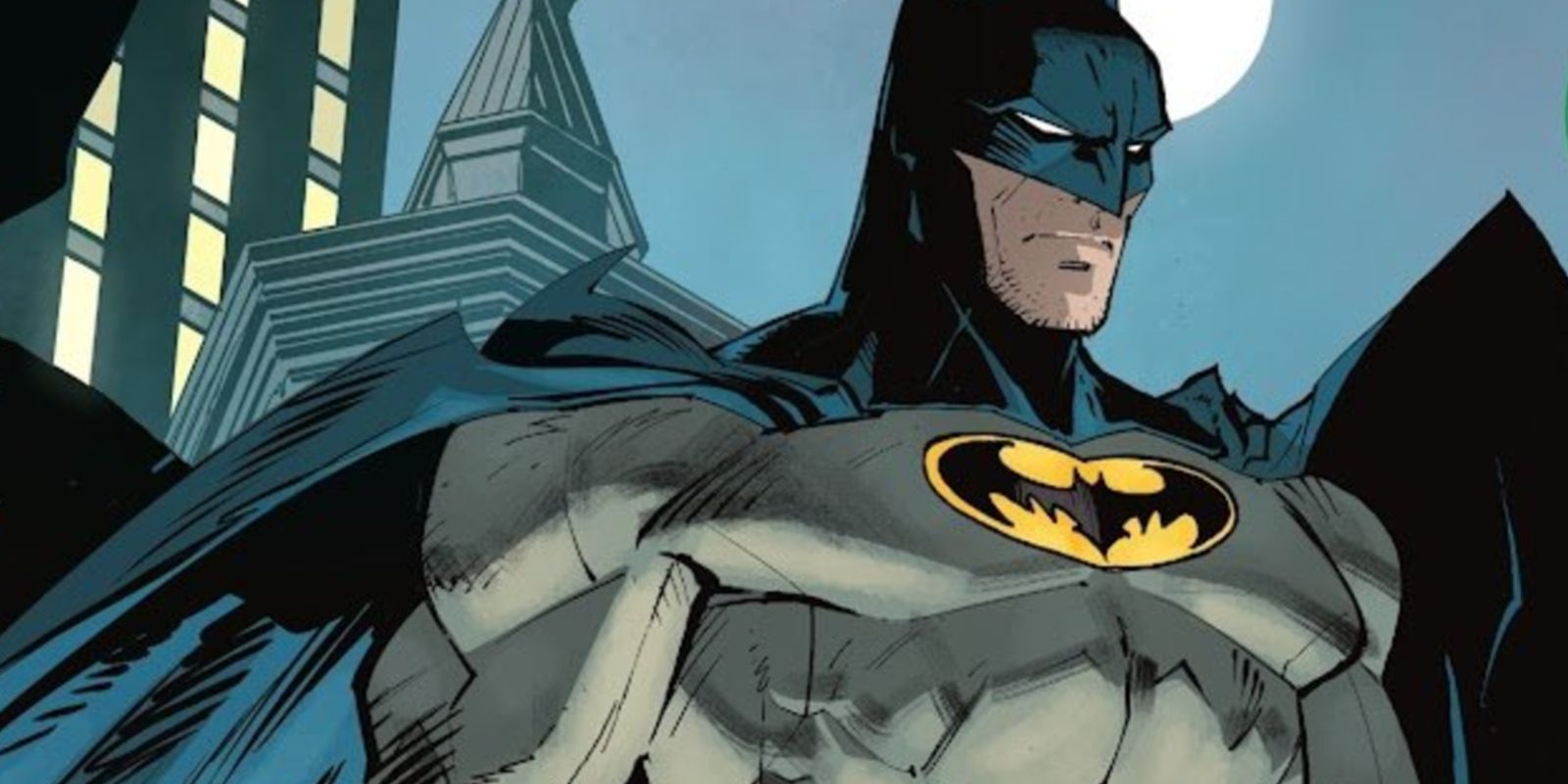 Detective Comics # 1041 sees Bruce Wayne starved of his resources and revert to the reliable Batman costume he wore from the 60s to the 90s.

The latest issue of Detective Comics presents the triumphant return of a Batman costume that Bruce Wayne hasn’t worn for over two decades.

As series artist Dan Mora revealed on Twitter, Batman is reverting to his classic blue and gray outfit with a yellow chest oval in the main story of the issue, which is the first part of a new arc titled “The jury”.

Bruce is currently operating in downtown Gotham City without the cushion of his family fortune, which he gave Lucius Fox as a result of last year’s “Joker War” storyline. To survive as a streamlined and stripped-down Dark Knight, Bruce stores his resources in mini-Batcaves across town. “The Jury” opens with its sewer outposts destroyed by Roland Worth, an old-fashioned Gotham patriarch who accuses Batman of his daughter’s death.

With most of his equipment missing, Bruce enlists Oracle’s help, who alerts him to an “old stash near the docks”. Inside that cache is the classic outfit, which Bruce dons before crashing during a meeting between The Penguin and Roland Worth. The Penguin takes note of Bruce’s old outfit, exclaiming, “Batman. So glad you got to join us. In blue!”

Mora’s take on the costume features pointy shoulders similar to how the late Norm Breyfogle drew it during his acclaimed run on Police comics in the 1980s alongside writer Alan Grant. The yellow oval Bat logo also features additional dots around its middle, similar to how it looked in the 1989 Batman movie.

While Batman has occasionally used the yellow oval on recent Batsuits – notably for his Batman Inc. costume shortly before DC’s New 52 reboot – he very rarely wore it with a blue and gray color scheme outside of flashback appearances. Detective Comics # 1040 featured such a flashback streak, with Batman wearing the costume while fighting the Joker – a possible clue that Bruce would revert to his old costume just a number later.

The blue, gray and yellow Oval Batsuit made its debut in “The Mystery of the Menacing Mask”, a story written by John Broome and illustrated by Carmine Infantino in the 1964s. Detective Comics # 327. The cover of the issue promoted the costume as a bold “new look” for Batman, who would wear variations of it for the next 35 years.

In the late 1990s, after the Knight’s Fall story arc that saw Bruce Wayne recovering from a broken back, the Batsuit became noticeably darker and lost its blue trunks. Following the No Man’s Land arc of 1999, Batman fully embraced darker tones and ditched the yellow oval for a black emblem reminiscent of his First year costume, designed by Dave Mazzucchelli.

Jeremy Blum is Associate News Writer at CBR. A huge fan of comics since he was three years old (back in the days when he could only look at the pictures and imagine what was going on in the word balloons), Jeremy is the administrator of @classic_batman_panels, one of the Most Detailed Batman Fan Accounts on Instagram. He has worked as a journalist in the United States and Hong Kong and writes about video games and tabletop games on his Pixel Grotto blog in his spare time. Find him on Twitter at @ blummer102 or @PixelGrotto.