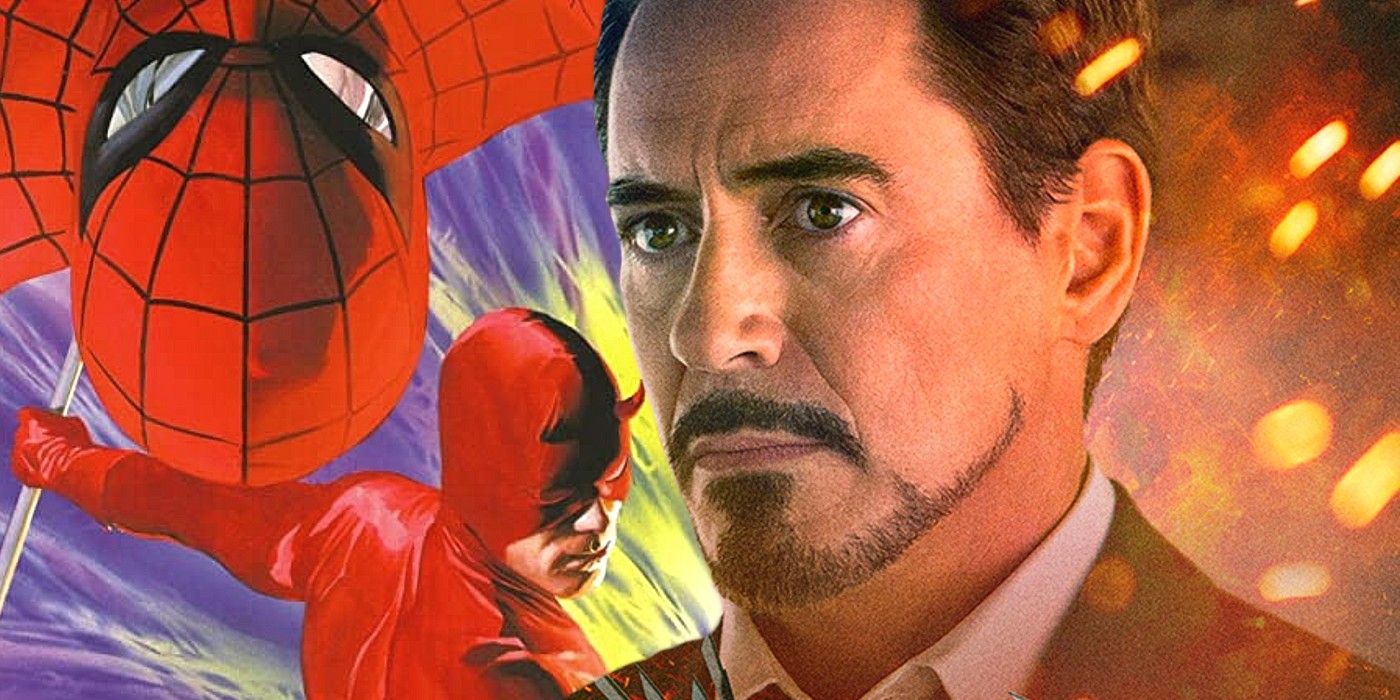 Much like Iron Man in the MCU, the Ultimate Universe version of Daredevil believed Spider-Man was too young and irresponsible to be a superhero.

Despite their relationship in mainstream Marvel comics, Ultimate daredevil believe Spider Man is too young and irresponsible, a bit like Iron Man in Spider-Man: Homecoming. The Devil of Hell’s Kitchen is extremely vocal in his dislike of the young web-slinger in the Ultimate Universe, and the two are definitely not friends. Daredevil taught Peter the same lesson Tony did in the movie, but in a much harsher way. Although Matt and Peter ultimately have a professional relationship, their different personalities and perspectives on the world clash despite the fact that they are both fighting for the good.

Originally appearing in Ultimate Marvel Team Up # 7 by Brian Michael Bendis and Bill Sienkowicz, Matt Murdock’s origin in the Ultimate Universe seemed to follow in the course of his mainstream, his tragic accident blinding him but giving him enhanced non-visual senses. His father died because of the Kingpin, and he later attended Columbia Law School to become a lawyer where he met his loyal friend Foggy Nelson. Matt would help establish Nelson and Murdock’s law firm in Hell’s Kitchen, earning a good reputation in the courts while he applied the law elsewhere as Daredevil.

He originally meets Spider-Man when Peter interrupts Matt’s battle with Frank Castle, the Punisher. Although he is already aware of Spider-Man’s activities through word of mouth, the annoyed Daredevil dismisses the young hero and threatens to have him arrested if he intervenes again. In Ultimate Spider-Man Super Special # 100Peter has doubts about his new costumed career and asks Daredevil for advice. After learning that Peter is sixteen, Matt tells him not only that he’s overwhelmed, but that he should go back to school and come back in five to ten years when he’s older. He concludes the worst pep talk ever by saying: “You’re lucky that I don’t tear that stupid mask off you and turn you over to the police right away. causing the departure of a speechless Peter. It echoes in the MCU, when Tony takes Peter’s costume off and berates him for rushing into situations he’s not ready to handle.

To some extent, Daredevil is right in his criticism of Peter. The young web-slinger is going through a difficult time where the consequences of Spider-Man’s actions often bleed into his personal life, creating problems with those he loves and trusts. Daredevil’s take is that Peter is at a point in his life where he’s likely to be exploited, or that he’s going to see things he’s just not ready for. Spider-Man never takes harsh criticism from the public very well, fueled by the Daily Bugle’s constant description as a criminal and even has problems keeping his identity a secret. However, Matt’s approach portrays him in a less than heroic light, with his serious opinion seen as condescending to someone who wants encouragement from someone he admires.

Although he still finds Spider-Man boring, Daredevil doesn’t hesitate to help him and Wolverine during the Ultimate X-Men The story of “Blockbuster” or invite Peter to join the Knights, his group of costumed vigilantes dedicated to taking down the Kingpin. Daredevil privately thinks the child’s heart is in the right place. The MCU’s Tony Stark often feels the same way and helps guide and mentor the young hero, in whom he saw potential. When Spider-Man discovers Daredevil’s body in Ultimate Spider-Man # 131, a victim of Ultimatum wave that decimated New York, Peter admits that even though they didn’t get along, he always admired Matt. This is similar to how Peter mourns Tony’s death in Avengers: Endgame. And annoying the other heroes of the Ultimate Universe with his humor and easily overwhelmed attitude, in his own way. Spider Man homage to the legacy of daredevil a bit like he does with Iron Man in the MCU.

NEXT: Avengers: How Daredevil Earned His Place Among Earth’s Mightiest Heroes

Drew is a reader, writer, artist and creative professional based in Westchester, New York. He dabbles in cosplay, movie references, comics, and some anime while also being a Ghostbuster. He holds a bachelor’s degree in history, a master’s in editing and is thrilled to be working with Screen Rant. Previously, his articles have been published on Comic Book Resources and Iron Age Comics and he can’t wait to see what happens next!