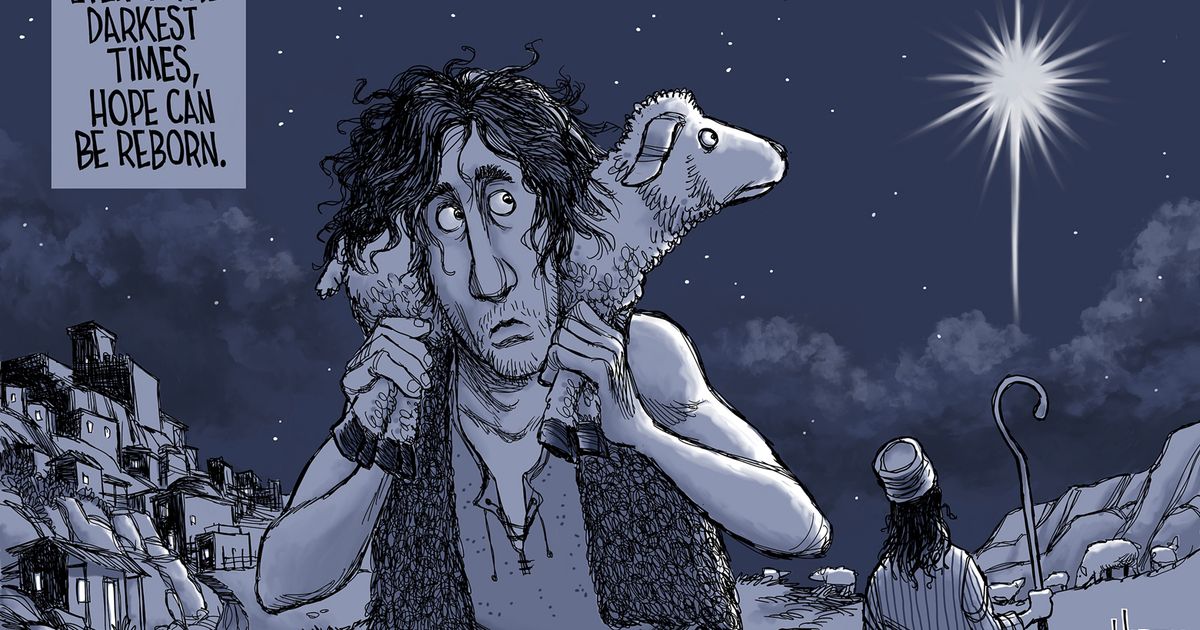 While we live in a time when Christmas was conquered by Santa Claus and Jeff Bezos, it might do us good to reconsider the old tale that started it all. There is a message in the Christmas story that we would do well to remember in these days of pervasive discouragement.

Set aside what you believe or don’t believe about the story of Mary and Joseph going to Bethlehem under a shining star; whether it’s gospel truth or an old piece of myth. Just consider the basic elements of the story.

At the heart of the story is a pregnant teenager from a small town. She lives in a small country occupied by a ruthless imperial power and ruled by a local autocrat so ruthless that he would order the slaughter of babies to protect his grip on power. The young girl and her worker husband are forced by an imperial edict to go to a distant place. When they got there, they couldn’t find accommodation. As a last resort, they lie down in a stable among the cattle, where the young girl gives birth on a blanket stretched over a pile of straw.

It’s not a very promising start for this baby. Nonetheless, his mother is convinced that her son is special; that being born in a barn does not determine one’s future. And, of course, what we do know as a historical fact is that the young woman’s child would turn out to be one of the most important individuals to ever walk the planet.

This story of humble beginnings has always resonated more with the poor, slaves, and foreigners than it did with the powerful and billionaires among us. He makes a bold claim: things can look bleak now, the bad guys can be in charge, the winners can dominate the losers, but nothing is permanent; things will change, new ideas can germinate, hope is not in vain.

A lot of people are feeling disheartened right now. At the local level, homelessness seems intractable. Nationally, false prophets are selling big lies and undermining our democracy. In the international arena, autocrats in fancy costumes – Herod’s heirs – seem to thrive. And, even as a resurgent pandemic sweeps the globe, the greatest threat of climate change looms as an existential threat to humanity.

It may sound hopeless. Yet in the darkest days of the year, the Christmas story speaks for hope. Human beings have lived through many dark ages. Somehow we have found passages to brighter times. Hope does not guarantee that we will be successful, but it gives us a reason to move forward.