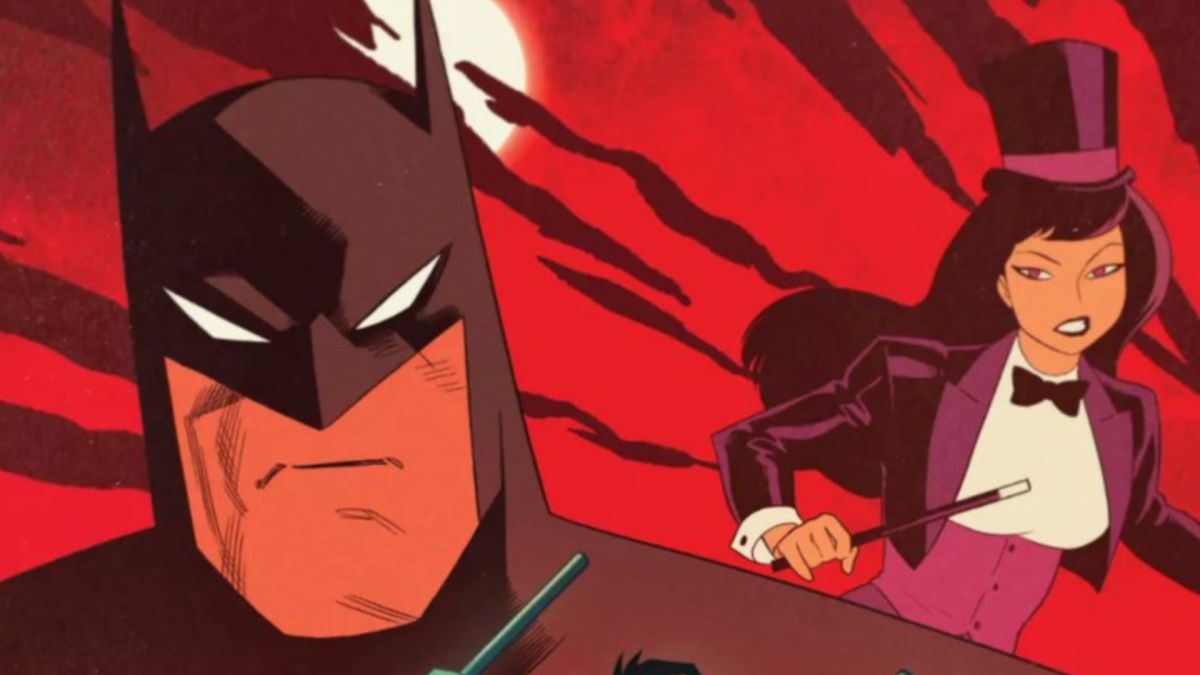 Batman is arguably DC’s most popular character (just look at the dozens of Batman comics DC publishes each month). And for many fans, their love of the Caped Crusader began with the ’90s Batman: The Animated Series. The Dark Knight has had a few shows since, but now he’s getting a new cartoon titled Batman: The Caped Crusader that brings together the style of Batman: The Animated Series with the sensibilities of the upcoming The Batman movie – right down to The Batman director Matt. Reeves and Batman: TAS co-creator Paul Dini being the producers.

Interestingly, however, not too long ago there was another show apparently at least on the pitch scene, with an aesthetic and visual style that perhaps would have been comfortable for fans of Batman: The Animated Series – with its own unique design twists courtesy of artist Kris Anka.

Anka’s name is well known to fans of Marvel Comics in particular, where he worked on the X-Men, Runaways, and Captain Marvel, as well as on numerous covers. Anka has also designed her share of new costumes for Marvel characters, including Dazzler and Spider-Woman.

But according to the artist, it was DC’s Batman that he was asked to help create the art concepts and animated costumes for 2019. The work published by Anka on DC includes a cover variant for Young Justice # 5, featuring Batman allies Tim Drake / Robin and Stephanie Brown / Spoiler, and a cover for Batman: The Adventures Continue Season Two # 2 – a digital first comic set set in the Batman: The Animated Series sequel.

It’s unclear (but unlikely) if Anka’s designs are for Batman: The Caped Crusader. But anyway, the development of The Caped Crusader seems to have freed Anka to share her designs for the Batman costume on the proposed animated series on Twitter.

True to Anka’s clean and approachable style, her Batman designs channel the simple and striking silhouette of the classic animated Batman that is familiar to so many fans, while making distinct changes to the details and color palette of the traditional look of Batman.

(Note in particular the purple and yellow elements in some of the designs, which appear to be inspired by Batgirl costumes, especially Stephanie Brown’s original Batgirl costume. By the way, Stephanie is one of the stars of the upcoming Batgirls title) .

Anka has recently moved away from the comics, working as a character designer for Sony’s upcoming animated sequel to Spider-Man: Into the Spider-Verse, putting the same skills in the spotlight in her design of Batman to use. on an expanded cast of Spider characters. .

Batman may not have a current animated series, but he has more than his fair share of comics coming out. Keep track of all of DC’s Gotham goodness with our list of all new batman comics release scheduled for 2021 and beyond.