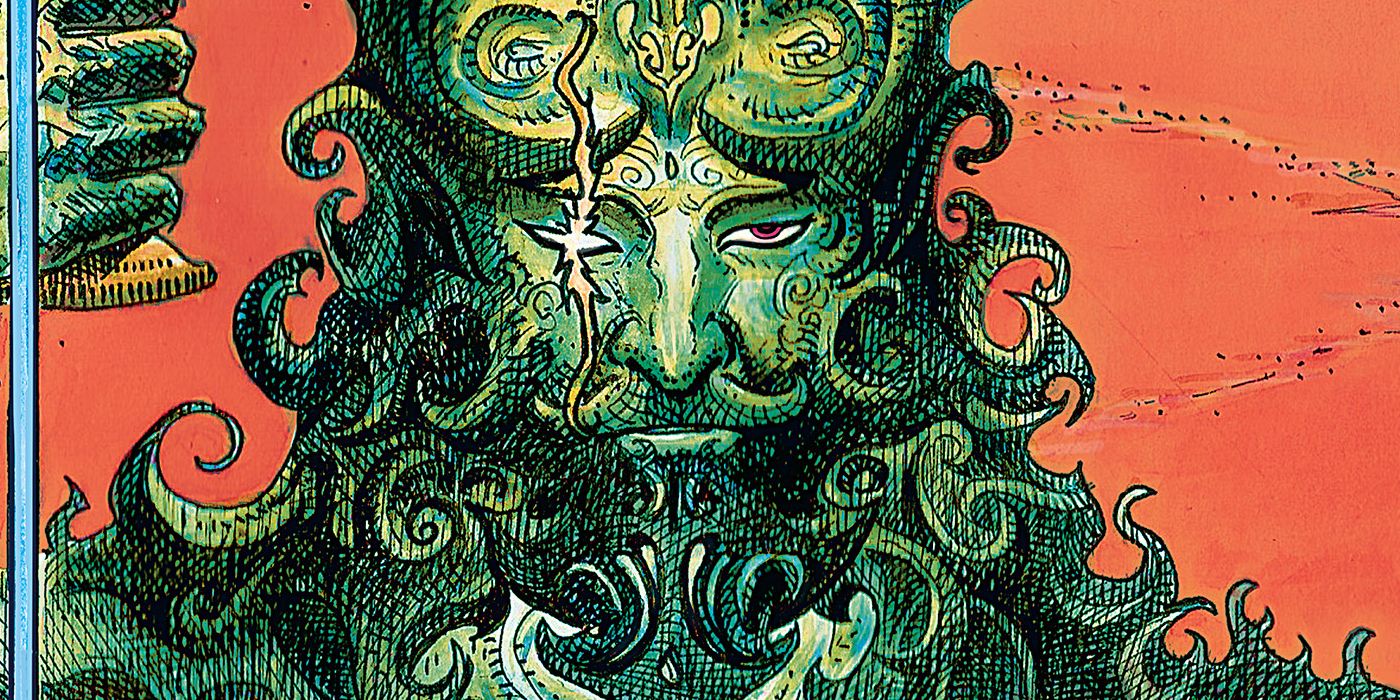 Gilgamesh: Eternal #1 begins when the titular hero and his lover Enkidu battle a fierce monster. just outside the city of Uruk. With the help of some benevolent gods, they are able to defeat the beast and return home to be greeted as heroes. But unfortunately, a jealous goddess has more monsters in store for the dynamic duo. As Gilgamesh struggles to balance his life as an adventurer with his duties as a king, he finds himself in the middle of a divine dispute.

Kerkau does an excellent job of adapting the Epic of Gilgamesh in a fun comic. Gilgamesh: Eternal #1 seems like a fairly faithful adaptation of the classic story, but Kerkau’s talent for rhythm and dialogue helps it feel fresh and contemporary. By focusing on Gilgamesh’s relationship to the insecurities of Enkidu and Lady Inanna, Kerkau humanizes the two divine characters without diminishing the epic scope of their adventures. This empathetic approach makes comics accessible. It’s undeniable that Gilgamesh is a legendary figure, but in the hands of Kerkau it’s possible to see him as a human being. Rather than detracting from the character’s strength, this emotive view of him adds layers to it.

As good as Kerkau’s writing is, Pantoulas’ work steals the show in Gilgamesh: Eternal #1. He adorns several of his panels with pieces of ornate frames while leaving other panels completely open. These stylish flourishes add to the overall composition of each page while rooting each comic book element in the classic era. But when it comes time for the hero to face fierce monsters, Pantoulas knows how to let the action speak for itself. His character designs capture the essence of these iconic characters and creatures while being unlike any other depiction. Pantoulas’ watercolors are particularly striking. Its colors bring a sense of playfulness and excitement to every scene.

Gilgamesh: Eternal #1 is a charming and intriguing read from cover to cover. The first issue sets the stage for plenty of drama and excitement in the following installments. Fans of the source material will be reassured by the faithful retelling of the Epic of Gilgamesh, and everyone is sure to be entertained by the fantastic action. Kerkau crafted a carefully paced, character-driven narrative, and Pantoulas makes every page beautiful. This first issue is a must read for fans of mythology and good comics.

Dustin is a writer and cartoonist living in northern Colorado.