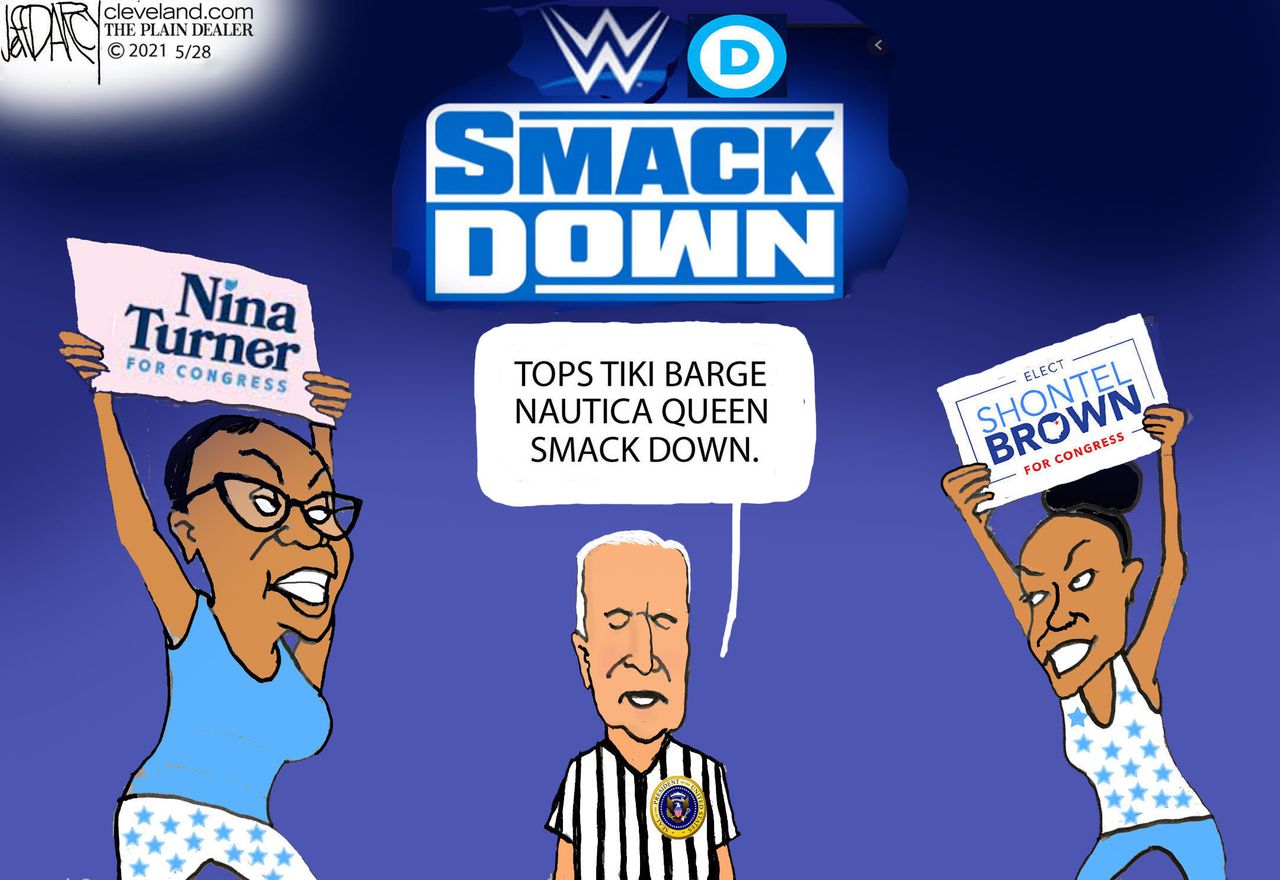 CLEVELAND, Ohio – While WWE SmackDown is now set to return to Cleveland in July, two more SmackDowns have already taken place in the 11th District Convention Race between Nina Turner and Shontel Brown, and on the Cuyahoga River, between the Nautica Queen. and a Tiki Barge which ended it from behind.

President Joe Biden was in Cleveland on Thursday to speak to Tri-C and stop by an ice cream shop, but he’s already been in the WWD SmackDown between Turner and Brown, with Brown wanting to team up with him against Turner, when he is more interested in scoring a Vax-a-billion victory for infrastructure.

There are 8 candidates in the race for the seat vacated by HUD Secretary Marcia Fudge, but judging by the TV campaign ads, it’s now a two-woman race between Turner and Brown.

Brown’s one and only commercial ends with a negative attack on Turner, claiming that she will not work with Biden. In the last section of the ad, Brown says she “will be working with Joe Biden, it’s different from Nina Turner.” Then a clip airs Saturday morning on MSNBC host Tiffany Cross interviewing Turner and saying, “You’ve been very critical of Joe Biden.” Brown ends the announcement by saying again that she will work with President Biden, deducing that Turner will not.

What the ad refers to are Turners’ comments in a 2020 interview in The Atlantic in which she compared the choice between Donald Trump and Joe Biden to eat a “bowl of Sh-“.

Turner had been co-chair of Bernie Sanders’ presidential campaign.