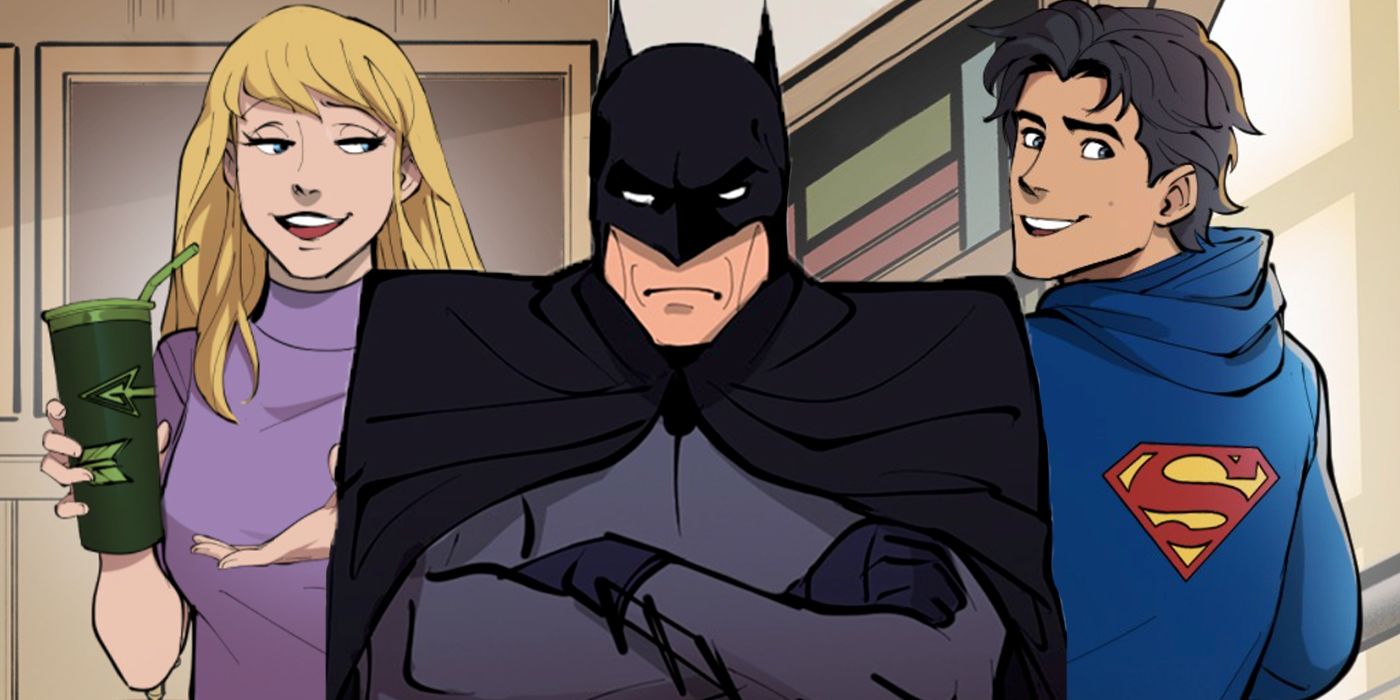 People love to shop for clothes from their favorite fandoms, display figures of beloved characters on their shelves, and tote around the latest superhero-themed bag, but the Original Webtoon Batman: Wayne Family Adventures just created merchandise that fans didn’t know they needed. As the comic online explores the latest Bat-Family dynamics, the motley group of vigilantes find themselves donning the garb of their favorite Justice League heroes … and Batman feels a bit left out.

The Bat-Family is extremely popular in the DC comics and superhero world. Whether it is because of the strong attraction and popularity of Batman, or the number of fans that later members of the Bat-Family have amassed over the years; his vigilante group is greatly appreciated. They also constantly have the opportunity to further explore their dynamics, relationships, and place within Batman’s umbrella hierarchy. The most recent such exploration takes place in none other than a Webtoon comic from creator CRC Payne and inker Starbite. Fans are starting to see the family in a whole new light, and now, in a whole new costume.

The newly released Batman: Wayne Family Adventures follows the Bat-Family in a modern, playful tale that allows readers to see their favorite characters like never before. The dark, gritty vibe that normally shades them at all times is replaced with something lighter and more fun. This allows for a chapter in which Nightwing buys a bunch of Justice League memorabilia at a sale and spends the day distributing his finds to the rest of the team. He makes sure everyone gets a piece of their favorite heroes’ merchandise: Dick gets a Superman hoodie, Jason Todd gets Wonder Woman sweatshirts, Duke Thomas gets the Flash shoes, and Stephanie Brown gets a Green Arrow mug. Unfortunately for Batman, no one ends up representing him. So, as Bruce becomes extremely irritated at the lack of recognition he is getting from his own family, fans become extremely irritated that they have nowhere to buy the clothes shown in the real world.

Of course, there are already plenty of real-world merchandise fans can get their hands on, but there’s no denying that the products featured in this chapter and other Batman comics are extremely worthy of retail. CRC Payne and Starbite have been successful in bringing readers some extremely desirable things, but unless DC or one of their affiliates sees its market value in the real world, the comedic version will continue to be nothing more than a tease for what could be. It would be a shame if none of this hit the stores, as Jason’s Wonder Woman sweatshirts are arguably some of the best superhero sweatpants ever made. They look comfortable, practical and the design is beyond elegance. They cry goddess of truth without being obnoxious … except for Bruce. He obviously finds them extremely obnoxious, but that’s more a matter of pride than taste.

Leave it to the fictional world to create such a desirable commodity: making what fans need but can’t get their hands on. After seeing this, it looks like it would be up to DC to look to reach out to fans, artists, and others to find their memories. After all, it’s the fans who know what they want and would buy, so it makes sense to check them out. Marvel consulted with fans when electing their current X-Men squad, so DC can certainly consult with theirs to build their stock. Specifically, they should think about consulting the creators of Batman: Wayne Family Adventures because they have already proven their taste, as well as their knowledge, in terms of what people want to buy.

Next: Wonder Woman’s Family Deserves To Be As Popular As Batman’s Bat Family

Katie Michel is a Star Trek obsessed, D&D, game player, reading books, directing movies, Shakespeare loving, all around nerd based in Los Angeles, California. She ended up at Screen Rant thanks to her love of writing and all things entertainment. A graduate of UC Santa Barbara’s Film and English programs, she aspires to write articles that will interest readers on the same level as she does about conversations about her favorite obscure foreign films.

The 10 biggest Spider-Man 1994 changes the comics made