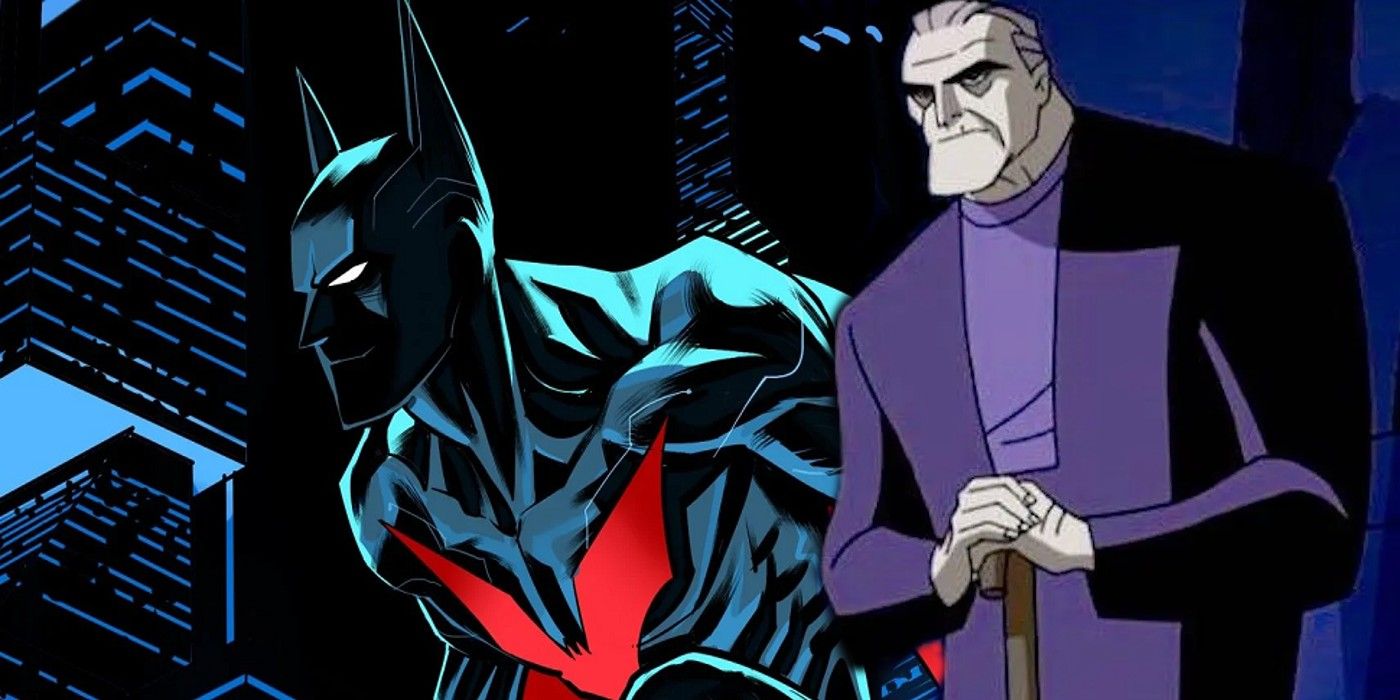 Batman Beyond Finally Expands On The Cartoon’s Best Line

The Batman Beyond: Neo Year comics finally expand on one of the original series’ best lines, using it to expand on the character of Terry.

The batman beyond the comics finally recalled one of the series’ best lines. batman beyond was a cartoon following the adventures of a futuristic version of Batman, Terry McGinnis as he learns from an elderly Bruce Wayne how to be a hero. The series only had three seasons, but it gained a cult following and spawned a variety of comic book series, including the ongoing series Batman Beyond: Neo Year.

Batman Beyond: Neo Year focuses on Terry continuing his job as Batman after the A.I. Living Gotham and kills his mentor Bruce Wayne. He must quickly come to terms with Batman’s death and figure out how to be Batman without Bruce’s guidance. All of this while also having to deal with Living Gotham trying to kill him as well. This forced him to constantly hide his identity from others and assume a fake personality. But despite this ordeal, it also allowed him to understand his predecessor on a deeper level than ever before.

In Batman Beyond: Neo Year #3 by Jackson Lanzing, Collin Kelley, and Max Dunbar, Terry attends Commissioner Barbara Gordon’s retirement party to investigate new Wayne-Powers CEO Donovan Lumos. He takes the alias Neal Gibson and then reflects on something Bruce said on the TV show’s seventh episode, “Shriek.” There, Bruce had explained that Shriek had failed to make him believe that he heard voices in his head because he had never mentally called himself “Bruce”. This provides another reason Batman keeping his identity a secret is helpful, but it’s also much deeper than that. While Terry joked about the line at the time, he now understands the true extent of what his mentor meant. He realizes that outward identity is just outward performance, whether he’s Terry, Batman, or any other alias.

The line from the original cartoon was already great, showing how mentally resilient Bruce is and that even in his old age he still considers himself a hero. But expanding the idea in this comic both gives it more depth and is able to fuel Terry’s own character growth. It’s not that Bruce thinks his time outside of being Batman is pointless or not really part of his life (even if this series shows that Bruce’s life mission as Batman ultimately failed). Instead, he considers it more of a showmanship. But as Terry shows in this issue, performances can still be incredibly meaningful. He uses his performance as Neal Gibson to seek out information he wouldn’t otherwise have access to, just as his predecessor used his Bruce Wayne persona to perform great acts of philanthropy with his vast wealth.

The fact that this line is included in this series is a sign that its creators both deeply understand and are huge fans of the original series, which means this comic will likely make anime enthusiasts very happy. Especially since their pleas for live action batman beyond adaptation (which could be amazing) went unanswered. Referring to the original batman beyond cartoon in such a meaningful way, Batman Beyond: Neo Year enriches both its story and the original series, making it a must-read for fans of this series.

More: Batman Beyond Proves Bruce Wayne Is A Terrible Mentor

Batman Beyond: Neo Year #3 is available now from DC Comics.

How Any Marvel Character Can Lift Thor’s Hammer, But Not Be Worthy Of It

Every hero shown to be in the game so far