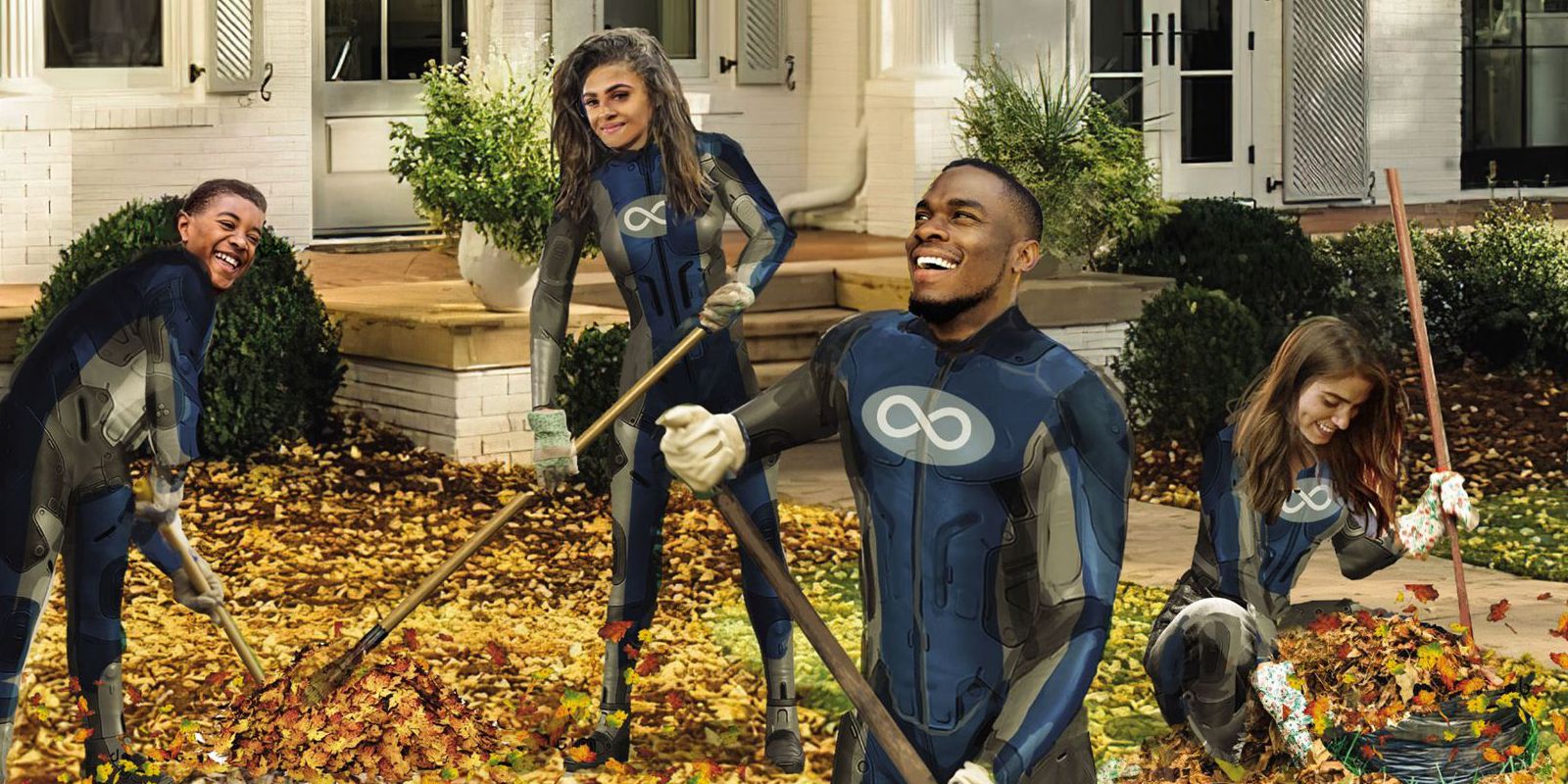 The Joneses #1 by Michael Moreci and Alessandro Vitti introduces readers to a charming new superfamily.

It seems safe to assume that pop culture will be dominated by reactions to the COVID pandemic for years to come. Author Michael Moreci has already drawn heavily on the challenges of recent years. He and fellow writer Tim Seeley recently worked together to create an apocalyptic horror film. And now, Moreci has teamed up with artist Alessandro Vitti and AWA Studios to present a new five-part series set in the same universe as J. Michael Straczynski and Michael Deodato. Resistance. The Joneses #1 is a gripping debut issue that introduces readers to a new family of superheroes.

The Joneses #1 follows the Jones family as they struggle to balance their newfound superpowers with their daily lives in an increasingly divided social climate. Many of their neighbors believe that people with superpowers are responsible for a recent public health crisis, known as “the great death”, which has ravaged the world, so the Joneses are forced to hide who they really are even their closest friends. As if that weren’t enough, the family matriarch finds it increasingly difficult to control her powers. As tensions rise, dangerous super-villains emerge and each member of the family is forced to make tough decisions.

Many readers will see real-world nuances in The Joneses #1. Moreci is not subtle about the parallels between his fiction and reality. “The Great Death” sounds like a hyperbolic version of the COVID pandemic. Similarly, the confrontational nature of public discourse in The Joneses #1 seems to echo the state of the real world. This allegorical approach facilitates the reader’s acclimatization to the world of comics, leaving Moreci the freedom to flesh out his characters. Throughout this first issue, he reveals more and more the tense but endearing dynamic of the family. There’s something cathartic about watching a family grapple with their personal issues in the wake of a global health crisis.

Vitti’s art perfectly captures the tone of Moreci’s work. Her ability to describe a wide range of emotions helps Moreci build tension throughout the many difficult conversations that make up The Joneses #1. He is equally good at capturing the spirit of the landscape. His depictions of suburban Illinois evoke a calm, almost pastoral feeling until closer inspection reveals something sinister lurking behind the cookie-cutter houses. But Vitti’s work really comes to life in the action sequences. It draws the girl’s super speed with a frenetic, excitable line that communicates the extent of her power while adding to the overall composition of each page.

The Joneses #1 is a thoughtful and well-crafted meditation on life in the aftermath of disaster. It functions both as a satirical analysis of the current cultural zeitgeist and as a good old-fashioned superhero story. Both Moreci and Vitti are firing on all cylinders in this debut issue, which has something for everyone.

Dustin is a writer and cartoonist living in northern Colorado.