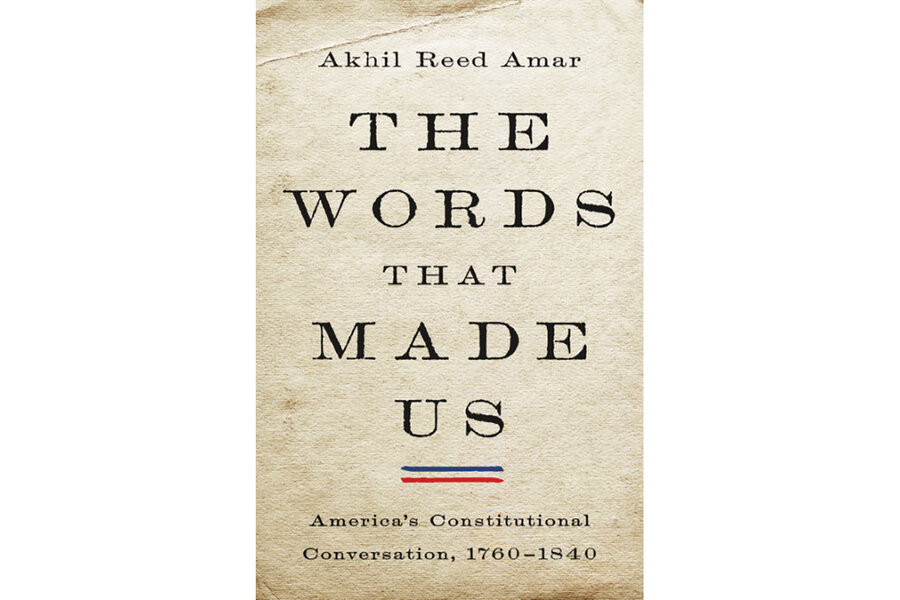 America was built with brochures, not muskets


Who drew up the declaration of independence? Thomas Jefferson is widely credited as its author, but Akhil Reed Amar believes there is a better answer. “America did it,” Amar says in “The Words That Created Us: The American Constitutional Conversation, 1760-1840.”

Amar’s fresh and compelling story centers on the explosion of passionate speech that culminated and followed the ratification of the U.S. Constitution. The book elevates the importance of dialogue and debate in consolidating American identity. Regarding the declaration, for example, the author observes that it “was without doubt a tool to win the war – an instrument in a sense no different from a musket or a ship”. Unlike the weapons of the American Revolution, however, the Declaration of Independence “aimed to win a war by conquering the minds of men – by reason and rhetoric, by persuasion, by conversation of some type.” Muskets and ships cannot do this.

Amar covers familiar events as the Revolution approaches, including colonial resistance to the Sugar Act of 1764 and the Stamp Act of 1765. But he begins his story with a lesser-known episode, tracing the ideological origins from the war to the case of Paxton. In this complex 1761 lawsuit in Massachusetts, attorney James Otis Jr., representing a group of Boston merchants, argued that the writs of assistance – orders that allowed provincial customs officials to search colonial properties for contraband – violated the rights of settlers.

The writs case paved the way for the argument that the British Parliament had no legitimate authority over the settlers, who lacked parliamentary representation. At that time, Amar emphasizes, the different colonies were more in contact with the motherland than with each other. As they continued to bristle against British rule, “the settlers were more and more in conversation with each other and became more and more American.”

These conversations were both deep and broad. Colonial assemblies began to correspond for the first time, as newspapers, books, advertisements and political cartoons proliferated. (In the 1790s America had more newspapers per capita than any other country, Amar reports.) Thomas Paine’s 1776
the widely read and reprinted pro-independence brochure Common Sense has had a transformative effect. “Almost overnight,” writes the author, “it upset the settlers’ emotions about their king and revolutionized their attitudes toward royalty in general.”

Get the surveillance stories you care about delivered to your inbox.

Amar emphasizes the relutive and reciprocal character of political discourse. As the colonies split from Britain, they drafted their own state constitutions, building on ideas their neighboring states were developing. The drafters of the American Constitution, meeting in Philadelphia in 1787 to replace the ineffective Articles of Confederation, borrowed and improved the ideas of the states. In turn, after the ratification of the U.S. Constitution – a process that itself involved a year of heated continent-wide discussions during state ratification conventions – state constitutions began to incorporate features of the United States. federal model.

“The Words That Made Us” is particularly timely. Amar writes: “The most important conversational imperative in the early republic was the simple existential requirement that the Constitution … survive. His survival was not taken for granted then, and many warned that his survival should not be taken for granted now.