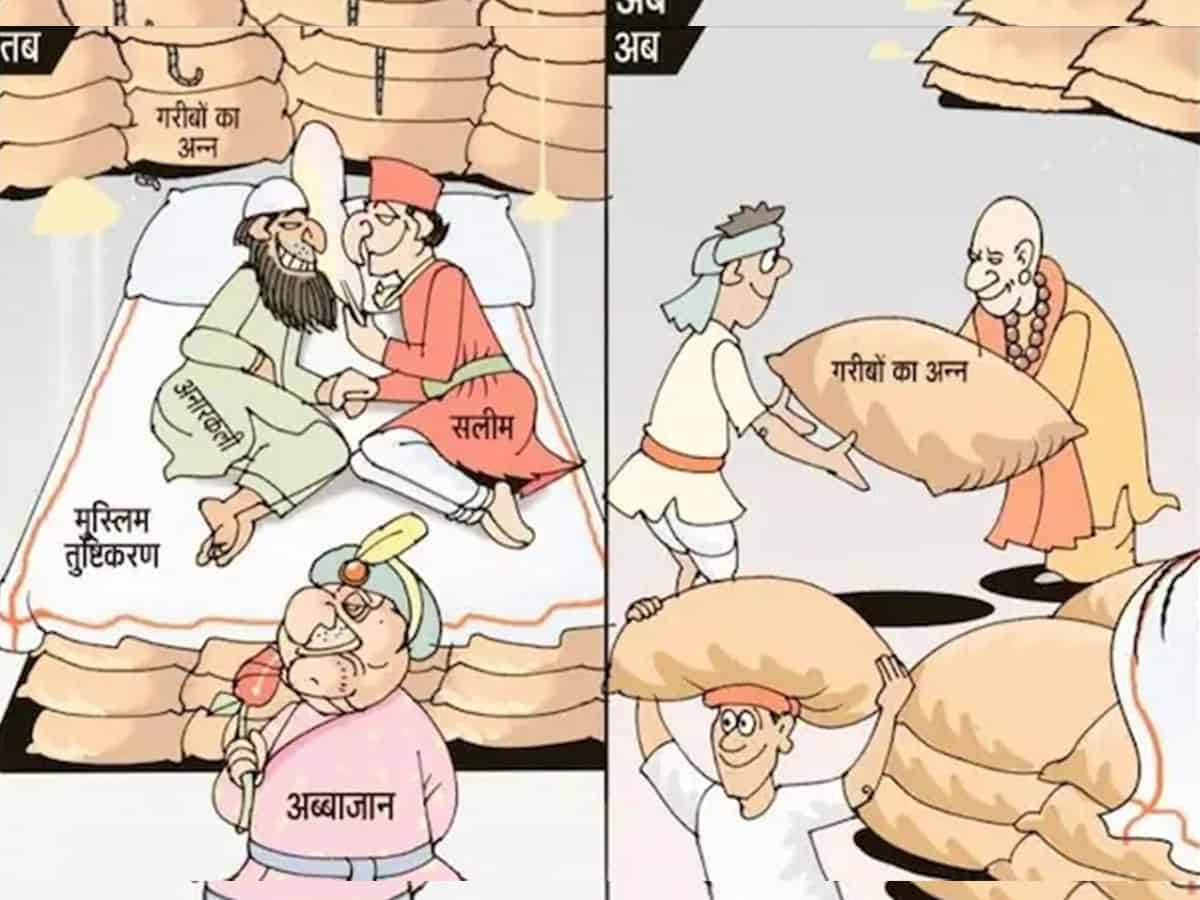 ‘Abba jaan’ line rears its head on a cartoon

Lucknow: The “abba jaan” controversy in Uttar Pradesh politics refuses to end, and a cartoon on the line went viral on Monday.

The BJP allegedly stoked the row by coming up with a cartoon that searches All India Majlis-e-Ittehad-ul-Muslimeen (AIMIM) leader Asaduddin Owaisi and party leader Samajwadi Akhilesh Yadav.

In the cartoon, Owaisi and Akhilesh Yadav are depicted as Mughal Emperor Jehangir and Anarkali who are seen lying on a sack of rations, apparently intended for the poor, under the gaze of “abba jaan” Mulayam Singh Yadav.

In the second part of the cartoon, Chief Minister Yogi Adityanath distributes rations to the poor.

It can be remembered that recently Yogi Adityanath said that those who speak of ‘abba jaan’ are those who eat the ration intended for the poor.

“Under the leadership of Prime Minister Narendra Modi, there is no room for the policy of appeasement. Before 2017, could everyone have a ration? Previously, only those who said ‘abba jaan’ digested the ration, ”Adityanath told Kushinagar.

Akhilesh Yadav and Owaisi, along with several other opposition leaders, had denounced the chief minister for his remarks.

This led to great fury in the opposition parties, who accused Adityanath of blatant communalism.

On the other hand, Akhilesh Yadav said, “Even after more than four years, this government is changing its name and color, claiming the work done by the SP government as its own. As they know their government is on the verge of collapse, the language of its leader has changed.

He said that a few years ago, when the chief minister visited Kushinagar, children and the poor were given soaps and shampoos to first take a bath and then meet with him.