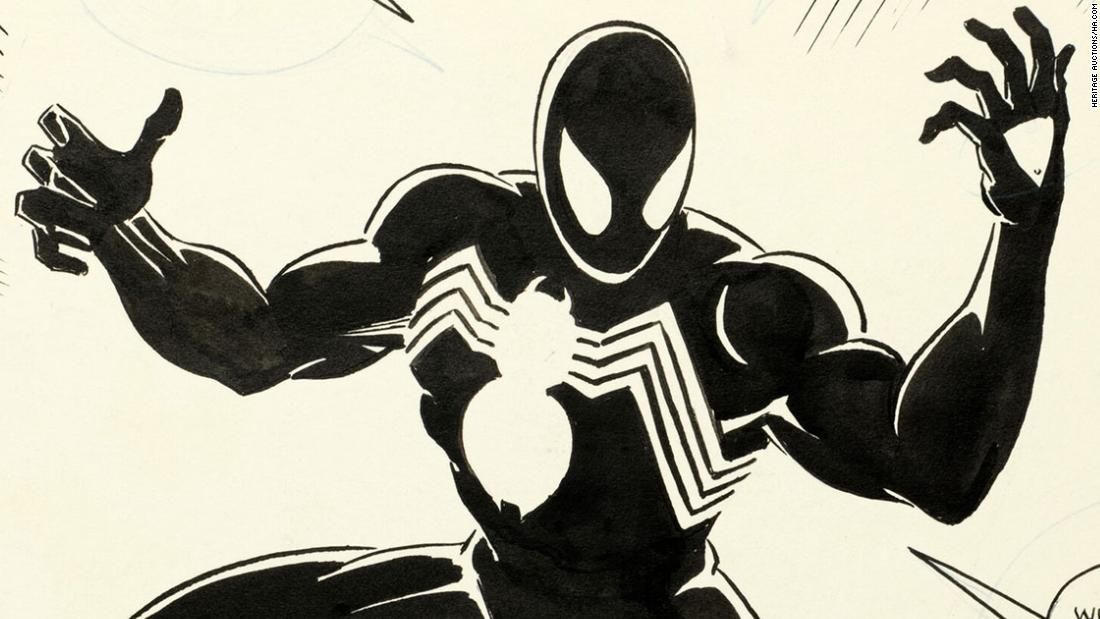 “Today’s results prove what we’ve been saying for a long time: the art of comics is as beloved and valuable as anything put on the canvas,” said Joe Mannarino, who leads the Department of comic book and comic book art from Heritage Auctions in New York, in a statement.

The auction house didn’t reveal the winning bidder, but whoever it was clearly knew Spider-Man’s backstory. The pages are from the Marvel crossover series “Secret Wars,” in which beloved heroes clashed against classic villains on a planet called Battleworld. In the eighth installment of the limited series, released in 1984, Spidey encounters an alien symbiote – sound familiar? – who wears his traditional red and blue costume, which he damaged in battle.

“That globe just spread out and became a costume and dissolved the shreds of my old one in the process!” Spidey exclaims on the 25th page.

But once our web-slinger puts on his new costume, the symbiote drastically changes his personality – for wonder, he is no longer an ironic good guy but a “revenge-fueled vigilante”.
Spider-Man ends up parting ways with the symbiote after ‘Secret Wars’ concludes – long story, but Mister Fantastic himself has to do some science to take it out Spidey once and for all – and that alien goo finds its way to a more suitable host – Eddie Brock, who becomes Venom.
The movie version of Spidey also found its way to the black suit, though the merge drew decidedly mixed reviews. In “Spider-Man 3”, Tobey Maguire’s Peter Parker donned the symbiote suit and got snippy with his beloved Mary Jane, damaging their relationship. It also inflated his ego to the point where he danced in the streets of Manhattan, an uncomfortable but eternal piece of cinematic history.