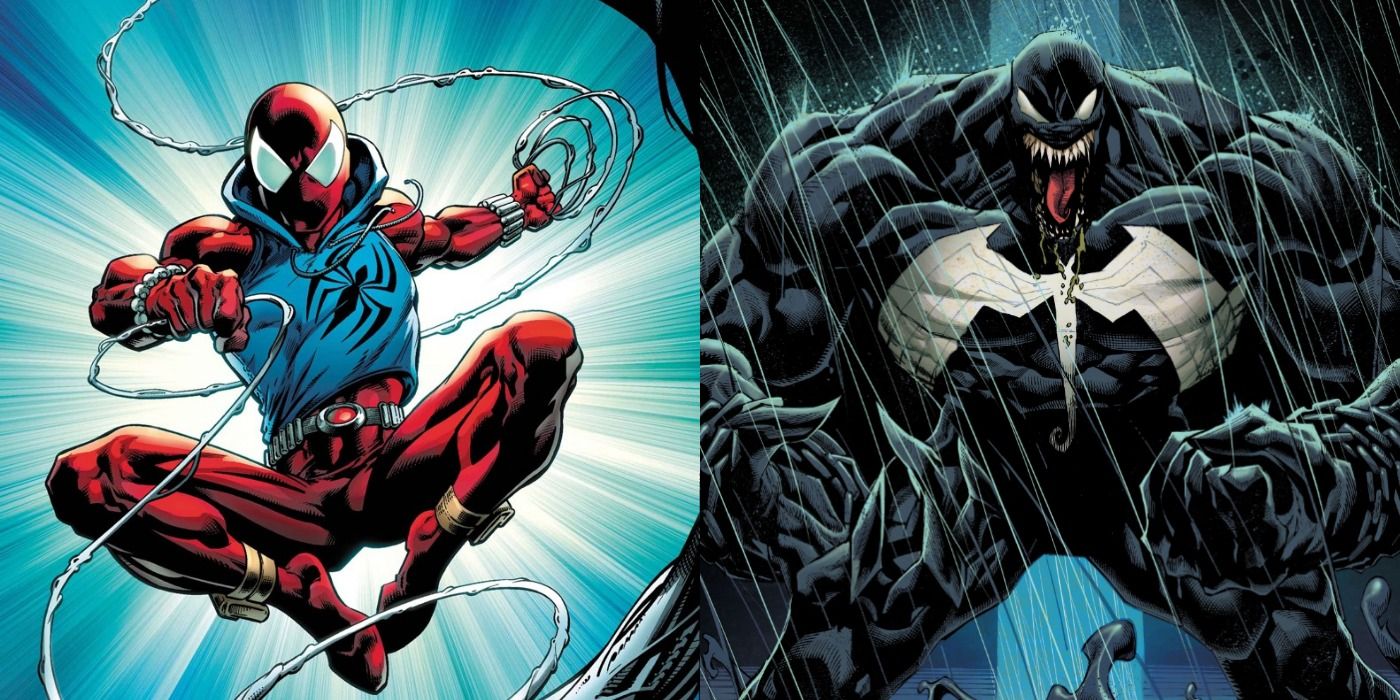 Spider-Man has one of the greatest supporting characters in comics. There’s Aunt May, a loved one with no superpowers but a killer apple pie; Mary Jane Watson, a friend who has become the love of Peter Parker’s life; and Norman Osborn, the father of one of Peter’s best friends who would ultimately become Spider-Man’s main enemy, the Green Goblin.

RELATED: The 10 Best Chameleon Moments In The Spider-Man Comics, Ranked

With so many characters, it’s no surprise that some are more popular than others. While Spider-Man has appeared in countless different comic book series over the course of his existence, he has worked with allies fans never liked, and some whom they actively hated. At the same time, he also has colorful villains that fans have come to love and adore.

One of the most hated Spider-Man storylines in comic book history is the Clone the saga event that occurred in the mid-90s. At first, the story seemed interesting with clones of deceased characters like Gwen Stacy returning to remind Peter of his past. The problem is, when the story ended, the resulting changes displeased longtime fans.

The main change that fans opposed was the Spider-Man everyone thought they knew was a clone; a new character, Ben Reilly, was the one and true Spider-Man. When the real Peter Parker returned, readers realized Marvel had made them follow the life of an impostor, and many fans lashed out at Ben. Reilly eventually became the Scarlet Spider, but many fans have never forgiven the deception and still don’t like it in the present.

Venom emerged as an all-new villain when Todd McFarlane and David Michelinie put Spider-Man back in his original costume for the 300th issue of The Amazing Spider-Man. McFarlane said he wanted to create a new villain out of the symbiote black suit Spider-Man wore, and his creation became more popular than expected.

Venom has come to hate Spider-Man, but he focuses his murderous urges largely on the web-slinger. When he wasn’t trying to kill Peter Parker, Venom was protecting innocent people and, on occasion, saving the world. Venom has since become a huge fan favorite and a best-selling character in every medium he appears in.

If there’s one thing that really turns off comic book fans, it’s when someone shows up in a big role but has never been in the comics before. This happened with Teresa Parker, who turned out to be Spider-Man’s sister that he and comic book fans were unaware of.

Teresa was a spy working for SHIELD, and even she didn’t know her brother was Spider-Man. Over time, the two developed a decent relationship and she returned in 2021 to learn more about her past, but fans never accepted her as an important part of Spider-Man’s life.

Doctor Octopus was one of Spider-Man’s oldest villains. Between Doc Ock and Green Goblin, they threatened Spider-Man more than any of his other enemies. Doc Ock then did the one thing no villain had successfully accomplished: he killed Spider-Man and took back his body.

As a result, Doctor Octopus became the Superior Spider-Man, one of the more powerful versions of the Wall-Crawler. While it may have annoyed endless fans, Ock won over readers of his comic book series. His genius intelligence and arrogance, mixed with his attempts to do the right thing, have made his run one of Spider-Man’s best in Marvel over the past decade.

This is a difficult question. Fans loved Spider-Gwen when she first appeared in the Marvel Universe. It was a Gwen Stacy from an alternate Earth who became Spider-Gwen when Peter Parker died in his world. She was fun, quirky, and an awesome new character who broke the fourth wall like Deadpool.

However, something happened when Spider-Gwen moved to Earth-616. She changed her name to Ghost-Spider and lost a lot of what made her popular when she lived on Earth-65. Fans who loved Spider-Gwen took a turn for the worse when she adopted the new Ghost-Spider character and the new costume that came with her. Readers began to fall in love with Gwen and began to hate her new role as Ghost-Spider.

Morbius first appeared in The Amazing Spider-Man # 101 and shared a lot in common with another villain from this book, The Lizard. Both were scientists who accidentally turned into monsters. The two didn’t want to be mean but ended up with little choice in the matter.

However, it didn’t take long for fans to show their love for Morbius, and Marvel made him an antihero rather than an outright villain. Since his eponymous comic book series in the 1990s, Morbius has treated villains in a violent manner but remained someone who wanted to be better than his vampiric nature. The Living Vampire has become popular enough to justify his own Morbius film slated for release in 2021.

Cassandra Webb was the original Madame Web in the Spider-Man comics and introduced the Spider-Totem, which revealed the existence of other spider heroes in the multiverse. Much of the hatred was directed at Madame Web, with readers blaming the Messenger for the changes to the Spider-Man mythos. It didn’t help that Cassandra was never a real help to Spider-Man, all of her advice being cryptic clues that left Spider-Man and readers confused.

It took a long time for fans to buy into the idea of ​​Spider-Totem, one of Spider-Man’s most underrated comedic arcs. Marvel soon realized that fans didn’t care about Madame Web and eventually replaced her with the more popular Julia Carpenter, the former Spider-Woman and West Coast Avenger.

At one point, Kraven the Hunter was just another Spider-Man villain, no different from Elektro, Sandman, or Mysterio. Spider-Man’s Thugs Gallery is popular with fans, but most don’t stand out from the crowd. Kraven ended up making his mark and became one of Spider-Man’s best comic villains, due to an iconic 1980s storyline.

“Kraven’s Last Hunt” was a crossover event in the Spider-Man comics by JM DeMatteis and Mike Zeck. In this story, Kraven ultimately defeated Spider-Man and buried him alive. He then took on the role of Spider-Man before realizing he had nothing more to prove. This made Kraven so popular with fans that they’ve been craving his movie debut for years.

Miles Morales is one of the most beloved characters in Spider-Man comics today. However, this has not always been so. When Miles first appeared, fans outright rejected him. Peter Parker has always been Spider-Man for many fans and when Peter passed away in the Ultimate Universe and Miles replaced him, fans initially hated the move and any character associated with it.

Gradually, fans started to like Miles and his diversity of supporting characters. His innocence and loyalty won over many fans, reminding them of how Peter once was. He has since joined the main Spider-Man on Earth-616 and has grown into one of Marvel’s best characters. It just took a while for the fans to come to terms with it.

Norman Osborn was the father of Peter Parker’s best friend Harry Osborn. What neither of them knew was that they were also deadly enemies like Spider-Man and Green Goblin. Norman ended up faking his own death so that he could torment Spider-Man from afar and become a very popular villain that fans are rooting for.

When he strayed from the Spider-Man comics and became an antagonist to all of Marvel’s heroes for Dark reign, he became even more beloved as a universal “Big Bad” like Thanos and Doctor Doom. In 2021, Norman began to change his mind and attempted to make amends for his past misdeeds, showing an unexpected new side to Spider-Man’s former villain.


Next
X-Men: 10 things only comic book fans know about Snape

Shawn is also a published author, with a non-fiction book about the directors of Stephen King Dollar Baby and has also started work on a new fiction series. Visit Shawn Lealos website to learn more about the writing of his novel and follow it on Twitter @sslealos.